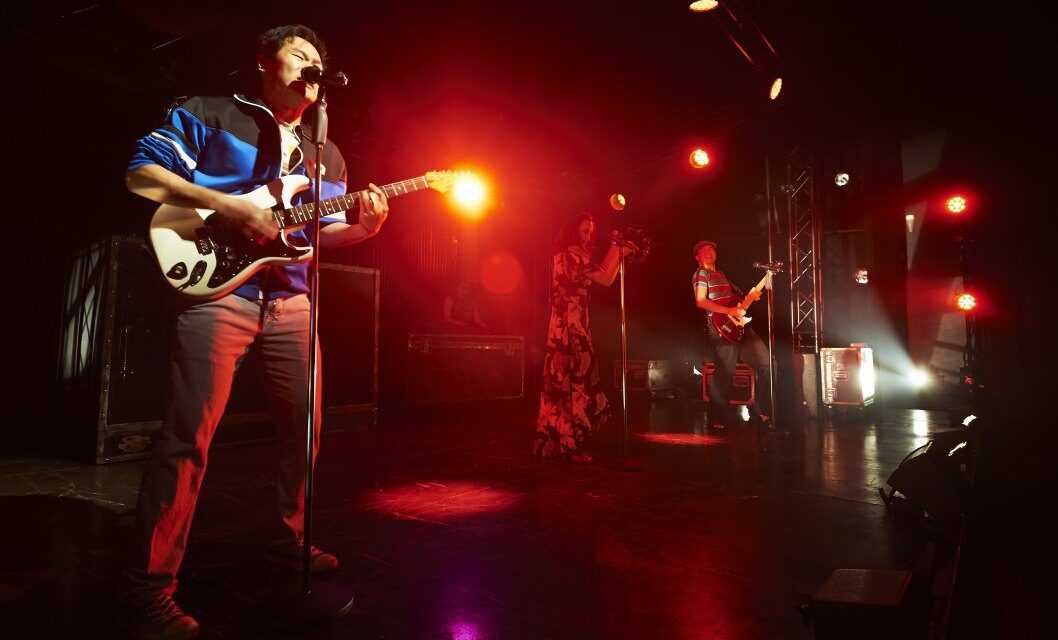 Lauren Yee’s new play Cambodian Rock Band is one of the most-produced plays in the 2019-20 American theater season; Yee herself is the second-most produced playwright this year. That’s welcome news, not only because it is evidence that the American theater is making more space for works by women and writers of color, but also because it demonstrates a recognition that regional theater audiences are hungry for stories that explore an expanded diversity of lives and experiences.

Cambodian Rock Band revisits a history that too many of us probably know too little about: the genocide perpetrated by Pol Pot and the Khmer Rouge from 1975 to1979. In Yee’s play (directed here by Marti Lyons), Cambodian-American Neary (Aja Wiltshire) works in Phnom Penh for an NGO that is retroactively attempting to bring Khmer Rouge war criminals to justice. Her specific target is Duch (pronounced “Doik”), the notorious head of an interrogation and torture site from which only 7 of some 20,000 prisoners escaped with their lives. At the play’s begin, Neary has recently unearthed evidence that an eighth detainee survived, and she is about to launch a search for that person when her father Chum (Greg Watanabe) unexpectedly comes to visit her in Cambodia after thirty years living in the US. Neary is devastated to learn that the new survivor she has discovered is, in fact, her father, who has built a wall of secrecy around his past. Through flashback he reluctantly unspools the story of how his carefree youth as a member of the Cyclos, a fledgling rock band, was upended by Pol Pot’s seizure of power; in the process, he also lays bare the trauma, guilt, and shame that has hitherto kept him from sharing his past with his family 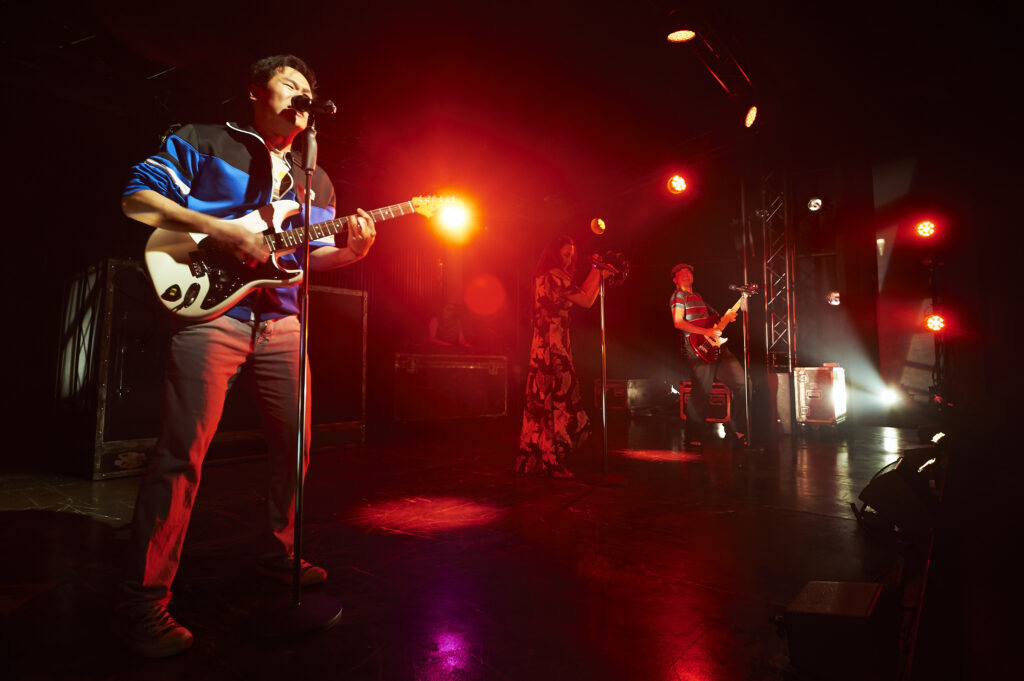 Cambodian Rock Band is a hybrid of rock concert and theater – the set looks like the stage for a rock concert, with prominent lighting trusses framing a space that is mostly empty save for an elevated drum cage and a keyboard platform (scenic design is by Yu Shibagaki). Music – some of it written by Dengue Fever, and some taken from the archive of Cambodian rock music of the 1970s – both frames the beginning and end of the play and punctuates the action at key moments, serving at some points to comment on the story and at others to highlight the vivacity of culture and energy lost to the Khmer Rouge genocide. The psychedelic/surf-rock style band consists of Eileen Doan (keyboard), Peter Sipla (drums), Christopher Thomas Pow (lead guitar) in addition to Watanabe (bass) and Wiltshire (lead vocals); they click together terrifically as a rock ensemble, and Wiltshire has an amazing voice that rises above the music with a smooth, gorgeous, bell-like clarity.  The plot of the play itself has two distinct threads: one is the story of the father-daughter relationship healed through the revelation of his past, and the other the story of Chum’s ordeal as Duch’s prisoner. The latter is more successful in terms of theatrical storytelling than the former, which feels too much like a melodramatic device meant to hook audiences into a “universal” relationship. The whole is narrated by Duch (played charismatically by Albert Park), a choice that serves to humanize a monster and invite us to consider how readily systems of power make devils out of ordinary humans. Additional characters from Chum’s past and Neary’s present are played by Doan, Sipla, and Pow.

A magnetic performance by Watanabe grounds the emotional center of this production. In the early scenes, Watanabe leans into playing Chum as something of a one-dimensional caricature, with a stilted accent, a seeming lack of emotional depth, and a cheerful but clueless penchant for bulldozing into his daughter’s life. As the play proceeds, that one-dimensionality is revealed to be a defense mechanism erected to protect him, and his family, from the trauma of his past. The younger Chum is just as optimistic as his future self, but with a far more rich and complicated psychology and a greater degree of vulnerability and openness. Watanabe masterfully measures out the emotional progression of his character, such that by play’s end, the elderly Chum has a depth and poignancy that is both wholly unexpected and fully justified.

I started this post by noting that the popularity of this play demonstrates that there are audiences for a diversity of stories; I left the production at City Theater thinking a lot about how Chum’s experience is likely duplicated by that of so many present-day asylum seekers, who may – if they are lucky enough to establish new lives in a country of refuge – also choose to seal the experiences and ordeals from which they are fleeing behind a wall of silence – a silence that in turn might be reinforced by linguistic barriers and cultural taboos. Works like Cambodian Rock Band don’t just expose audiences to a diversity of stories; they also serve to magnify our empathy so that we can begin to imagine the depth beneath the surface of others who have chosen – or been compelled – to wall off their suffering in order to create better futures for themselves and their families. We live in times when such empathy is direly in need.

This article was originally posted in The Pittsburgh Tatler on 26 September 2019, and has been reposted with permission. 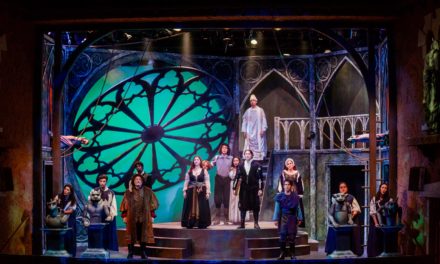 Less Is More Or Less Is Less: The Balancing Act Of Designing Big Musicals In Small Spaces