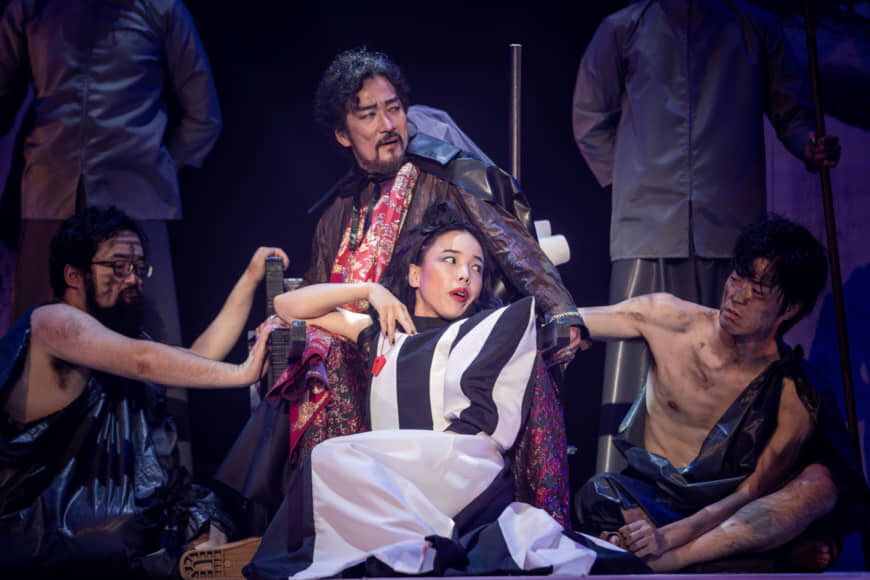 What is it about stories from the ancient world that attracts contemporary dramatists?

One person well-placed to address that question is 37-year-old Japanese theater director Kunio Sugihara, whose production of the 10-hour trilogy, “Kunio 15 The Greeks” — divided into three plays subtitled “The War,” “The Murders” and “The Gods” — opens Nov. 21 at Kanagawa Arts Theatre in Yokohama.

When it premiered in London in 1980 as a Royal Shakespeare Company production written and directed by the late English theater icon John Barton, “The Greeks” was hailed for its clear dialogue translated from works by Homer and the later classical Athenian tragedians Euripides, Aeschylus and Sophocles by Barton’s Czech American collaborator, the playwright Kenneth Cavander.

However, it was the way Barton adapted those writings — which all relate to the three-part “Oresteia” tragedy by Aeschylus (circa 525-456 B.C.) — that impressed critics and audiences alike.

Among the work’s gruesome episodes is the murder of Clytemnestra by her son Orestes, the tale’s young hero. This comes after Orestes discovers Clytemnestra killed his father, King Agamemnon, in order to continue with an illicit affair.

However, it is revealed that Clytemnestra was also moved to stab her husband in the bath because he sacrificed her daughter to gain the gods’ support in a war against the Trojans — a war that started after Paris, a prince of Troy, made off with Helen, the Queen of Sparta.

For sure, those stories, along with vignettes such as the aristocrat who kills his son and serves his roasted shoulder to the gods, ensure there’s never a dull moment in “The Greeks.”

Yet, even for Barton — who co-founded the Royal Shakespeare Company with Peter Hall in 1961 —, the real triumph was in presenting the ancient works’ themes of moral responsibility, revenge, longing, honor, and justice as an interesting and timeless drama.

But now, in this new production, Sugihara — who has previously staged updated versions of kabuki plays, Shakespeare’s works, and even Eugene Ionesco’s absurdist gem, “The Chairs” — aims to continue where Barton left off by positioning his work firmly in the present day.

“Greek tragedies contain all the ingredients of today’s plays and movies, and you can find the origin of Shakespeare’s works there, too,” he says. “So I thought for a long time about tackling those when I had enough experience and skill as a director.”

At a preview performance of “The Greeks: The Gods” in Tokyo, many of the actors, in bohemian modern dress and stylish kimono, not only act their own individual roles but also move in and out of a classical Greek-style chorus used to recount and stress elements of the plot. And while Helen of Troy (played by Aki Takeda) charmingly sings many of her lines into a hand-held microphone, Orestes’ sister, Electra (Shiori Doi), roams the stage, rapping passionately about her tragic destiny in a style the chorus sometimes adopts, too.

Added to that, the play’s colloquial dialogue — courtesy of a new translation by Eimi Ozawa — and Sugihara’s dynamic direction, with lots of rapid scene changes, makes for a gripping yet weighty collage of mortal and immortal dramas. And, despite the three-hour running time, it feels like a spectacular roller-coaster ride that finishes too soon.

Entertainment apart, though, the production’s creator says his main focus is on allowing audiences to follow the story easily so they can concentrate on its meanings. And that involved lots of discussions with the translator to select plain language and eliminate repetitive lines.

“I didn’t cut any scenes, but I did alter Barton’s text to make it better for audiences,” Sugihara says.

The director, who staged American playwright Tony Kushner’s eight-hour, Pulitzer Prize-winning “Angels in America” to wide acclaim in 2011, says that he has a deep love of long-form drama.

“As the time passes, the atmosphere in the theater warms up and people’s energy gradually builds until they finally feel free and have a sense of accomplishment by the end,” says Sugihara.

Adding that he likes “the festive feeling of oneness that theater can give, which is the real thrill of live performance,” Sugihara says he was actually drawn to the stage by that thrill, which he first felt when planning school events and performing in traditional Japanese group dances at summer festivals.

Perhaps because of his love of planning, Sugihara is one of Japan’s few leading independent dramatists who chooses to assemble his staff and actors to suit each project he undertakes.

“Many others have their own companies and use its actors, but I don’t because I want to work with various types of actors each time,” he says. “I believe society comprises many kinds of people, so I like to mix various ages and backgrounds to reflect our world.”

The cast for this play, which Sugihara has named “Kunio 15 The Greeks,” as it’s his 15th independent stage production, is a blend of ages, with some actors selected by open audition and younger ones in the majority.

“When I read an interview with the late Yukio Ninagawa (who staged ‘The Greeks’ in 2000), he said not many Japanese actors could do Greek tragedies properly because they lacked the power to deliver their lines as if they were reporting to the gods,” Sugihara says.

“Of course I know what he meant, but I think it would be rather embarrassing if they spoke loudly all the time, and it wouldn’t go down well with younger theatergoers. Nonetheless, I respect Ninagawa a lot, and his great productions of classical tragedies are part of why I am staging ‘The Greeks’ now.

“However, I believe plays like this are not only for actors with powerful voices, and it’s possible to communicate with the gods in a quiet voice if you really believe what you’re saying,” he adds with a laugh.

So just how has Sugihara gone about making ancient fiction into reality on stage?

“During the rehearsals, I’ve been telling the actors not to imagine the world of the play on the scale of our daily lives,” he says. “I haven’t told them to move in an exaggerated way or to say their lines loudly, but I have asked them to bring a lot of imagination to this project.”

Sugihara adds that “The Greeks” is an unusual kind of performance.

“(It) is a kind of family drama, but it’s definitely not kitchen-sink realism,” he says. “A lot of the characters experience incalculable grief and pain without being able to change their situation as many modern people can. So I’m always telling the actors, especially the younger ones, to really imagine what it must be like to have inescapably massive suffering in their heads.”

Then, as our conversation comes to a close, I ask Sugihara how he sees his career progressing from here on.

“Well, people often refer to dramatists in their 30s as ‘rising’ directors or whatever, and I still have three more years left before I’m 40,” he says. “Right now, though, I don’t know if I want to ‘rise’ to doing an even longer play, using bigger theaters … or even ‘rising’ to a challenge I’ve not experienced before. But as long as I keep setting my targets higher I’ll continue to broaden the scope of my working ability, and that will be a strength in my 40s.”

This article was originally posted at japantimes.co.jp and has been reposted with permission. To read the original article, click here. 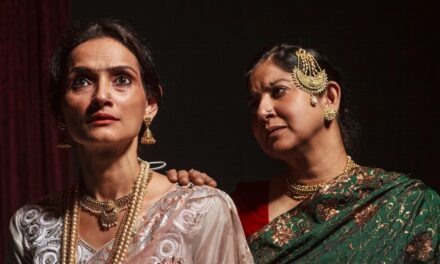