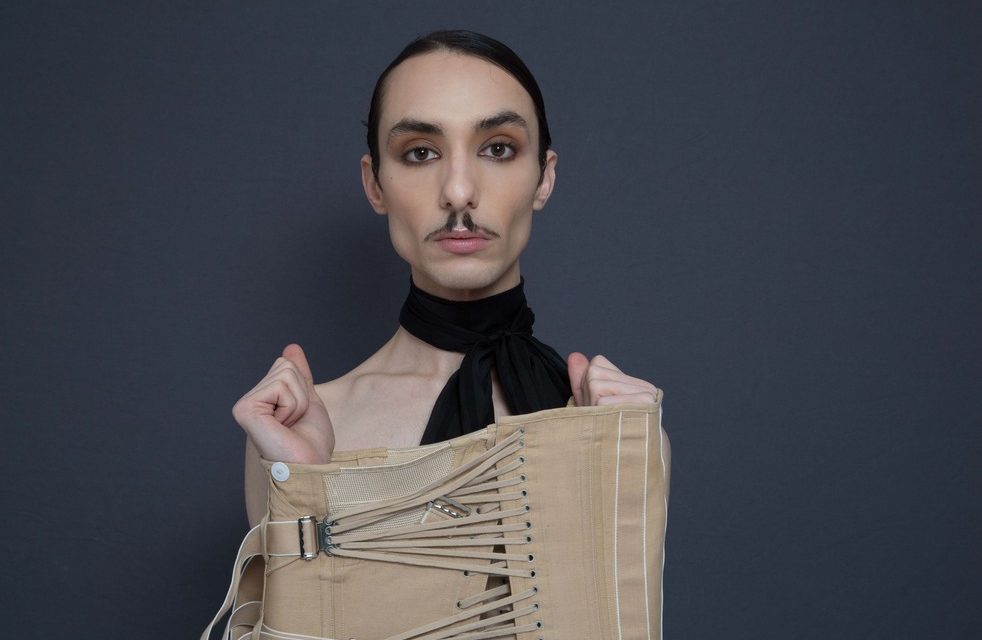 Burlesque is an art form that has polarized Western society for centuries. In his 1991 publication on Burlesque, Robert C Allen explores its transgressive nature, which has enabled the art form to weave its way through history, nestling itself in a kind of Hegelian Dialectic in opposition to conservative, mainstream ideologies. From political pantomime in Victorian England to the performance of female sexuality in 20th and 21st century America; boundaries are pushed and conquered by burlesque performers with elegance and artistic flair.

The latest frontier Burlesque performers have taken on within Australian urbanized society is hegemonic masculinity, by way of its subset “Boylesque.” Australian social commentator, Annabel Crabb stated in 2015 that at this point in history the progress of masculine gender has remained problematically stagnant when compared to that of the feminine identity.

This, in turn, throws society off balance in instances where the masculine and the feminine must work in tandem, such as in heterosexual child-rearing. Consequentially, terms like “Plastic Women and Cardboard Men” (from Hanna Rosin’s 2012 book- The End of Men: And The Rise of Women) have started entering feminist discourse to describe unbalanced progress achieved at each respective end of the gender spectrum.

Boylesque (a play on words combining “Boy” and “Burlesque”) also known as “Bro-lesque” or simply “Male Burlesque” is a style of performance art that is difficult to define. It encompasses to varying degrees the traditional female Burlesque framework with Neo-Burlesque and performance art, yet its overall interpretation will vary from performer to performer depending on individual skill set and personal preference.

Adam Kassar is a Melbourne based Boylesque performer and Mr. Boylesque International 2014 Victorian finalist, acting under the pseudonym “Dear Bobby.” He is now simply known as “Adam.” His passion for the art form was born unexpectedly out of reverence for a fellow Boylesque performer that Adam witnessed a few years ago whilst supporting a friend with her own Burlesque debut. Since that moment, Adam’s raison d’être is in proffering an alternative representation of the Alpha-Male construct that has remained in the shadows of our society unjustifiably. ‘‘I was [primarily] concerned with conveying a progressive notion of the male sexual identity, one that’s been documented throughout history but never validated or thought of as ‘equal’ with the traditional bronzed and muscled archetypes that stem from Greek mythology,’’ says Adam. 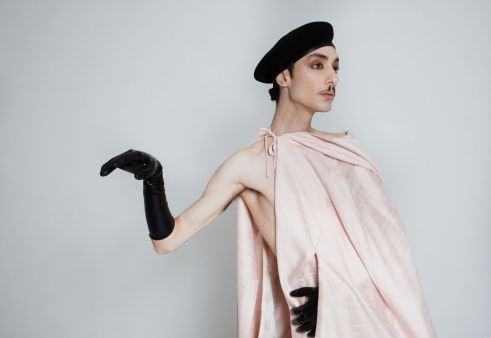 The performance style of Burlesque as a whole has recently witnessed a resurgence in the form of Neo-Burlesque, which distinguishes itself in the way that it allows performers to convey a message that aims to challenge societal norms, according to Burlesque photographer, Sean Scheidt. Adam operates under this umbrella of “Neo” in presenting an eclectic pastiche of the past century that he says aims to broaden his audience’s understanding of gender and sexuality as existing on a spectrum rather than a fixed binary. This is achieved through a stylized striptease with unified masculine and feminine imagery and movement.

With a background in fashion and a promising career as an artist across digital and practical design, it’s evident that he has dedicated an enormous amount of time in curating a wardrobe of pieces to play with and re-arrange on his body to create new meaning. Everything he wears – from the 1920s raw silk evening cloak that he procured from its original owner; to the rather unusual ensemble primarily reworked from his childhood wetsuit – has a story and a reason to be there. Watching him move through our photoshoot from costume to costume is like a watching a lyrebird absorb and interpret the surrounding sounds of the forest. Each pose has a specific reference to a moment in time as evidenced by the mood board he fashioned in the lead up to our meeting that included iconic images out of a 1950s Vanity Fair lingerie campaign.

Boylesque however, does not and cannot exist in a vacuum merely reflecting society. The interaction between the Boylesque community, Sydney’s vibrant queer culture and greater society has a synergistic effect on its internal culture. Australia’s geographical isolation from the world tends to have an impact on art forms that exist internationally such as Burlesque. In the case of Boylesque, Adam says it fosters a more tight-knit community within the industry. ‘‘It’s very much an inclusive industry of both sexes. I adore this concept of sexual unity because it recognizes and validates neither sex as superior in the industry and that isn’t a commonly accepted notion,” he says.

Adam regularly presents his solo performance in events such as “Mr Falcon’s Burlesque” in Sydney’s Inner-West where both male and female Burlesque performers are offered the opportunity to experiment with new performance material, whether it be Neo-Burlesque or more traditional Burlesque style in an intimate setting. Mr Falcon’s Burlesque is held in a vintage style speakeasy and hosted by a fellow burlesque performer, Memphis Mae. It’s evident in witnessing this type of show that Sydney’s Burlesque community is a supportive and tight-knit family.

It is an unusual space in time for performers like Adam, as live venues such as Mr Falcon’s are in a state of flux according to Sydney Morning Herald’s Lucy Cormack with Sydney’s controversial Lock-Out Laws imposing strict guidelines on opening hours and service of alcohol. However, Adam is optimistic about the direction of Boylesque, stating that it ‘‘is an established platform with fundamental values of provocative thought, contemporary dialogue, and progressive appeal. There is only growth in its future, I cannot hope for more.’’ 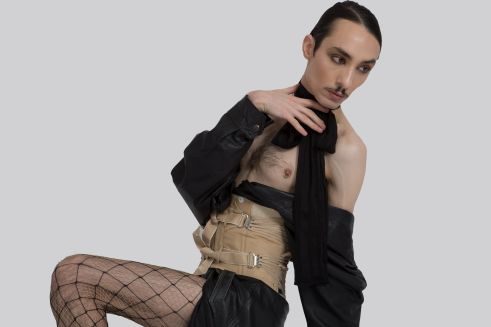 This article was originally published on Goethe Institut. Reposted with permission. Read the original article. 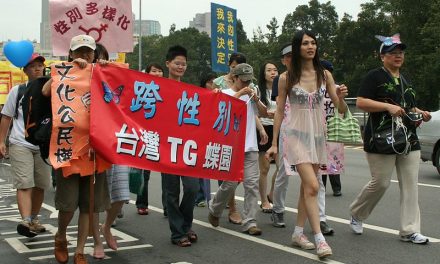 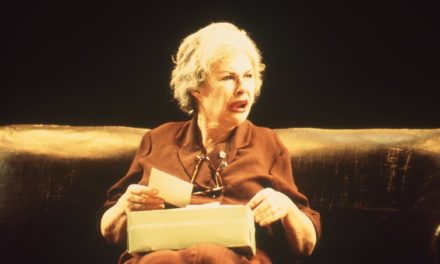