In this discussion Derek Attridge explores the role of contemporary literary criticism as part of the Between.Pomiędzy Festival.

Writing this note when half the world is deprived of many of its too easily taken-for-granted privileges, I am conscious more than ever of the huge role played by the arts, including literature, in the lives of millions: during this pandemic, newspapers, magazines, and web publications are filled with recommendations for reading; online editions of literary works and recorded performances of plays are being made available free of charge; and countless homes have become sites of literary consumption (not to mention the enjoyment of film and video). No doubt only a small proportion of the books being read would count as ‘great literature’, or even as inventive rather than formulaic literary works, but still, it seems likely that large numbers of people are discovering, or rediscovering, the deeply pleasurable experience of engaging with the kind of literature that offers challenges and surprises, that inspires admiration for its craft and subtlety, and that takes the reader into unaccustomed realms of thought and feeling.

These unparalleled and unforeseen circumstances raise in particularly telling form an old question: what is the role of the academic literary critic in the fostering and diffusion of literature? The role of the weekly or monthly reviewer is clear, and the role of the literature teacher is, on the surface at least, easy to understand. But what is the purpose, and what are the benefits, of publishing articles and books on works of literature written by others? (The question is, of course, hardly without self-interest on my part.) If we could answer this question, it would be an easy step from there to favouring certain kinds of articles and books over others – but of course, no simple answer is available. Much scholarly writing in the field of literary studies could be said to add to the store of the world’s knowledge, but this in itself carries no necessary positive value; it would have to be shown that any given increase in information was beneficial to readers and perhaps to the culture more generally.

Other academic works seek to expose the systematic injustices of the past as revealed, unconsciously, in literary texts; the authors of such works perhaps hope that through such exposure, similar injustices in the present can be avoided, a hope not likely to be fulfilled. A third variety of academic publication has as at least part of its ambition to enhance the experience of readers in their engagement with literary works; this remains a problematic goal, given that most of the publications in question will be read only by other academics. (If the aim is to enlarge the reading public for literature, good, cheap editions and well-written, insightful introductions are the most obviously worthwhile books.)

This is a harsh estimate of the value of what I and thousands of others have devoted a large part of our lives to, but at times like this one is driven to be as honest as possible about what it is we do – especially when that occupation is one we can carry on in relative safety, while many people are risking their health and even lives to establish and prolong the conditions that make such safety possible. My hope, and it can only be a hope, is that my academic publications have served the writers and writings they have been concerned with; that they have gained new readers for literary works of substance and deepened the enjoyment and enlightenment those works are able to offer. The more purely theoretical texts I have written belong more to the discipline of philosophy than to literary criticism, and, like all philosophical endeavours, aim at general truths (though I would disclaim any notion of timeless universals); but even these I would like to think have a potential role in enhancing understanding of not just the nature but also the value of literature. My fear, however, is that the institution of academic literary scholarship has become too inward-looking and self-perpetuating to be a strong force for good in the wider world; too much of our energy goes into ever more ingenious interpretations and theories, or increasingly detailed investigations of historical minutiae, or expanding accumulations of footnotes in ‘definitive’ editions, or quarrels among ourselves over issues of interest to very few. It is true that our efforts help to sustain a number of publishers and contribute to the profits of booksellers and the livelihood of librarians; and the vast merry-go-round of ‘research funding’ relies on reputations made by publication in order to fund yet more publication and gain promotion for individuals. But these are relatively limited benefits, and the professionalisation of the literary academy, together with the creeping dominance of the science model of research, have had many damaging consequences.

As the mountain of published work grows, so does the task of exhaustive referencing; and the likelihood of saying what has already been said increases accordingly – but so does the likelihood of any given reader’s knowing that it has already been said. The huge expansion of online materials only compounds the problem, making the amassing of references much easier than the days when the laborious maintaining of handwritten index cards (I still have boxes and boxes of them) made selection imperative, but at the same time reducing the careful reading of the works referred to. At the same time, under the pressure of the neoliberal privileging of monetary reward and utilitarian training over a broader understanding of education, the numbers enrolling in literature courses are in decline in many places – a phenomenon undoubtedly exacerbated by the insular preoccupations of the profession.

There are signs of growing dissatisfaction with this situation: calls for a literary criticism that is affirmative rather than suspicious, for a return to questions of evaluation, for a revived attention to the role of aesthetic form, for a concern with the relevance of critical practice to the needs of the time, for a willingness to attend to emotional responses, and for a critical style that reaches beyond the class of professional academics. Perhaps this time of troubles will accelerate such tendencies, and encourage a new wave of literary criticism that genuinely enhances the understanding and enjoyment of literature beyond the walls of the college and the university.

This is part of the Introduction to a forthcoming collection of essays, Form and Aesthetics: Literary Criticism in the Twenty-First Century (Palgrave), edited by Mir Ali Hosseini, Anirudh Sridhar, and Derek Attridge. 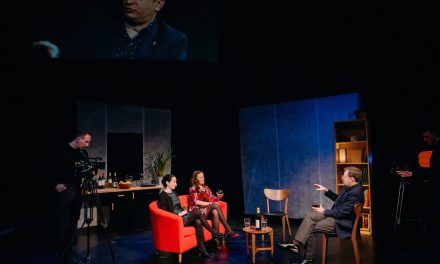