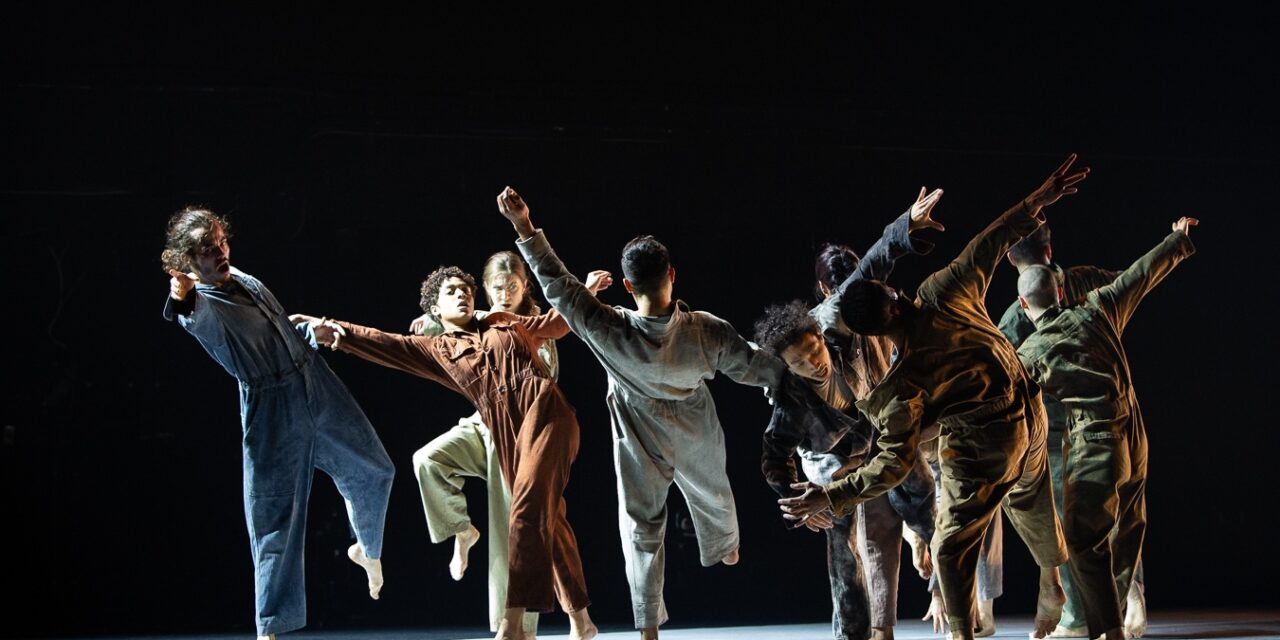 "Ever So Slightly" by Rubberband.

The Festival included a hybrid of pieces created specifically in response to the pandemic and previously recorded performances from Canadian dance troupes. The pieces were wildly eclectic swinging between dance forms and global cultures and yet taken together formed a cohesive emotional journey through solitude, joy, grief, resignation, and acceptance.

The opening work called In Between is performed by a solitary dancer and evokes the waiting room sensibility of the pandemic pause. The solo dancer dances in what looks like a graffitied underworld of roadways and bridges on the West Side of New York City (though it isn’t), between stacked shipping containers waiting for transit, then through to a mirrored interior space further emphasizing the isolation.

In Tarana, choreographer Tanveer Alam expresses sheer joy with a solo work based on traditional Hindustani forms. Alone in a brightly lit space devoid of definition, Alam clad in a classical blue tunic, black pants, and barefoot combines historical with the current day. The juxtaposition of In Between with Tarana gives the audience the sense of journey across time, across cultures, across waiting.

Ever So Slightly by the dance company Rubberband is chaotic and joyous and confusing; a previously created work, Victor Quijada combines hip-hop, breakdance, ballet, and contemporary dance forms for a dramatically unique work that mimics the daily inflow of information assaulting us every day.

Called between series: between snow and sky & between sun and sand, these two “miniature works” were a world premiere at the Festival. They were filmed outdoors in different seasons and created by the Kaeja d’Dance, a husband and wife dance team. As can be intuited from the titles, each was filmed in the environs named in their titles set to music composed specifically for the works. between snow and sky was set in a field of snow near a thin, iced stream with a leaden gray sky as the backdrop. Bundled up against the cold, the two dancers hardly seem human and resembled shadow figures battling the winter that surrounds them. between sun and sand was set beachside with a glorious sunset shining benignly on the dancing couple at the water’s edge. The two pieces served as interludes, moments to breathe, to take in the natural world – a reminder that we humans are part of a universe larger than the latest political event or superhero movie premiere.

And finally, the crown jewel of this Festival is a reprise of a work originally part of the 2018 Battery Dance Festival: The Man in Black by Citadel + Compagnie with choreography by James Kudelka. This is a genius combination of gritty contemporary dance with songs from two latter Johnny Cash albums. American IV: The Man Comes Around and American V: A Hundred Highways included covers of songs written by a wide range of rock composers like Trent Reznor, Lennon-McCartney (of The Beatles), Hank Williams, Bruce Springsteen, and the man in black himself. Setting these songs to choreography created an astounding, mesmerizing performance by three men and one woman, dressed appropriately all in black (the woman in dress and cowboy boots). The aching power of Cash’s aging voice in the hands of the wrong choreographer could have produced something maudlin or bathetic, but not in this spare, intense work. Every measure of regret, joy, and longing in Cash’s voice is amplified, then twisted into something entirely new when represented by the quartet of dancers. No one could have imagined that the raw beauty of Cash’s original recordings could be improved – and they’re not – but adding contemporary dance catapults the emotional heart of these songs into another realm. The alchemy of dance and song captures the fire, the rebellion, and the once-in-a-century talent of Johnny Cash.

The beauty and mastery of all of these works are reminders that no one should ever miss a Battery Dance Festival. 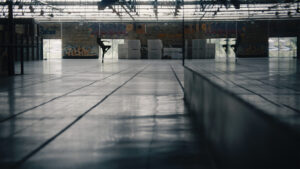 In Between filmed at Evergreen Brick Works.

Brief excerpts of the works and interviews with the artists can be found at batterydance.org. 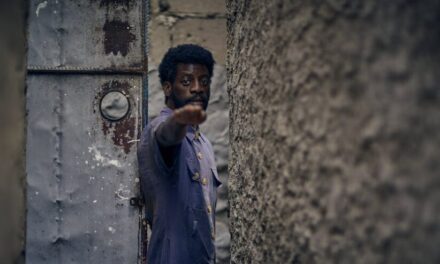