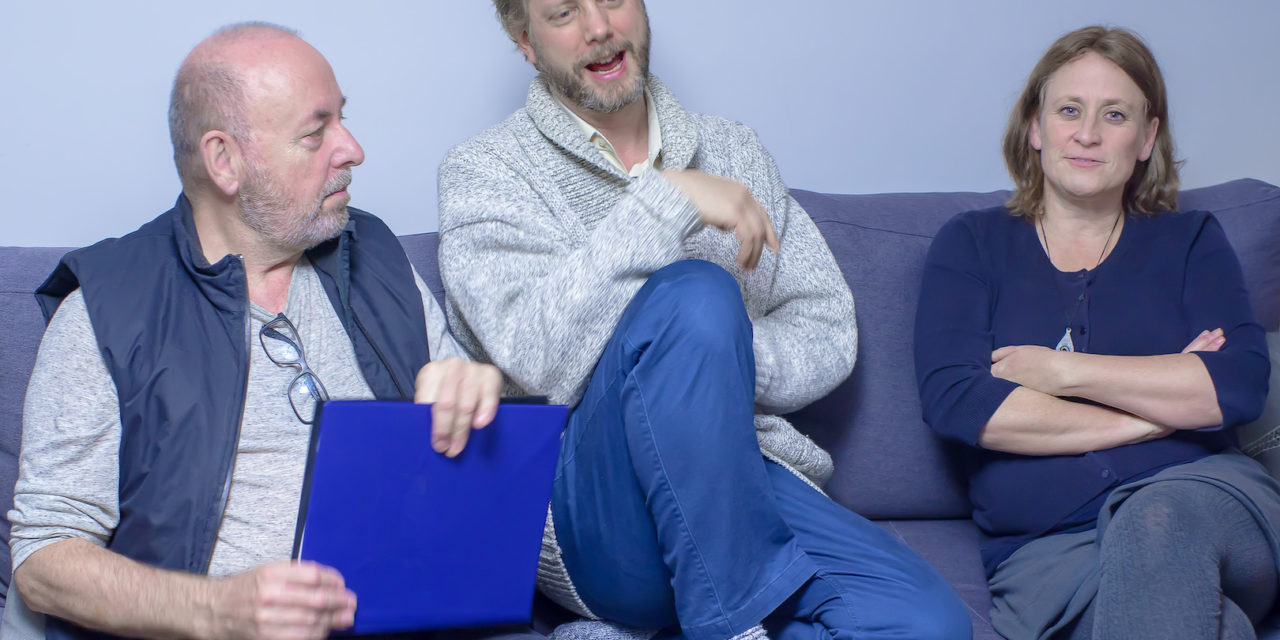 Basket Of Deplorables By Tom Rachman at Gladstone Theatre.

If the definition of satire is: “the use of humor, irony, exaggeration, or ridicule to expose and criticize people’s stupidity or vices, particularly in the context of contemporary politics and other topical issues” Tom Rachman definitely hit the mark with his latest book Basket Of Deplorables. In this series of short stories, he explores the Trump era with an open eye, leaving no room for sympathy for the culture of his own time. Of course, his journalistic career made him a knowable observer of our reality.

Rachman worked as an editor at the foreign desk of The Associated Press in New York. His assignments included reporting from India and Sri Lanka; he was a correspondent for The Associated Press in Rome, traveled to Egypt, Japan, South Korea, and Turkey. In those years, he learned a lot about world politics, but even more about people and their reaction to realism. He understood perfectly their refusal to believe that the inevitable will come, their attempt to escape unwanted reality, their readiness to blindly believe unreliable electronic media.

His life and work experience were incorporated skillfully into stories about Americans, ranging from the intellectual elite to a simple Starbucks barista. He explores their characters through a number of small incidents where one ordinary event leads to a revelation. So, on election night, a Manhattan party is in the middle of its pleasant small talk while waiting for Hilary Clinton to become the first female president of the USA. The unpredicted outcome leads guests into a state of panic, and the blind host to a shocking confession. The atmosphere shifts from sophisticated to unrefined unearthing the ugly reality of division in the country where power stands strong above the powerless, igniting anger of disenchanted but still claiming and winning their total submission.

Blindness is a leitmotiv of the stories–blind host, blind faith of the guests, blindness as an incapacity to see and to resist the ugly truth. There are no illusions in the writer’s mind about us, his contemporaries, and, therefore, no bright future for this generation. These are not funny stories about Donald Trump, but rather about us who allowed the creation of the Trump era.

The world’s first live staged reading of the audio-book was mostly a pleasant theatre experience with a few problems. The first story, narrated by Teri Loretto-Valentik as a blind ex-photographer of the celebrities, read/acted brilliantly. Her voice was seductive in spite of the bitterness and anger waiting to explode. She narrated with conviction, strength and natural flow.

Although there were many funny moments and some good characterizations, the lack of concentration, from time to time, was upsetting. After times, the intensity of the narrative started to wear off, as did the audience’s attention. Reading on stage, obviously, can be very interesting, but it should not last longer than an hour.

This post originally appeared in Capital Critics Circle on December 10, 2017, and has been reposted with permission.