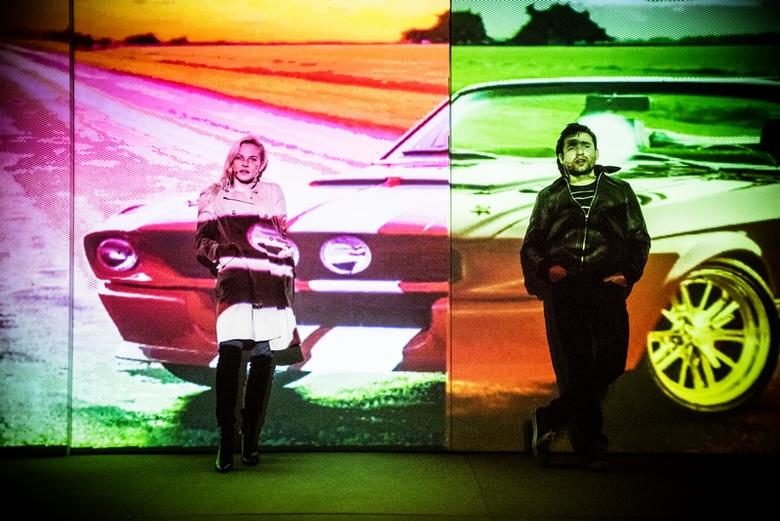 During the last two seasons we have been observing a distinctive trend of political theatre that stands up for the subjectivity of artists, enquires about their responsibility towards the audience, advances strong theses about precarity of cultural workers, challenges power relations within the structures of art institutions, and suggests alternative solutions. Their artists interrogate efficacy and force of political theatre today, at the same time battling for the autonomy of their own. They investigate the principles that govern the process of art production – oftentimes with reference to the context of late capitalism, by which it is greatly conditioned. The trend includes the spectacles produced by independent theatre companies and repertory theatres alike. Nearly all of them were created during the 2014/2015 and 2015/2016 seasons, and the majority of them were produced by women.

They were gathered in the 2016 edition of the Theatre Confrontations Festival in Lublin under the name “Autonomy/Institution/Democracy.” Of course, we did not attempt to create a program which would present the whole movement. The goal was much simpler: to point out the phenomenon and initiate a debate around. All of the performances presented last October in Lublin are autothematic, although it does not mean that they concern theatre only. On the contrary – through exploration of the conditions and methods of work and relationships within the institution they are testing new, perhaps more effective forms of political theatre, building alternative structures and communities, searching for new ways of communication with the audience and implementing democracy instead of conversing about it. In “Auto-theatre in Times of Post-truth,” published in the Confrontations’ catalog, Joanna Krakowska makes the first attempt in Poland to name and analyze the new trend. She writes:

Auto-theatre, i.e., theatre whose creators speak from the stage in their own name and under their own surname, not the stage character’s, speak for themselves and about themselves, refer to their own experiences, explore their personal constraints, reveal their weaknesses, problematize their rhetorical context, define and question their identity, reveal the behind-the-scenes theatrical processes, intra-company relations, institutional limitations, economic conditions, ideological anxieties. Auto-theatre is not necessarily a theatrical convention, it is rather a formula for making contact with the viewers based on new principles– honesty, exposure of experience, speaking for oneself, responsibility for one’s words, testing democratic procedure. Auto-theatre is a somewhat desperate attempt at creating a system of reference within the theatre alone, within the company or between the stage and the audience, which is where you may still have an impact on something, instead of – as it has been so far – in the outside world, social life or historical discourse, over which, it seems, we have irrevocably lost influence.

However, a proposal for political theatre oriented like that is burdened with high risk: testing new social solutions, new methods of work, structures of production or community formation is at the core of late capitalism. As a result, these activities may easily serve to reinforce the system rather than undermine it; it may expropriate them and transform them into yet another product, divested of emancipatory and critical potential. It is described by Bojana Kunst in her book Artist at Work, the publication of which, prepared together with The Zbigniew Raszewski Theatre Institute in Warsaw, accompanies the program of this year’s Confrontations and initiates the activities of the Performative Centre. It is the first edition of Bojana Kunst’s work in Polish – in our opinion a pivotal one to understand how contemporary changes in art are closely related to transformations within late capitalism. We are convinced that paradigmatic changes that have been taking place over the last decades in the methods and modes of work, as well as institutional practices within the field of art, are closely related to transforming processes and conditions of production within a much broader domain, resulting from the transition of industrial capitalism into cognitive one. The late phase of capitalism and the related post-Fordist methods of production, based on the economy of knowledge, affect, emotion, requiring constant creativity, mobility and flexibility, have blurred the boundaries between the time (and space) of work and privacy, impacting indirectly on the change of working conditions of artists and art producers.

This post originally appeared in East European Performing Arts Platform on April 5, 2017 and has been reposted with permission.