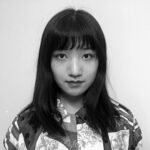 Yizhou Zhang is a theatre artist and Ph.D. student at the Centre for Drama, Theatre and Performance Studies, University of Toronto. She is female and Chinese on the passport. Before coming into the performance fields, Yizhou received her BA in Classical Studies and Comparative Literature at King's College London. Her research interests focus on the intersections of theatre with history and philosophy, emphasizing on issues of materiality, change, and intercultural encounters. Her current research project explores the relations between the Brechtian and the Artaudian theatres.

Yizhou is also a writer, dramaturg, director, and designer who has created performances in London, Beijing, and Toronto, including the first Chinese production of Peter Weiss’ Marat/Sade and adaptations of Gunter Grass’ The Tin Drum and Joseph Conrad’s Heart of Darkness. Through theatre, Yizhou talks back to the "masters" and "masterpieces," which allows her to invent alternative expressions for contemporary Chinese realities and psyche.

Welcome to the Slug Parade: Representation of Asexuality and Autism in “The Slug Show”

As London celebratess the 50th anniversary of the Pride Parade on July 2, I’m reminded of the only...