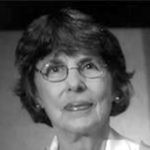 Elinor Fuchs is the author or editor of five books, including The Death of Character: Reflections on Theater After Modernism, winner of the George Jean Nathan Award in Dramatic Criticism, Land/Scape/Theater co-edited with Una Chaudhuri, and Making an Exit, a family memoir which has led to many speaking invitations on issues of dementia and aging. She has published numerous scholarly articles in anthologies and journals as well as theater criticism in The Village Voice and American Theatre. Her documentary play, Year One of the Empire: A Play of American War, Politics, and Protest, written with historian Joyce Antler, received its premiere in Los Angeles, winning the Drama-Logue “Best Play” Award, and was produced in New York in 2008. Known for her work on dramatic structure, and on postmodern and postdramatic theater, Professor Fuchs has also won the Choice Outstanding Academic Book Award, the Excellence in Editing and Outstanding Article awards of the Association for Theatre in Higher Education and the Betty Jean Jones Teaching Award of the American Theatre and Drama Society. Professor Fuchs has taught at Harvard, Columbia, Emory, New York University, and the Institut für Theatrewissenschaft of the Free University in Berlin. She has also offered dramaturgical workshops in Europe and the U.K. She has been the recipient of a Rockefeller Foundation fellowship for independent study, a Bunting fellowship, and a fellowship in Age Studies at the Center for 20th Century Study of the University of Wisconsin Milwaukee. She holds a PhD from the Graduate Center of the City University of New York and is now Professor Emerita of Dramaturgy and Dramatic Criticism of the Yale School of Drama, where she taught from 1987 to 2015.

Last spring, dementia made it to Broadway! Let me be clear: I am an Avant-garde type and I am wary...

Not so long ago characters didn’t lose their memories onstage, even if on rare occasion actors...