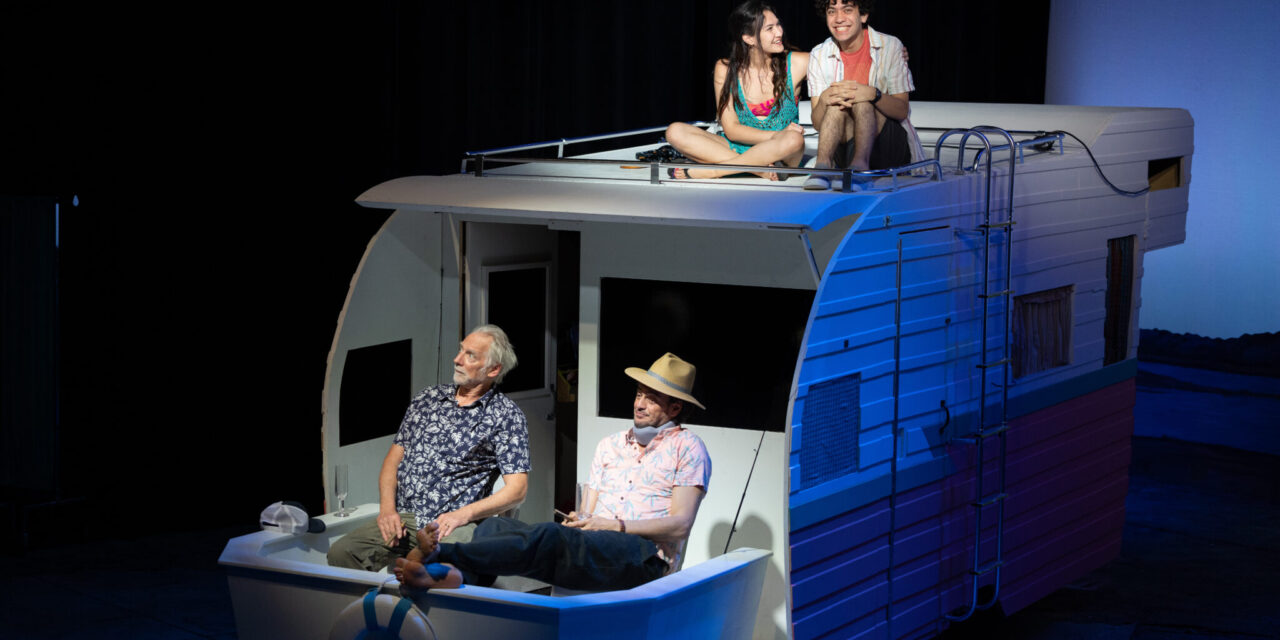 "As Soon As Impossible." Photo by Frank Chen.

Ramsey is a pretentious, Iraqi-American polyglot and Berkeley professor. Arthur is a jack-of-all trades conservative WASP who spent his life constructing and flipping houses. The two couldn’t be more different but in Betty Shamieh’s new comedy As Soon As Impossible, originally commissioned by Second Stage, Ramsey and Arthur are best friends of two decades who spend their summers in adjacent trailers fishing in a summer fishing town. I had the honor of seeing As Soon As Impossible’s excellent production at Stanford University’s Department of Theater and Performance Studies (TAPS), directed by Palestinian-Canadian writer and artist-scholar Samer Al-Saber and assistant directed by TAPS graduate students, Marina Bergenstock and Suhaila Meera. “As Soon As Impossible.” Photo by Frank Chen.

Shamieh’s play is, at first glance, a quintessential comedy of errors, with the inciting incident being the arrival of Layla (portrayed by Margarita Belle Jamero). Layla is Ramsey’s gutsy and chaotic granddaughter who rebels against her parents and refuses to complete high school. The esoteric Ramsey (played by the celebrated Egyptian film actor, Kal Naga) is indignant by Layla’s abrasiveness, Arthur (played by Stanford professor Rush Rehm) is struck by her “verve” and beauty. Hilarity ensues as Arthur attempts to set Layla up on a date with his own grandson, Drew, masterfully rendered as a precocious yet clearly closeted gay teen by Morgan Gwilm Tso. Tso, a Stanford undergraduate himself, imbues the play with an earnestness that makes us root for Drew despite the play’s otherwise farcical tone. All four actors embody their characters with a deep empathy and dexterous comedic time which render them simultaneously side-splitting and fervent.

The farce of As Soon as Impossible’s first act is further complicated when Ramsey and Drew decide to co-host a surprise birthday party for Arthur’s 70th birthday and begin to plan the event in hushed tones behind closed doors, which Layla, a Harlequin-esque agent of chaos quickly catches on to. Hoping to leverage their need for secrecy for her own goals, Layla begins to cunningly manipulate both her grandfather and Arthur, resulting in Arthur becoming increasingly suspicious that his best friend of twenty years is implicated within a terrorist organization, and may be connected to an upcoming terrorist attack. The play’s tone significantly shifts at the climax when Ramsey realizes that his best friend, Arthur suspected that he could incite a terrorist attack. The play then moves from a comedy of errors to a comedy of manners that examines how even a well-meaning white man whose best friend of twenty years as an Iraqi immigrant holds implicit bias and anti-Arab sentiments. “As Soon As Impossible.” Photo by Frank Chen.

As Soon as Impossible navigates that tonal shift skillfully, both through Shamieh’s delightful writing and Al-Saber’s highly specific and always-engaging directing. There is a tenderness and care to how the play moves from a laugh-off-your-seat hilarious moment where Arthur chats with Abdullah, a boat salesman with an Egyptian accent, resulting in the most tragic of miscommunications, to the despair of the moment Ramsey tells his best friend he wants to sell his shares in the boat they co-own and “stick with his own kind” because of Arthur’s ignorance. The play also simultaneously satirizes and dramatizes intergenerational conversations, beliefs, and assumptions about communication, race, gender, and sexual norms, with the two protagonists being of the Baby boomer generation and their grandkids being of Generation Z.

This world’s visual landscape similarly captures that nuance, with the two most central set pieces (scenic design by Nina Ball) being the front of each family’s trailer. The lighting design (by Michael Ramsaur) subtly transposes between moments of warm, bright light in the first act and a dark, cold, and especially sterile atmosphere after Ramsey realizes his best friend’s suspicions and racism. The play’s development and production process at Stanford has by no means been a walk in the park since it was originally slated to open prior to the pandemic and has since been delayed. The department and students bringing the play to life, however, have truly innovated their process and how they have archived it and presented it to their community and audience. The production process, for instance, was heavily documented and anthologized on the TAPS program’s social media, all the way from the set pieces’ load in to their rendering into the orange, blue, and white trucks.

That a play like As Soon as Impossible is being produced within an educational institution like Stanford is worthy of mention. While the professional American theater (and especially New York theater landscape) has increasingly begun to diversify the stories on their stages and the creatives and writers they program, academic theater programs continue to disproportionately program white stories and storytellers. That Al-Saber, himself a faculty member at Stanford’s TAPS program has curated a production that centers a play by an Arab playwright and has brought together professional actors from across national and international performance industries to work with student actors and a student creative team is pertinent. As Soon as Impossible asks us to step back and interrogate our snap judgments and assumptions and to more rigorously check both our own and our loved ones’ assumptions about race and identity. The collaboration of Shamieh’s uproariously joyous yet incisive writing and Al-Saber’s exquisite directing makes us laugh and reminds us that there is always space for self-interrogation all at once. 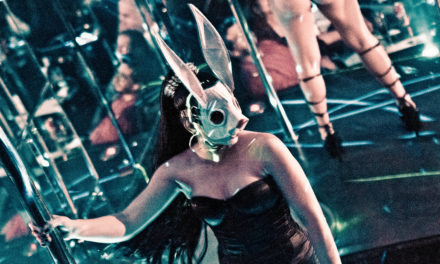