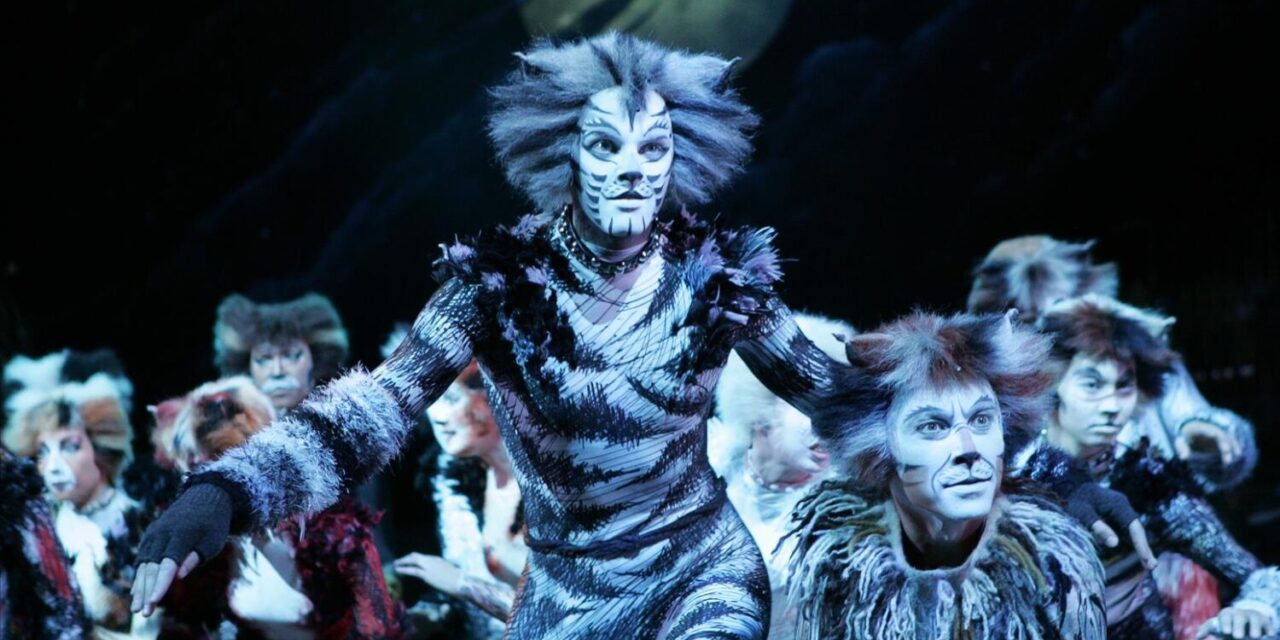 British musical theatre maestro Lord Andrew Lloyd Webber has launched a YouTube channel, The Shows Must Go On. Over the coming weekends, a number of his musicals will be screened for a limited time.

Lloyd Webber possibly occupies a unique position among contemporary musical theatre composers as an international household name. And you are bound to be familiar with his work. Before him, the art-form was dominated by American musicals and had lost some favor with modern audiences. His aesthetic style has gone to influence the creators of Les Misérables, Claude-Michel Schönberg, and Alain Boublil, the work of Rent’s Jonathan Larsen and Hamilton’s Lin-Manuel Miranda.

Through five of his plays, here is how the Englishman rehabilitated the form and gained international success with biblical figures with a penchant for rock ballads and cats singing for their lives.

Joseph and the Amazing Technicolour Dreamcoat (1968)

Lloyd Webber is a product of his time and place, and his early musicals reflect this. In his book on British identity in Edwardian musical comedy, scholar Ben Macpherson identifies the tension between the traditional past and modern present reflected in the musicals of the time as being a central aspect of British identity.

The first produced musical by Lloyd Webber, in collaboration with lyricist Tim Rice, was originally conceived as a 20-minute piece for school children. The aesthetic tension between past and present is explicit in the way the pair described it as a pop cantata – a contemporary take on a Baroque sacred choral work.

Telling the biblical story of Joseph and his journey from outcast brother to advisor to the Pharaoh of Egypt entirely through song, the piece lays the foundations for subsequent Lloyd Webber musicals featuring an underdog who rises to success. The score also establishes Lloyd Webber’s ability to employ pastiche for comedic and dramatic effect.

The musicals that established Lloyd Webber’s name tend to have one aesthetic foot in the past — his penchant for through-sung, no dialogue, operatic structures — with his other aesthetic foot planted firmly in the present, the pop and progressive rock music prevalent during the 1970s. It’s this aesthetic tension that imbued Lloyd Webber’s scores with a sense of freshness and ingenuity, exciting audiences in much the same way Hamilton has more recently.

Described as a rock opera, Jesus Christ Superstar expands on the aesthetic experiment of Joseph. Originally, Lloyd Webber and Rice were unable to find a producer willing to stage a rock musical about Jesus Christ and Judas Iscariot, leading the duo to release the score as a concept album in 1970.

The score explores the tensions between acoustic folk (Mary Magdelene), and amplified rock (Judas), with Jesus oscillating between the two. These are the same aesthetic tensions explored in progressive rock, a form said to be British in origin which was in vogue at the time of the opera’s creation.

An old-fashioned musical comedy inspired by the much-loved PG Wodehouse’s Jeeves characters, the show marked an attempt by Lloyd Webber to change pace, form, and style. Playwright Alan Ackybourn provided the book and lyrics for the musical.

According to Lloyd Webber in his memoir Unmasked, the piece was doomed from the start. The show lacked a creative producer to effectively guide it to opening night; it had an overlong script, and the songs didn’t appropriately reflect the tone of the Wodehouse’ characters. The failure of Jeeves prompted Lloyd Webber to return to Rice and the through-sung poperetta form with Evita.

In setting the poems of T S Elliot’s Old Possum’s Book of Practical Cats to music, Cats contrasted Lloyd Webber’s previous collaborative process of lyricists crafting words to fit his melodies. The musical is a series of thematically linked songs framed as a competition with each cat vying for the right to gain another of their nine lives.

The score demonstrates a maturation in Lloyd Webber’s use of pastiche to effectively capture the various feline personalities, and the show became Britain’s first major dance musical. In The Megamusical, musicologist Jessica Sternfeld acknowledges that Cats was the first musical to appeal to three generations of a family — offering something to all ages — suggesting this is one of the reasons for the musical’s phenomenal international success.

The Phantom represents the pinnacle of Lloyd Webber’s creative output pushing toward European romantic operetta. Interestingly, although the musical primarily drives the story forward through a song, it contains some substantial dialogue sequences. Lloyd Webber employs his remarkable talent for pastiche to imitate the compositional styles of various opera composers for the fictional operas within the musical. Strikingly, the composer doesn’t shy away from his symphonic rock roots, anchoring the title song in a pulsing rock beat with the orchestration featuring distorted and wailing electric guitars. This aesthetically positions The Phantom as ahead of his time, further reflected in Lloyd Webber’s choice to incorporate more modern tonally uncentered passages as the musical language for the Phantom’s own opera “Don Juan Triumphant.”

This article was originally posted at theconversation.com on April 14, 2020. To read the original article click here.