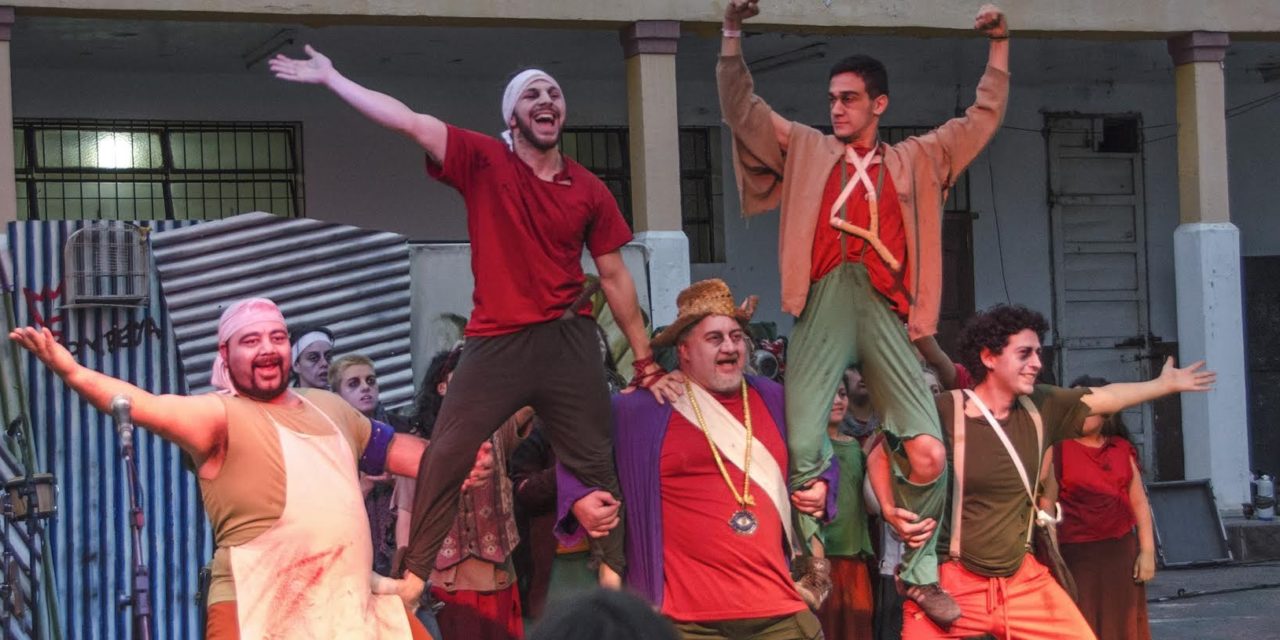 The communitarian theatre movement in Argentina formed in 1983 as its worst dictatorship was ending. The movement began with three groups: Catalinas Sur (La Boca, Buenos Aires), whose first show took place in la Plaza Malvinas, staging Spanish Golden Age scenes (1983); the Circuito Cultural Barracas, in the city of Buenos Aires (1996); and La Murga de la Estación, in Posadas, in the province of Misiones (1996). In 2001, after one of the worst economic crises Argentina had ever experienced, many new groups formed, all over the country. As of 2016, there are around fifty groups distributed throughout Argentinean territory. 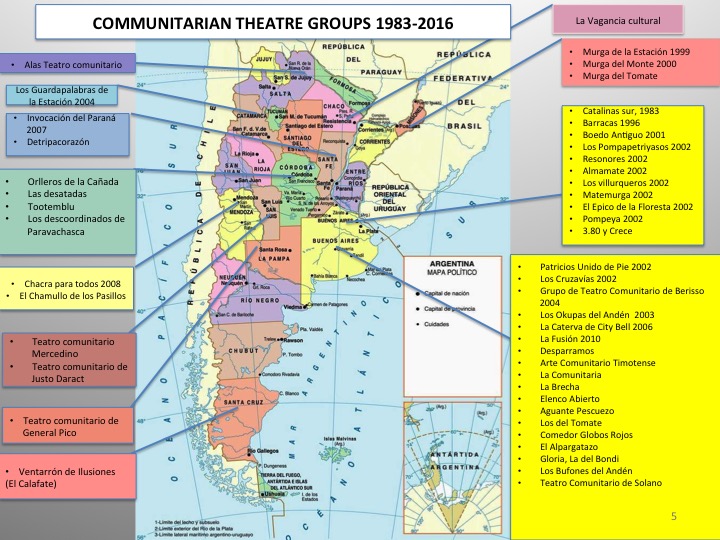 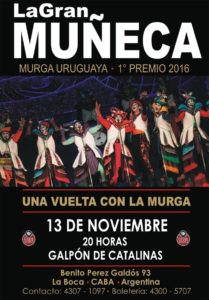 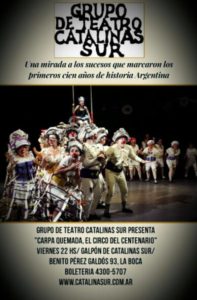 Today these groups continue to expand and produce. Let’s look at just a few examples of their vivid activity. During October and November, Catalinas Sur are restaging El fulgor argentino, club social y deportivo (The Argentine Glare. Social and Sports Club). Originally staged in 1998, the new version of the play depicts the main historical moments of the period 1930–2016 with a revisionist look at Argentinean history. Carpa quemada (Burned Tent) first staged in 2013tells the story of a famous clown who faces discrimination and political violence. Muñeca (Doll) is a murga (genre incorporating dance and music of African and Southern Spain descent).

The Circuito Cultural Barracas (Cultural Circuit of Barracas) is showing El casamiento de Anita y Mirko (Anita and Mirko’s wedding), a production that addresses the social divisions brought about by the different cultures that emigrated to Argentina at the beginning of the 19th century. It takes the form of a wedding party to which the spectators are the invitees; they dance, they eat, and they meet the bride and groom and their Russian and Italian families. At the end, some of the spectators “get married” and dance with the actors (neighbors).

The Matemurga group,  from Villa Crespo, continues to present Herida de Barrio (Neighborhood Wound); and the group Pompeya, from Buenos Aires, is presenting Alimento des . . . balanceado (Unbalanced Food), a satiric reference to Argentina’s current economic problems. The group Desparramos, from Ramos Mejía, province of Buenos Aires, is presenting a new play, La perla del oeste (Pearl of the West); and the Communitarian Theatre of Pompeya, Buenos Aires, is showing Camino al paraíso (A Road to Paradise) in different venues (for example, an old factory, a cultural center). These are just a few examples of the active lives of these communitarian theatre groups.

This kind of theatre gives voice to groups that feel marginalized, expresses a vision of an alternative world, and presents alternative political and social paaradigms to neoliberalism, rampant in Argentina.. The group controls the production and artistic material; the products belong to the group as a whole; and there is no need to consider or recognize copyrights. Their shows take place in public spaces: this means they don’t need to pay for the use of a space; nor do they need to pay neighbors-actors for rehearsals or shows. Wardrobes are improvised. These organizations try to work without hierarchy; roles and responsibilities are distributed equally. During the improvisations and selection of the theme for each piece, the emphasis is on the collective interests and the skills of the neighbors. Finally, theatre members often cultivate relationships with the community, helping to diagnose problems and find solutions.

The new Argentine community theatre movement is a genuine and original expression of the resurfacing of politics, a praxis that reactivates and empowers its makers and audiences, enabling them to discover new voices and attitudes that recognize the limits of an institutional policy, and that largely ignores their mediations to carry out transformative actions. A different sensitivity and ethics have emerged, based on personal contact, on perception, on gestures and bodies and the material needed for survival.

These social sensitivities confront community problems and express the right to a utopian desire. The Argentinean Communitarian Theatre movement intervenes in the context and changes the interpretations of the past and present, rewrites history, recovers community and individual memory, and rehabilitates the voice of the people and the public space, all of which make these productions strongly political.

These theatres oppose the conception of man as a consumer only, and they promote the idea of man as a producer of culture, and of culture as the means to promote citizen participation. 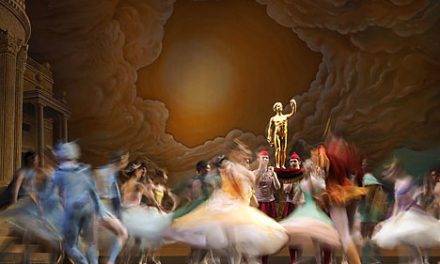 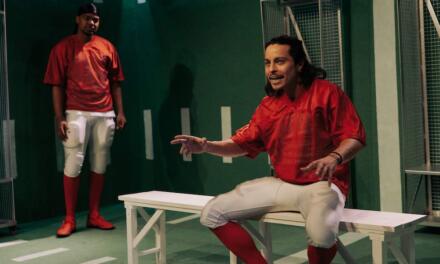 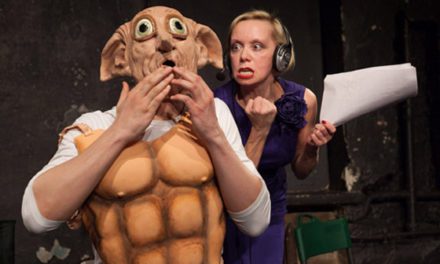