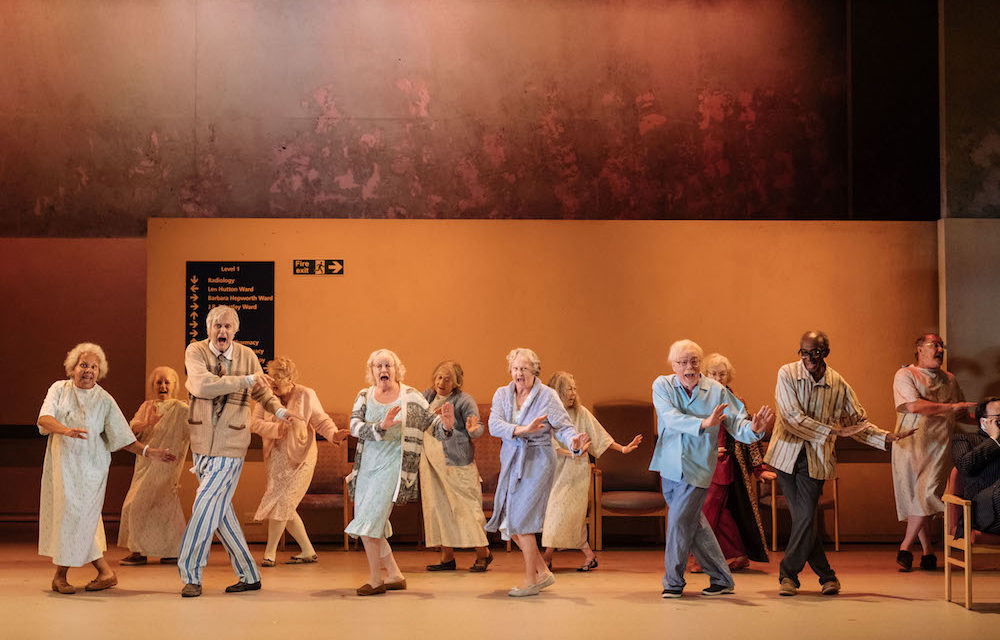 The NHS is us. For decades our national identity has been bandaged together with the idea, and reality, of a health service that is free at the point of delivery. Such an object of myth and pride cries out for comic treatment, and now the spritely octogenarian Alan Bennett—a self-confessed “thwarted preacher” and master of elegiac English humor—has produced a comedy set in a geriatric ward of an NHS hospital, and auspiciously it is directed by Nicholas Hytner, artistic director of the Bridge, who in his previous role as supremo of the National Theatre directed some of the Yorkshire playwright’s best work, most notably The History Boys in 2004.

The story is set in the Bethlehem, a Yorkshire hospital whose staff are determined to resist its threatened closure. Salter, the chair of the institution’s trust, is heading up the campaign, and, certainly, the hospital has got something to boast about: the aged patients in the geriatric ward are generally cheerful and especially keen on their choir. So Salter has invited a television crew to film their singing and his campaign. But things take a turn for the worse when Colin, a management consultant from the Department of Health, arrives to see his father, Joe, a former miner and one of the patients. Despite that, Colin’s mission is to shut down the hospital. The conflict between regional roots and metropolitan smartness (Colin is a gay Tory) swims sharply into focus.

Allelujah! starts slowly enough, as we are introduced to the staff and patients: Sister Gilchrist, the no-nonsense matronly figure, who has been at the hospital for 25 years and now qualifies for a long-service medal, dominates the staff. The patients include former librarian Mary and former teacher Ambrose, who is pathetically waiting for a visitor who will never come. And then there is Mrs. Maudsley, “the Pudsey Nightingale,” who sings sweetly but whose ability to communicate has dwindled to one, often repeated, sentence: “It was my house!” a cry that speaks volumes both about the state of Britain’s social-care funding crisis and its inheritance laws.

One of the play’s many other themes is that song and dance have healing qualities, especially if you are suffering from dementia, and this comes across in the fantasy sequences when the bedraggled patients in their hospital gowns leave their zimmer frames and wheelchairs, and come together to croon and to dance. As they sing familiar wartime favorites and old-time show tunes, the effect is nostalgic, uplifting and, at some moments, quite heartbreaking. Like a grey peacetime version of Oh What A Lovely War, the emphasis is not on big bold singing, but on the simple, sometimes quavering, natural voices of the senior citizens. And then sheer delight erupts from their version of Little Richard’s more upbeat Good Golly, Miss Molly!

A key scene is the confrontation between old Slater and young Colin. As in Joe Penhall’s Blue/Orange, one of the issues is beds. Their number and their allocation. Beds become a symbol of limited resources and unlimited resourcefulness. But more than that the conflict is between Slater’s wish that “the Beth” remains a traditional cradle-to-grave hospital, with close links to the local community, and Colin’s desire to close it down in the name of efficiency and bureaucratic tidiness. He would prefer to transfer the patients to specialized centers of excellence, along the way invoking free market principles and attacking the role of the state. For him, in contrast to his Thatcher-despising, working-class father, the market means freedom.

So although this is mainly a very funny comedy, it is also a satirical state-of-the-nation play: the hospital’s bid to remain open in the current climate means that politics is reduced to gimmicks—publicity stunts and wards being renamed after celebrities, with the William Wordsworth now becoming the Joan Collins. Sister Gilchrist sees that the best way to maintain funding is to make sure that patients stay for as short a time as possible, while Dr. Valentine, a migrant medic, is threatened with deportation because of visa problems and is also criticised for being too caring. So the play paints a recognizable picture of our current health malaise. Most of the hospital’s old people are here simply because there is nowhere else for them to go. The social care system is most definitely unwell, and our sense of ourselves as a society could desperately do with a transfusion of compassion.

But just when you think that Bennett is hopelessly nostalgic about both old age and the NHS, he throws in a plot twist which gives a completely different complexion to the Bethlehem. Now the comedy grows darker and Bennett’s witty playtext is suddenly shrouded in shadows, while his anger about the way our nation and our society are visibly declining takes center stage. And the reason for this decline is clearly stated: the privatization of the public sphere, and the free rein given to market economics. With grim humour and brooding rage, he argues that the green and pleasant lawn that is England has been trampled over by Thatcherites and Brexiteers alike, and he hates them all. You can see why: the obsession of the powerful to make ever greater profits is what makes dying such a bad business.

Hytner, with designer Bob Crowley, choreographer Arlene Phillips, and composer George Fenton give Bennett’s rather bitty story a marvelous smoothness and a real antic spirit. The cast numbers 25, and there are some excellent performances. Deborah Findlay as the efficient and sinister Sister Gilchrist, Peter Forbes as the pompous Salter, Samuel Barnett as Colin, Jeff Rawle as Joe and Sacha Dhawan as the sensitive Valentine work well together. Among the many patients, Jacqueline Clarke is Mrs. Maudsley, Julia Foster is Mary and Simon Williams is Ambrose. Allelujah! is not a masterpiece, mainly because most of the characters are underdeveloped and there is too much going on, but it is extremely funny and it has something very urgent to say, and says it without compromise. In fact, with quietly burning rage. I can only hope, if I make it to 84, I’ll still be as lucid as Bennett.

Allelujah! is at the Bridge Theatre until September 29.

This article originally appeared in Aleks Sierz on July 19, 2018, and has been reposted with permission. 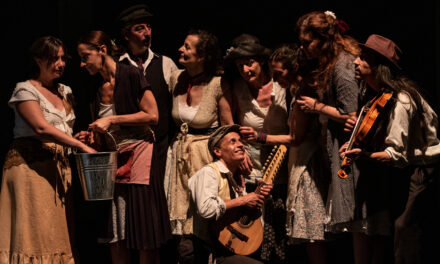