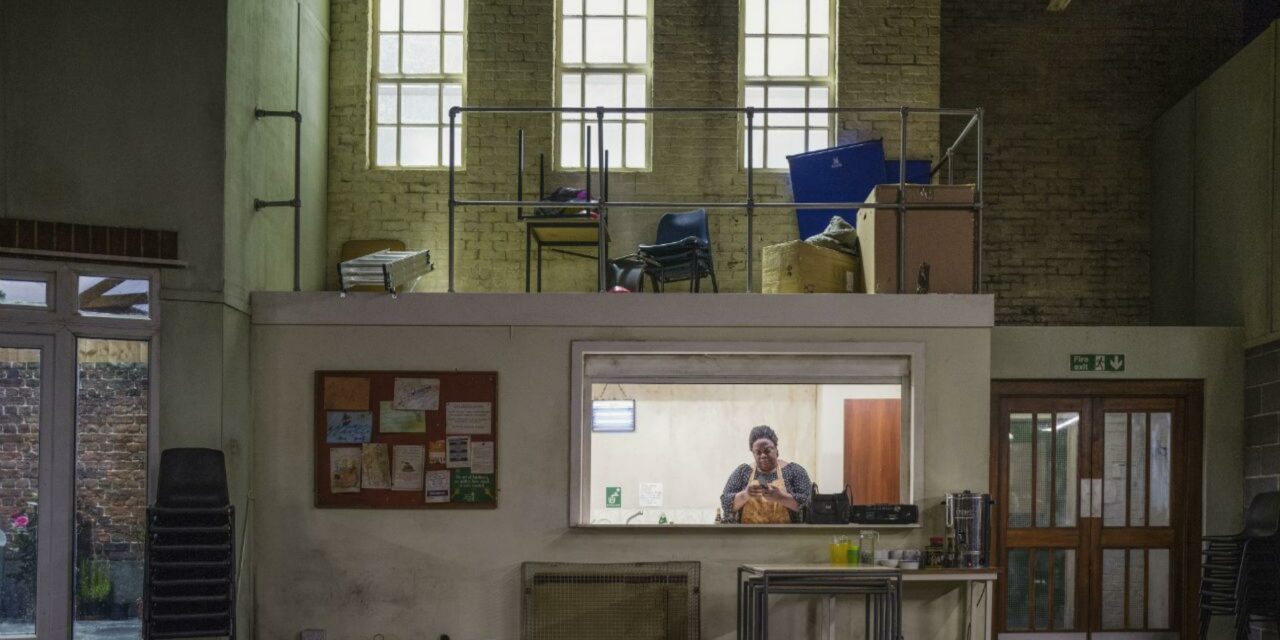 Alexander Zeldin’s new play arrives at the National Theatre’s Dorfman stage with a title that reveals a good deal about its themes: Faith, Hope and Charity. Notwithstanding its explanatory tinge, this tripartite title could have been replaced by a single word: “care.” For care, or forms of caregiving and care-needing, is what Zeldin’s social-realist portrayal of the destitute frequenters of a community hall takes as its central interest. This understated but ultimately devastating look at economic precarity in Britain is not only a controlled indictment of the failings of a welfare state, but an ode to our human capacity to connect with and nurture each other in the face of such negligence.

Faith, Hope and Charity is not a play where poverty is railed against with argumentative flair, or where an intricate plot reaches a tragic crescendo with a biting message. Much in the spirit of Chekhov, Zeldin’s play—directed also by himself—sets store by a sort of stillness that permeates both story and staging. The simmering everydayness of what goes on in this decrepit community hall gives the impression of narrative looseness, but any careful audience would instantly recognize that there is much going on beneath the surface of incomplete sentences and overlapping dialogue. Not only does Zeldin have a remarkable ear for daily speech, but he manages to differentiate his characters’ verbal habits, and interior landscapes, with subtle touches. What we hear from them is often minimal and plain, but it teems with maximal suggestiveness.

Designed by Natasha Jenkins with intentional aridity, the spacious but unattractive interior of this social haven extends into the first few rows of the house seats, with actors frequently sitting down and walking among the audience. The result is an atmosphere of communal intimacy, which is strengthened by the fact that house lights remain on for most of the run. Marc Williams’ impeccable lighting turns the stage into a receptacle of profuse daylight, and the production’s stunning visual realism thrives even after the sun has set and this sad-looking room is filled with disquieting darkness. Josh Anio Grigg’s ominously blurred sound design accompanies the complete blackouts that denote act-breaks, bringing to the surface the play’s anxious core.

At the center of what unfolds in this space is a middle-aged woman named Hazel (astonishingly played by Cecilia Noble), who volunteers in the community hall’s kitchen, cooking hot lunch for those who come there. When the play opens, she is joined by another volunteer, Nick Holter’s humorously nervous Mason, who intends to start a choir. And then the visitors trickle in: a grumpy old man, a mother and her toddler daughter, a mentally disabled young man—among others. Throughout, we learn bits and pieces about who they are, what they enjoy and dislike, and why they insist on coming to this run-down place.

But it is about a particular couple that we find out the most: the teenager Marc (Bobby Stallwood) and his mother Beth (Susan Lynch, brilliant), who is trapped in a miserable war against the social services to reclaim the custody of her four-year-old daughter Faith. Their storyline ends up carrying the heaviest weight, and though it could have been fleshed out more, the way it branches out—eventually enveloping Hazel and Mason—creates a delicate and satisfying trail.

Top-notch performances by the entire cast are characterized by an effortless mixture of patient pacing and nuanced delivery; there are times when even the smallest gesture both speaks volumes and raises further questions. As the financial future of the community hall gets increasingly imperiled, the play’s social critique becomes expectedly more pointed, but the actors never step out of line in their thoughtful embodiment of how this grim reality affect their characters.

Despite its clear-eyed depiction of the degree to which a state can give up on some of its most vulnerable citizens, Faith, Hope and Charity derives its real power from something else: what makes Zeldin’s work throw its gentle punches is its luminous illustration of how certain bonds among near-strangers—forged variously by faith, hope, and charity—can be a source of mutual sustenance. The pronounced, lusterless realism of Faith, Hope and Charity may not make for an easy watch, but there is certainly a cumulative, affective pay-off, and it is one that should be witnessed by many. 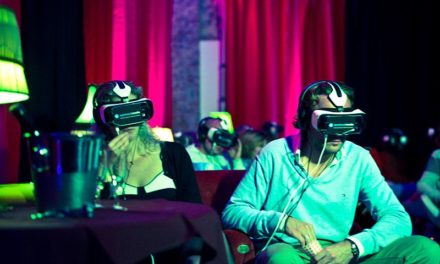