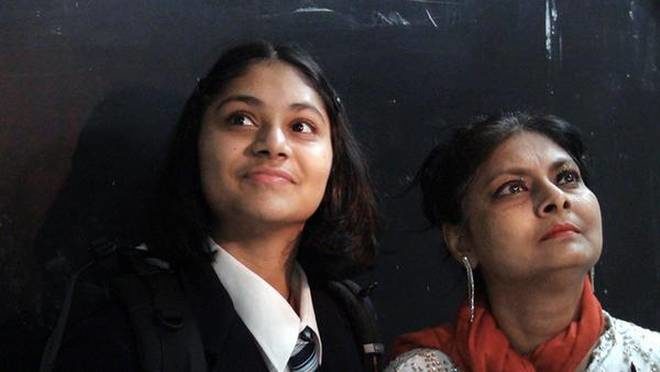 A scene from the play | Photo Credit: Special arrangement

The United Nations was formed after World War II to save succeeding generations from the scourge of war and to reaffirm faith in fundamental human rights. However, over the years, the UN has been unable to do so. This was exquisitely captured by the well-known writer Khwaja Ahmad Abbas in his story Kala Sooraj Safed Sayee in the mid-60s. The story focuses on Patrice Emery Lumumba, Congo’s first democratically elected Prime Minister who championed the cause of pan-Africanism and avoided siding with any bloc. When he was imprisoned and assassinated by the Katangese secessionists, allegedly, under the influence of Belgian and American governments, the UN did not intervene.

Now veteran theatre director Lokesh Jain has adapted Abbas’s story, which was later translated by the author into English as The Black Sun, into a play. “Reading Kala Sooraj… I was impressed how Abbas Saheb deftly weaved Lumumba’s personality and ideology while raising questions, all of which while mirroring past events are very relevant in today’s context. The criticism of the UN in the story continues to be valid as evident from its inability to intervene effectively in Syria, Iraq, and Rohingya Muslim crises. The role of Belgium and the US in encouraging Katanga to separate makes one reminiscence about the subcontinent’s Partition. This strikes a chord with readers as it did with me. Hence, I decided to adapt the story into a play.”

Bringing the story to stage adaptation in its original form with pertinent additions, Lokesh’s play with the same name will be staged this week under the aegis of Khwaja Ahmad Abbas Memorial Trust and Mandala. The plot traces Lumumba’s spirit’s journey to the United Nations to voice his concern against imperialism, exploitation, and UN’s silence on them. The journey includes his interaction with three persons. “Abbas Saheb has used the three characters — an Irish revolutionary driver, a black prostitute and frustrated Indian war correspondent, to highlight the universality of oppression by powerful nations for their vested interests,” says Lokesh. 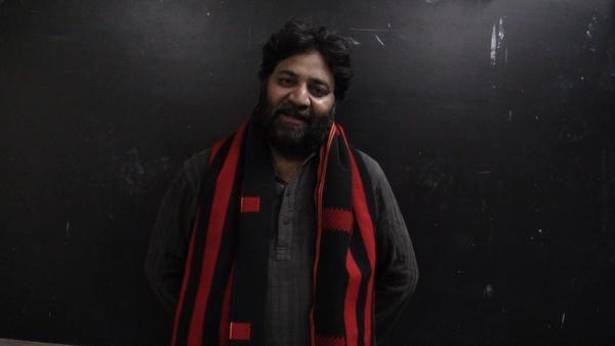 Agreeing with Lokesh, noted writer, activist, and chairperson of Khwaja Ahmad Abbas Memorial Trust, Syeda Hameed says, “What Abbas Saheb wrote decades back, continues to resonate today. The UN has seriously failed its mandate of ensuring equity and justice to smaller nations. In fact, it does not adhere to the basic premise of treating all equally as some are blatantly favored.”

The play brings out the metaphorical elements of the story. Telling his tale, the Irish man informs Lumumba that his forefathers were forced to move and work in the US and were ill-treated like the blacks. The black woman narrates how her husband’s questioning the US-Korean war led to his murder while her young daughter was killed when racial segregation in schools was banned. The Indian scribe shares that despite a million Indians participating in World War I with thousands dying and sustaining injuries, their service was never recognized. “The killing of a decorated Indian soldier who saved a British officer at Jallianwala Bagh massacre is highly symbolic as it emphasizes the selfishness of English,” says Lokesh.

Lokesh admits adapting the story was not easy. It took him around eight months, revising it continuously during rehearsals with actors. “The story gave no background about Lumumba. This had to be added since people being unaware of Indian freedom fighters like Bhagat Singh, could hardly be expected to know about an African leader,” he quips.

Going beyond the story, Lokesh has included in the play the current Syrian crisis, the growing Islamophobia, the complex Palestine and Israel issue, the Iraq war, among others. “I deliberately included these to stress that things have not changed over the years. Though independent, former colonies continue to be exploited by capitalist and developed countries with UN playing a silent spectator,” observes Lokesh.

Lokesh found story’s title appropriate for the play too. “The analogy of eclipsing of the sun, kala sooraj, by white shadows (colonizers and capitalists) signifies human and material exploitation by a handful.”

Complementing the story of this political play will be the effective use of light, music, and props. “Himanshu B Joshi has come up with an interplay of light and shade to highlight the struggle between good and evil, the oppressed and oppressor. Likewise, discussing the killing of innocent children in conflicts, the pictures of such victims in the background, emphasizes the point. The spirit of a small girl child (played by Pakhi Jain) in the play will make the audience catch the point effectively. We have extensively used songs like those by Paul Robeson, the famous American bass singer who advocated anti-imperialism and Bessie Griffin’s Sometimes I Feel Like A Motherless Child.”

Jha conducted several workshops with actors to be able to instill in them the flavor of the play while preparing them to effectively to emote the pain and pathos of the characters. “It was necessary to do so in order to effectively establish the Lumumba story.”

The cast too has made a lot of effort to get under the skin of their characters. Chavi Jain essaying the black woman’s role says, “We have been reading and discussing the script for many days making each of us aware of our roles and also the overall import of the play. I read Exit, the true story of Grizelda Grootboom’s life as a sex slave to better understand my role. Besides, the cast also saw a number of documentaries and films pertaining to the subject.”

Lokesh plays the Indian war journalist in the play. “Having written the script, I felt that I could do justice to this pivotal character.” He wants to go beyond conveying international power politics and its corollary violence. “At the end, like Abbas Saheb’s story, the play too wants to touch upon the values of humanism and the deep sensitivity we all need to have. It speaks out for solidarity among countries with all being treated on an equal footing.”

This post originally appeared in The Hindu on October 25, 2017, and has been reposted with permission. 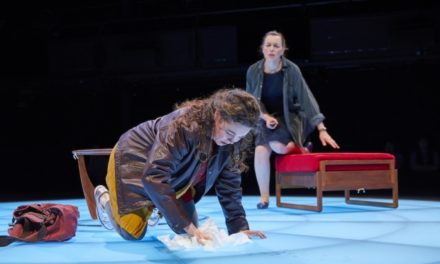