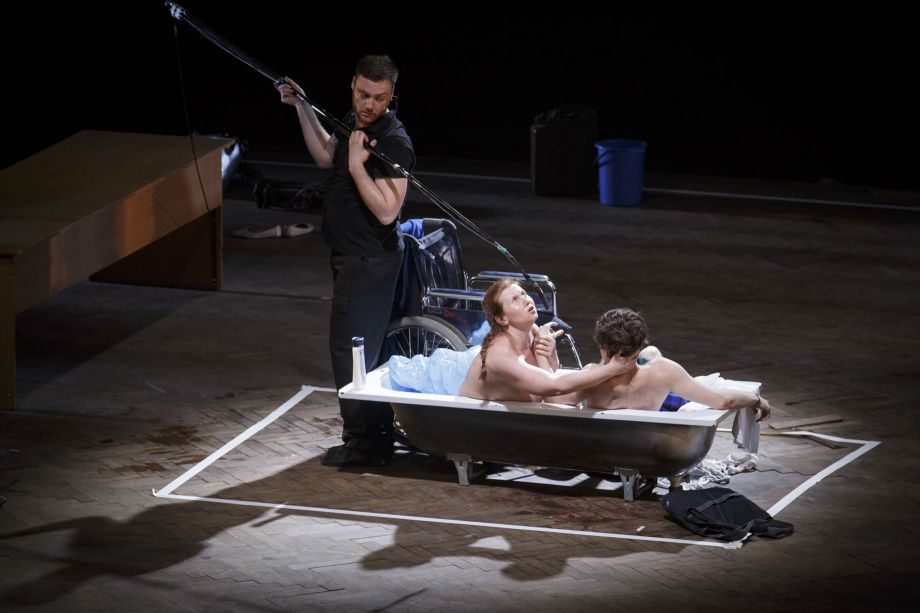 Kirill Serebrennikov, the artistic director of Moscow’s innovative Gogol Center, and a lightning rod for attacks on contemporary theater from Russian politicians and conservative activists, has written a sometimes provocative, often educational op-ed piece for the Russian-language Buro 24/7 website in the capacity of visiting editor of the culturally-oriented site’s latest issue. The site usually publishes its Russian content in English translation on the Buro 24/7 Middle East site. But as an exclusive exception for this important piece by an important Russian theater artist, Russian editor-in-chief Dina Silina agreed to allow The Theatre Times to publish the first English version that follows.

What only don’t they scare us with these days. They use Europe to scare us, they scare us with America and with threats that fascists and nationalists will come to power. We are very scared. Practically by everything. As polls show, there’s only one thing that doesn’t scare us, and that’s war. Moreover, 70% of Russians believe it’s necessary to fight. They are not afraid of taking up arms, leaving behind their soft sofa, and going to war. All these desperate people, or many of them, a terrible number, fear something else: contemporary art.

Hearing the name [of art curator Marat] Guelman, they shut their eyes, lock their doors and lie on the floor. At the mere mention of contemporary theater, they know they must make the sign of the cross, lock their children in a dark room and sit next to an alarm button in the event that they need to call the Cossacks, the police or someone else… Neither inflation, corruption, unemployment, bad medicine, bad roads, crumbling buildings nor beggarly wages are what our people fear – it’s modern theater – naked and obscene, designed to corrupt the children of Russia. That’s what really scares and worries.

None of this, of course, happens without the efforts of the propagandists, who themselves are wont to taste the poisoned fruit of the “EuroSodom” that they so berate, who are not averse to attending high-profile premieres at “dangerous” theaters and exhibitions offering “degenerate art.” For their labor, they receive decent wages and live like the Party bosses who consumed delicacies during the blockade of Leningrad.

As someone with a direct relationship to contemporary art, when I first heard propaganda crap like “I see the light!” and “Do we really need theater like this?” I laughed. Then I shrugged my shoulders. Then I remained silent, not believing I was hearing what I was hearing and wondered about my competitors commissioning [such attacks]. Now, however… I have decided that from time to time one must tell those Russians who don’t fear war just what modern theater is.

One must interpret the word “contemporary theater” literally: it is theater which exists today. It is my deep conviction that there is no such thing as uncontemporary theater. Just as there is no classical theater. A performance is an ephemeral phenomenon that appears and disappears instantly. There is no control gauge for theater performances in the House of Weights and Measures in France. Nobody knows, and cannot know, what a perfect performance looks like – this is all subjective. And when I hear people talking about “classical theater,” I want to ask: Are you talking about Greece, the Palais-Royal, old Russian religious spectacles or what? You can identify the techniques and tools that distinguish genuine topicality in the art of theater from the employment of a bunch of clichés that give the viewer a sense of traditional theater.

Speaking personally, I want to be amazed when I go to the theater: I want to see a story and people who know how to do what I cannot myself. I want to enjoy music, lighting and everything in between. I want to see a miracle. Sergei Diaghilev had a similar slogan: “Surprise me!” The devices with which contemporary theater surprises us are quite diverse. First, you have actors who can make you forget about everything else. Spectators derive pleasure merely from watching an actor transform or display a technique, with which the actor makes the spectators forget they are in the theater. The technique is very old, but is good acting part of modern, contemporary theater? Of course, it is.

Second – technology, which theater today is so enamored. As creatures of modern civilization, we are inseparable from our gadgets. And theater is as curious as any of us. Quickly and with relative ease, it absorbs all the miracles and technological innovations in the world. For example, a multimedia festival held annually in the framework of the Platform project at Winzavod [in Moscow] is devoted to this topic. It demonstrates how an artist can use a variety of gadgets to create art.

The third is a new approach to dramaturgy, to the word, to text. Hans-Thies Lehmann’s remarkable book Postdramatic Theater long ago pointed out an interesting fact in modern theater: the rejection of the play as the basis of a performance, and the embracing of forms that combine circus, installations, movement and anything else. People today feel quite comfortable watching a performance that has no plot. That was not true until recently. Nowadays we don’t always need an author as a guide – we ourselves put together the mosaic of the performance in our own heads, we build our own story. Just as in regular life we form our informational pictures out of the status and titles of articles that no one reads to the end anymore.

Fourth, fifth, sixth … In short, do not fear contemporary theater. It is determined not by obscenities and nudity, not by blasphemy and desecration of classic works. Not at all! The contemporary theater is a tasty, healthy dish. It is silly not to partake of it merely because someone uttered a bunch of nonsense about it, or because it doesn’t look like the usual potatoes most are accustomed to consuming. 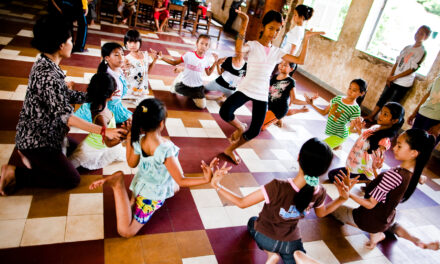