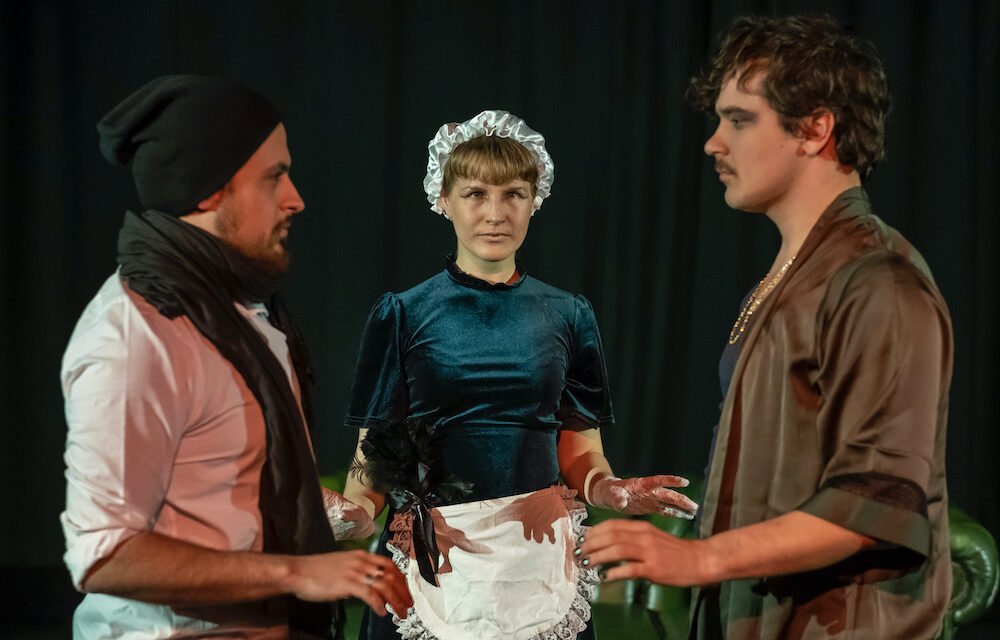 Last week, I went for the first time to Stoke Newington’s Tower Theatre, whose company has since 2018 been putting on a repertory program, which is inclusive and ambitious, on the outer reaches of the London fringe. The building (a former church, synagogue, and gym) and its wide-open stage is very attractive, and so is the show that I saw. It is Oscar Wilde’s 1895 masterpiece, The Importance of Being Earnest, this time directed by Aylin Bozok and, as Pan Productions’ leaflet says, “performed by immigrants”. The result is a remarkably sparkling and intellectually stimulating interpretation of this English classic, a version which is both loving of the original and highly critical of the whole idea of this country’s traditional national identity. It is often a cliché that revivals give theatre-makers a chance to reinvent a fresh version of a text, but it is rare that this is more than lip-service. In Bozok’s case, the opposite is true: her show is a real reinterpretation that is both highly original and thoroughly entertaining. Using a company of actors from Canada, France, Greece, Finland and especially Turkey, she brushes off the mind-numbing conventions of our usual revivals of late Victorian theatre to produce a hilariously fun production, which uses a whole range of theatrical devices to exhilarating effect. Not only is there a barrage of lighting and sound effects, but also a great deal of physical theatre and visual humor, from outright clowning to neat satirical gestures. For example, Nea Cornér plays both of the servants, Lane and Merriman, remaining on stage for the whole running time to comment in mime on the unfolding story. A lot of the stereotypical ideas of Englishness, especially class and pomposity, become the butt of jokes, yet the central serious absurdity of the text is also respected. I also like the jokes about the text (at one point the actors consult a prompt book, at another, they correct each other’s lines, and sometimes they speak passages in another language). Louis Pottier-Arniaud and Duncan Rowe play Jack and Algernon, with Ece Ozdemiroglu as an imposing Lady Bracknell (some good laughs from behaving as if the character is deaf), in an event that lives up to its billing: being played by immigrants, the show’s themes of personal identity get a refreshing new twist that feels just right in Brexit Britain.

This article was originally posted at Aleks Sierz on January 20th, 2020 and has been reposted with permission. To read the original article, click here. 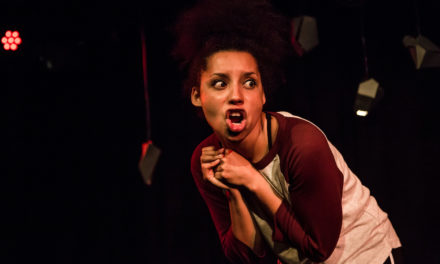 Natasha Marshall’s “Half Breed” at The Soho Theatre