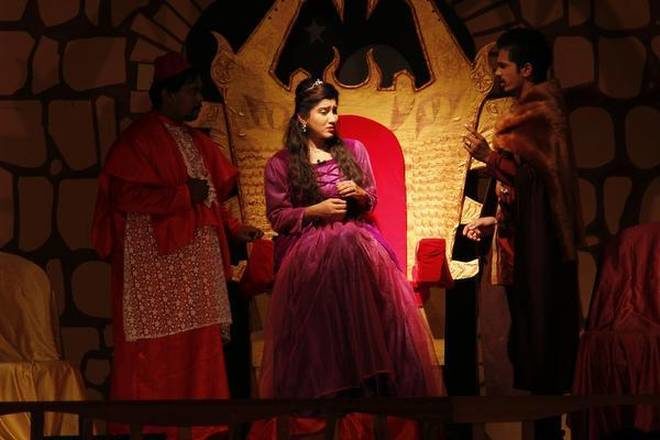 A SAD STORY- Scenes from the play

The palace is shrouded in darkness, when Ferdinand, the twin brother of the Duchess of Malfi, arrives. “I come to seal my peace with you,” he tells her and stretches his hand towards her, which she holds as a gesture of forgiving him. Just then, the lights turn red and she discovers that it’s the severed hand of her husband Antonio. And two figures are shown in silhouette against a lit backdrop, a trick that Ferdinand plays on the Duchess to make her believe that her husband and eldest child are killed. The auditorium inside The American College, echoes with the haunting wails of the duchess and melancholic music plays in the background.

Fourthwall Production’s staging of John Webster’s morbid tragedy, The Duchess of Malfi, left an uneasy calm among the audience and the student actors managed to enact the play quite dramatically. Replete with love, betrayal, vengeance, and revenge, the plot was engaging, though tiring with scenes of murder and torture. The macabre mood lingered till the end of the 90-minute play when the cruel Ferdinand and Bosola, the spy he sets on his sister, stab each other to death and almost all of the main characters lay dead. The elaborate sets and interesting props that kept changing between acts, came to the rescue and added freshness to an otherwise mundane story. 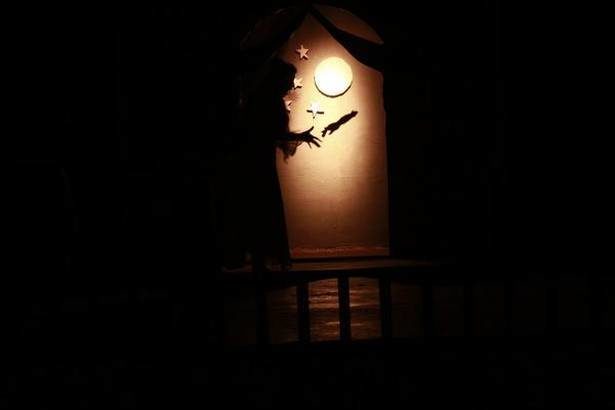 A SAD STORY– Scenes from the play

A good choice of costumes and well-coordinated acting also earned the play brownie points. The racy packaging of scenes kept distractions at bay.

“This is a particularly difficult play, as it’s long and involves a myriad of emotions and characters. Squeezing the entire story within an hour-and-a-half and adapting it to stage was a challenge. Nevertheless, the joint efforts of professors and students have paid off,” says N Elango, the director. “I am happy with the actors’ performances. I explained scenes to them step-by-step, sometimes enacted them so that they could get a hang of body language and dialogue delivery. We also worked on getting the accent right.”

“Attention to detail like set design, props, and background music has contributed to the play. We composed the music and songs in a way that it can be played during the changing of sets when the screen is closed. That also served as brief breaks to the melancholic plot,” shares Elango, who is known for his experimental approach to theatre. “Two years ago, we staged The Taming of The Shrew in open-air in the evening and we had used creative lighting concepts. That way, Fourthwall Production aims to stand out in the English theatre circle in the city.”

This article originally appeared in The Hindu on September 14th, 2018 and has been reposted with permission.