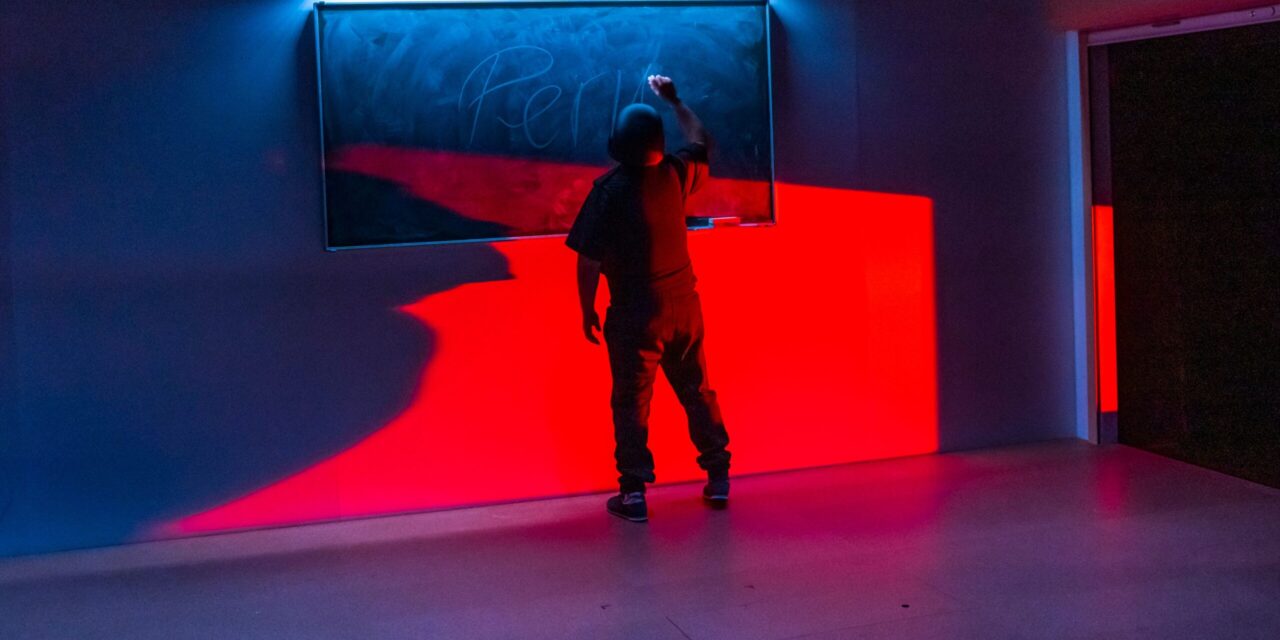 A Fight Against… (Una Lucha Contra…) marks Chilean playwright Pablo Manzi’s English-language debut. Translated by William Gregory, it’s a timely look at how violence acts as a catalyst for a range of characters across the Americas.

I started making the play on a residency here [at the Royal Court] four years ago,” says Manzi. “I didn’t know at the time whether they were going to produce it. I didn’t even think about it in fact, I was just experimenting.

When he found out the Court had commissioned the play, he started to flesh out the details, and developed a kaleidoscope of five scenarios that takes in multiple countries and eras, from contemporary America to 19th century Mexico. Billed as a “darkly comic odyssey”, it explores “whether violence brings us closer together and what it takes to make a community.”

What inspired him to focus on this theme?

I always had a reading of the social violence that was taking place in Chile,” says Manzi. “Then when I became a playwright I started getting to know other countries. When I went to festivals in Europe I discovered that there wasn’t a pervading atmosphere of danger that was typical in Latin America. That made me ask questions about what it was that created this feeling of imminent danger I had become so accustomed to.

He says he was struck by the idea of violence as having its own “charge”, particularly in places of public gathering. He also noticed an irony, whereby locations that were meant to be places of celebration and enjoyment could quickly become dangerous. He recalls walking through Santiago and seeing a nightclub bouncer wearing “a military helmet and bulletproof vest”. He subsequently learned there had been a deadly shooting in the club only a few weeks before.

He cites another example that will be familiar to many: a neighbourhood WhatsApp group.

This group was created in order to track robberies, but I gradually started realising that actually barely any robberies took place, and in fact they were just a pretext for these people talking to each other and having a sense of community.” This is echoed in the play’s blackly comic depiction of a group of American nationalists whose dedication to driving out immigrants continues even in the absence of any actual immigrants. As one of characters puts it: “We shouldn’t quit meeting just because there are no more Mexicans.

Speaking together over Zoom, Manzi and translator Gregory, discuss their lengthy collaboration. “I’ve been working on this play almost as long as Pablo has,” says Gregory. “The play has been through over 30 drafts and so has the translation. Which means there’s been multiple opportunities to revisit the text, which is a really unique way of working.”

Gregory, who has translated over 200 plays in his career, is not used to being given so much time, but has clearly enjoyed the process. “The way the Royal Court works means that by the time we got to the first day of rehearsal the translation was in a pretty robust state, which is not always the case.” He says that part of the challenge for both himself and Manzi was knowing when to step away. “The play continued to be discovered by everyone in the room, so the translation continued to evolve all the way until the final week or so,” Gregory adds. 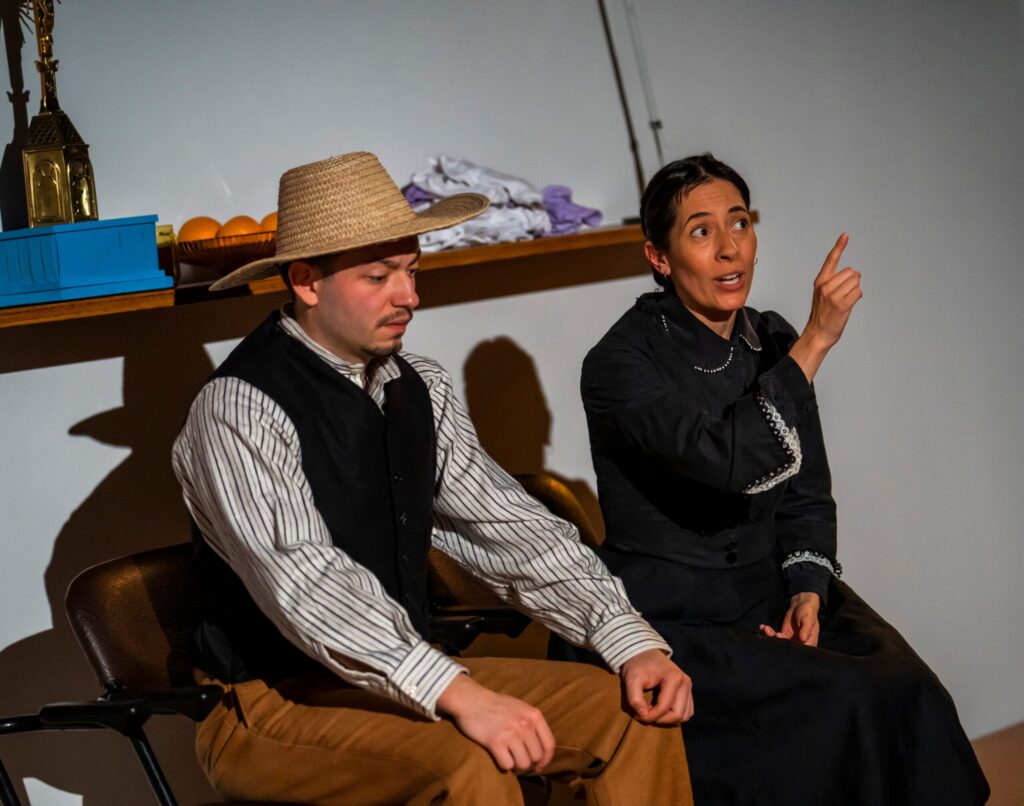 The production features many Latin Americans in the cast and creative team, which Gregory says aided the translation process.

You might think that would be quite intimidating, having so many Spanish speakers, but in fact it was extremely reassuring and enriching. It made for a much more nuanced discussion than you normally get if you’re in a room full of people who don’t speak the original language.

Gregory highlights that the English-speaking theatre community still “lags far behind” other cultures when it comes to producing work from other languages.

I wish it was the case that other theatres were as enthusiastic [as the Royal Court] about plays that happen not to have been written in English. Our theatre culture likes to describe itself as international and outward-looking, but if this applies almost exclusively to work in English you’re shutting out literally thousands of great artists and pieces of work.

Manzi is quick to praise Gregory’s talents, and has clearly enjoyed the collaboration.

He has done a brilliant job on the translation and it has been an incredible process. I’m not used to the playwright being the fountain of all knowledge. Rather, it’s a more complex process of weaving together ideas, of which I am just a part. This process means we can create, explore, even get a little bit lost. It’s a process that is very hard to find anywhere else, it’s highly unusual.

His own influences encompass a range of cultures and styles. He names Argentinian playwright Griselda Gambaro, fellow Chilean Guillermo Calderón (who was produced at the Royal Court in 2017), Martin Crimp and Caryl Churchill among those who have made particular impact on him, though emphasises that he could list “many, many names”.

The play’s gestation took a little longer than anticipated when, like so many productions, A Fight Against… had to be postponed last year due to the pandemic. Manzi describes it as “moving and very exciting” to finally be sharing the work with an audience. He also says it’s somewhat strange to be revisiting the play after everything that’s taken place in the last two years, whether it be coronavirus or the political upheavals in Chile, where last year people voted to establish a new constitution, breaking away from the legacy of Pinochet. “All these events have made me see the play in a different way. This is why it’s so important to me that the play can now be seen by an audience, so the debate and discussion can pass to them.”

Gregory echoes this sentiment, and emphasises the importance of producing international work at a time when travel has been so restricted.

During the pandemic there was something of a galvanising of the migrant theatre community online. I think it’s particularly exciting for this play to be happening in the context of those conversations. All of those threads come together to make this a really special production.

Performances of A Fight Against… (Una Lucha Contra…) will resume after Christmas from 4 – 22 January 2022.