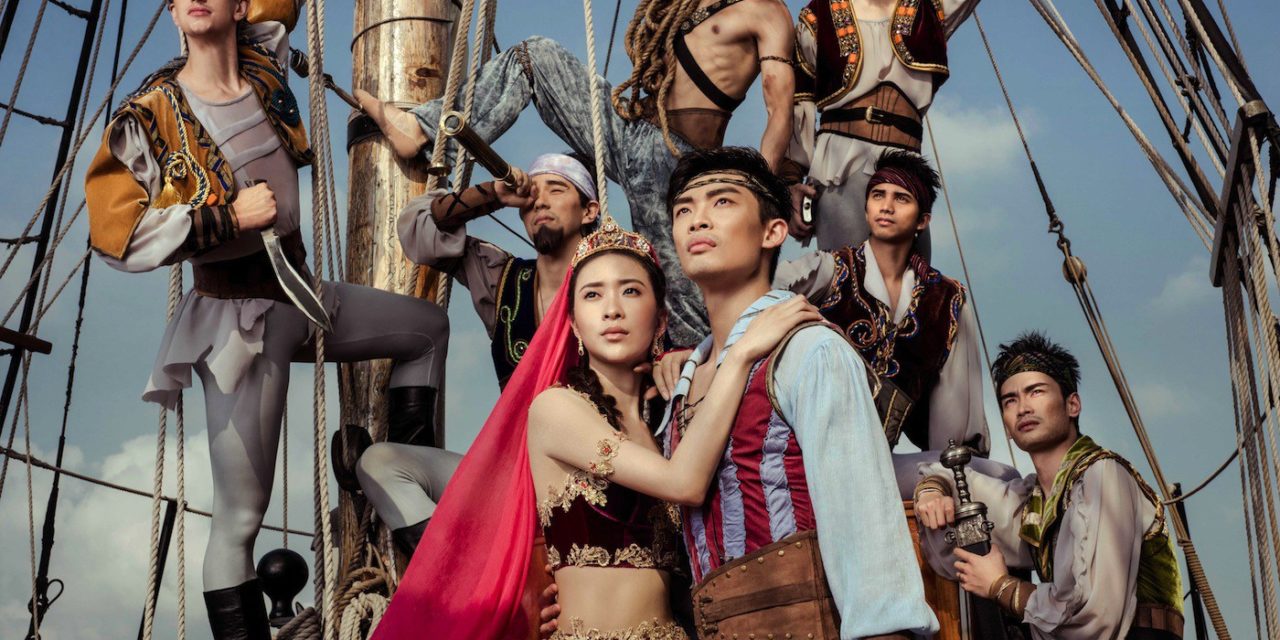 It isn’t often you find a Hong Kong resident unfamiliar with the pirate legend of Cheung Chau, but as a brief refresher, folklore says that treasure lays hidden in caves of the island. The loot is said to be the pillaged bounty of arch pirate Cheung Po Tsai (Zoeng1 Bou2 Zai2 張保仔), who was abducted by pirates as a child and went on to command a massive pirate fleet of 600 ships, terrorizing the Guangdong coast between 1807 and 1810. There may not remain any visible signs of Cheung’s long-abandoned loot today, but wander the sea-ravaged rocks where the caves are found now and the salty air still is charged with legend.

Given the local appreciation for pirate legends, it’s perhaps a surprise that Le Corsaire (The Pirate) is only now making its Hong Kong and Asian debut. Opening at the Hong Kong Ballet, the fantastical tale of the fearsome pirate Conrad, and his pursuit of Greek slave girl Medora, counts sultans and slaves in the swash-buckling story, as well as a stabbing and a spectacular shipwreck. Scheduled into the season’s line-up by the ballet company’s former artistic director Madeleine Onne, who departed in May after eight years, Le Corsaire seems an inspired parting gift.

The ballet itself is based on Lord Byron’s 1814 poem Le Corsair, and it opened for the first time in Paris in 1856. Two revivals by Russian ballet companies made it famous, including one by Jules Perrot in 1858 for the Imperial Bolshoi Kamenny Theatre, and another by the hugely influential Marius Petipa, in 1899, for the Mariinsky Theatre in Saint Petersburg. But it didn’t get an American debut until 1989, when the Russian Kirov Ballet — today’s Mariinsky Ballet — performed it in New York, and it wasn’t until 1997 that a non-Russian company performed it. Esteemed Canadian ballerina and choreographer Anna-Marie Holmes brought it to the Boston Ballet during her time there as Artistic Director. Notably, it is Holmes who is now staging the production for the Hong Kong Ballet.

As the first North American to have been invited to dance with the Kirov Ballet, Holmes had unique access to original sets and costumes, which were shipped to Boston for the US premiere. She bargained hard to get the lot — her own bounty — in a deal that depended on her ability to understand the language. “Nobody knew I spoke Russian,” she explains. “I hear them say, ‘Don’t give her the hats’, or ‘don’t give her the boots,’” she recalls. “So I said to my production manager, make sure you get the hats, make sure you get the boots!”

She got all she wanted, but the ballet didn’t immediately wow. “To be honest, the critics in Boston weren’t very keen on it,” Holmes says frankly. But she was invited to bring the ballet to the American Ballet Theatre in New York, where she made some big cuts, and audiences loved it. This version of Holmes’s went on to win an Emmy after it was televised for America’s Public Broadcasting Service, and it is this version she will show in Hong Kong.

The ballet does seem to divide those who watch it. It is often mocked for its flimsy storyline — British reviewers regularly use the term “hokum,” or nonsense, as a descriptor — but the number of prestigious institutions still staging the production, including the English National Ballet and London’s Royal Opera House, indicates how admired and adored the ballet is with fans. Where Le Corsaire triumphs is in its energetic entertainment value. Male dancers are given a rare opportunity to brandish their power and prowess in a feast of flying leaps, force and frisson. This production turns on its heels the expectation that classical ballet should be delicate and refined, and with it’s duelling pirates, rich pashas and sizzling passion is less pomp, more romp. If there was such a thing as a gateway classical ballet, this is it.

The entire cast is “putting their whole selves into it. They are very energetic,” says Holmes, fresh onto these shores after touring the ballet through Istanbul and then Budapest. She works them hard. Dancers are bounding and jumping from the moment they enter the rehearsal studio in the morning until exhaustion sets in at the end of the day, leaving them googly-eyed and slack-jawed. Some of the lifts Holmes describes working on sound, stupendous. She admits to being a hard taskmaster. The dancers do fear her. “But I’m not nasty,” she says. “I’m nice.”

Three weeks into rehearsal, she is pleased with the results. “They have such a great enthusiasm for dance,” she says about the local cast members. “They’re gonna do swell on opening night.”

This production adds two new international names to the line-up. In from the San Francisco Ballet is Maria Kochetkova, dancing the role of Medora. Matthew Golding, formerly of the Royal Ballet London, joins Kochetkova. He will dance Conrad, although not opposite her. Instead, they will each partner with members of the Hong Kong company, where dancers are keen to new personalities as a way to advance their skill.

Costumes and sets will be as flamboyant as the moves themselves. A large 19th century pirate ship will grace the stage before appearing to sink amid flashes of lightning in front of the audiences’ eyes. Dancers are dressed in bright coloured harem pants, frilly shirts with slashed necklines, and midriff revealing tutus. These slave-girls brim with wanton sex appeal. “I like flesh,” Holmes laughs.

Though critics have often taken to task the obvious female sexualisation in the ballet, Holmes says politicising this aspect of the ballet is its own folly. “I hope people wouldn’t be that stupid,” she says. “It’s a basic story, a love story but it isn’t romantic. It’s in your face.” And classing Le Corsaire as “mere entertainment” is undervaluing it. The choreography is demanding. Huge jumps and big lifts require enormous strength and skill and the ballet has given audiences several noted passages that have been danced across the globe over a century.

One of them, Le Corsaire Pas De Deux, is a duet with repeated pirouettes that celebrates the rescue of Medora by the pirate Conrad, and was made famous by the great ballet legends Rudolf Nureyev and Margot Fonteyn on Petipa’s iconic choreography during their first tour in 1962, and can still be watched . Indeed, it has become one of classical ballet’s most admired and most frequently performed excerpts. Holmes, who trained, like Nureyev, with the Kirov company in Russia, was the first to bring it to the North American stage and she loves that passage, but another, in the third act, really steals her heart. “It’s really beautiful,” she says. “It has all the big lifts. It’s romantic. The music is soaring and gorgeous. It’s just beautiful.”

Le Corsaire is to be enjoyed for its rip-roaring tale of the high seas, of capture and escape, love and rescue told strikingly through dance. Unlike Cheung Po Tsai’s fabled story of lost loot, Le Corsaire lays bare its treasures to behold.

This article was originally written by Elle Kwan for Zolima Citymag on October 18, 2017, and has been reposted with permission. 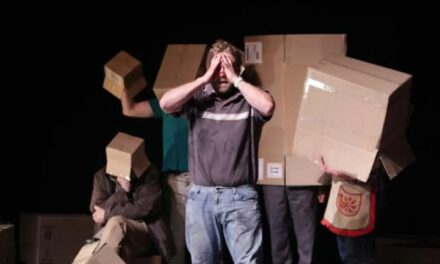