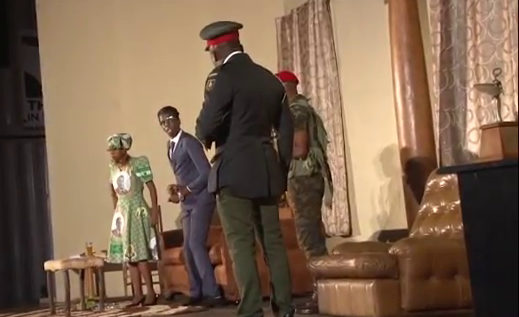 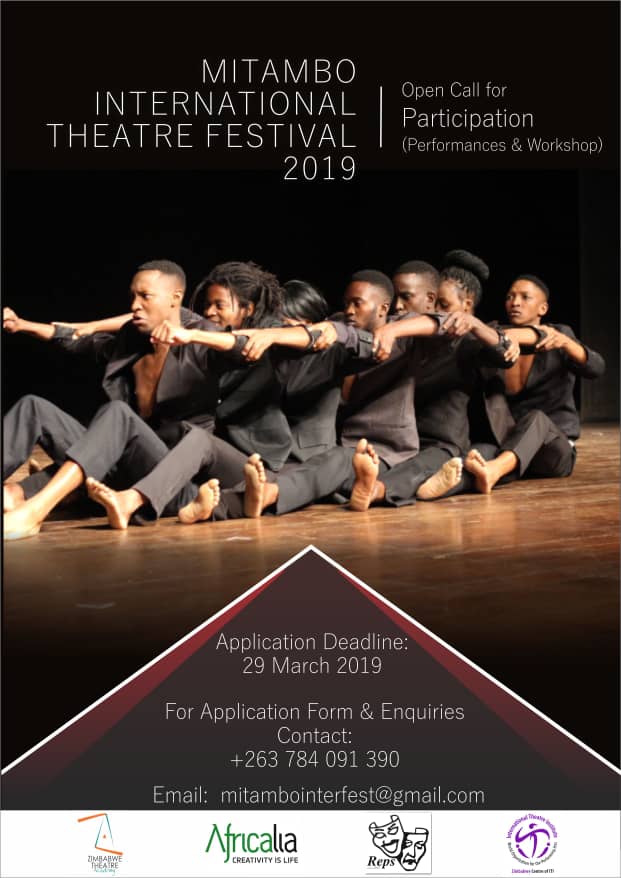 The inaugural Mitambo International Theatre Festival will run from October 8-12, 2019 in Harare, the capital city of Zimbabwe. The theme is “Emerge” and the organizers are aiming for an annual international theatre festival that will showcase local and international. Planned events include performances, master classes and presentations of papers. According to information released by the organizers:

MiTambo, a Shona word for plays, truly encapsulates what the festival is about; a platform through which local communities can access and celebrate the diversity of cultural identity and artistic expression. Mitambo Fest, aims to uncover and support what theatre can be and, what it can enable communities to do. It seeks to harness the unique energy and power of theatre as an immediate engagement tool for transformation of ordinary people. As a way of enhancing the visibility of theatre the festival will also have a cultural exchange component. This potential cross-pollination of ideas, aesthetics, and professional artistic potential between local and international artistic initiatives will enhance the Zimbabwean theatre landscape towards performing arts taking on an active role in the socio-economic growth of our society.

At MiTambo Fest, we believe in the sharing of stories which foster a culture of dialogue and the upholding of the right to free expression. As a priority the festival will ensure that everyone in our community is given access to fresh, thought provoking, and high standard theatre performances.”

There has been a revival of theatre and arts, in general, following the bloodless ouster of long-time president Robert Mugabe. One of the first indications of the change in political temperatures was the production of the hilarious stage play Operation Restore Legacy which re-imagines the military takeover in Harare that ended one of Africa’s longest and most controversial presidential tenures. Operation Restore Legacy was written and directed by Charles Mungangasa, and produced Mashingo Theatre.

Zimbabwe is also the home of the Harare International Festival of Arts, a six-day performing arts extravaganza that for years was one of the premier theatre events on the continent. The event will, however, not take place this year. According to a statement posted on the official HIFA website on Feb 15, 2019:

“The HARARE INTERNATIONAL FESTIVAL OF THE ARTS (HIFA) will not stage the event in 2019 and will focus on new projects leading up to a major Festival in 2020. The decision has been taken after much thought, soul-searching, and discussion. Zimbabwe is dealing with many important issues, both social and economic. In this context, the Festival cannot responsibly commit to presenting a feasible and viable event this year of the same quality and impact that HIFA is known for. The Festival will use this time to work on other projects, particularly in schools, to broaden and deepen the organization’s contribution to arts and cultural development. Showcasing the artistic outcomes of our planned new school programs will be one facet of the next Festival, April 28 to May 3, 2020.’

Years of economic hardship (exemplified by hyperinflation) and a political crisis revolving the aging President Mugabe led to a downturn in the fortunes of the southern African nation that the citizens are still recovering from.

Note: This article originally appeared on the author’s personal blog (http://alexandernderitu.blogspot.com/2019/02/zimbabwean-theatre-culture-emerging.html) and has been reproduced here with permission.