When It’s Written On Your Face: Teatr 21 And The Paradox Of Invisibility 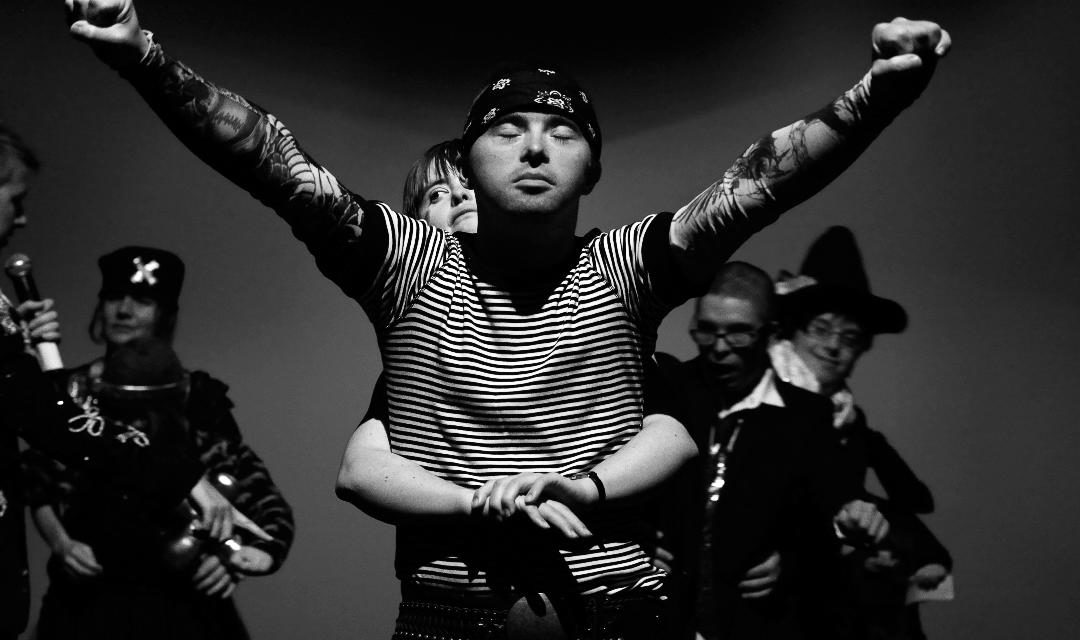 The discussions framing social theatre are all too often carried out in the language of public policy. Projects are promoted by their ability to produce outcomes such as “supporting self-esteem,” “healing socio-psychological wounds,” or “developing participatory community networks.” And while many applied theatre programs in places like prisons, schools, and refugee camps certainly benefit their participants in myriad ways, James Thompson and Richard Schechner warn in a “very special issue” of TDR that such paradigms can restrict the conversation surrounding these productions to their measurable therapeutic effects, discounting their artistic merits and putting them at imminent risk of death by a thousand budget cuts. [i] The future of any given program thus depends not on the work produced, but on the latest research trends and the personal agendas of the people in power.

In spite of their ability to speak the language of listening sessions and grant proposals, however, artists engaged in social theatre—especially those in the disability theatre community—have few illusions about the perception of their work. Most are aware that the permissions (and often funding) for their projects depend on the same government organizations, NGOs, and bureaucrats that construct the oppressive discourses marginalizing their artistic practice. [ii] Nevertheless, artist-activists empowered by the Disability Arts Movement have used creative research in the rehearsal room to act out their frustration and dissatisfaction with the very organizations that have brought them together. [iii] What has emerged is an embodied expression of the new affirmative model of disability that, according to John Swain and Sally French, “directly challenges presumptions of personal tragedy and the determination of identity through the value-laden presumptions of non-disabled people.” [iv]

Artist-activists in companies like Poland’s Teatr 21 have devised akcja performatywna or “performative actions” that stage these tensions and seek to mobilize larger public in favor of the marginalized. These interactive pieces defend the rights of disabled people to gain visibility in the public sphere while simultaneously speaking truth to power. The result does less to promote an idealized version of positive social change than to leave the participant/viewer unsettled and alert to the burden of difference.

Teatr 21 is an inclusive theatre company that stages dynamic, politically-charged social theatre in Warsaw, Poland. The theater’s mission is twofold: to foster an environment that lets the excluded find their place so the privileged can see the world through their eyes. The company grew out of a series of educational workshops for students with autism and Down syndrome at Warsaw’s Dać Szansę (Give A Chance) Special Social School in 2005. Under the direction of Justyna Sobczyk, head of theater pedagogy at the University of Warsaw’s Institute of Polish Culture, the students first came together to stage holiday plays for friends and family. In short order, though, a mutual desire for deeper and more intense exploration was expressed, and the group began to develop their own performance pieces outside the institutional environment.

In the years since Teatr 21 has emerged as an internationally recognized independent theatre company that employs 14 youths and adults with intellectual disabilities. Headquartered at the Zbigniew Raszewski Theatre Institute, the group devises several original productions each year for major Warsaw stages: Dramatyczny, Studio, Powszechny, Nowy, Baj, and Soho in addition to completing an annual collaboration with POLIN The Museum of the History of Polish Jews. The company has also recently begun touring their repertoire throughout Poland as well as performing at festivals abroad in Prague, Neratov, Berlin, Helsinki, and Freiburg.

In their day to day practice, Teatr 21 operates similarly to a joint stock company. In addition to the actor-activists, the company also employs a team of teachers, writers, activists, musicians, and choreographers (led by Sobczyk) that serves as a panel of co-authors and dramaturgs to help the actors collect and curate materials relevant to their lives and assemble them into fully staged multi-media spectacles. In addition to the stewardship of the company, the team conceives of itself as a resource for the actors, serving at turns as magnifying glass and megaphone for the messages of performers who communicate with varying degrees of verbal acuity.

As a part of their overarching mission, Teatr 21 frequently seeks to disrupt both the stigma and overdetermination attached to disability, employing clichés and misconceptions about the lives of the disabled to disarm their audiences and force a new perspective on the established discourse. In an article for Polish Theatre Journal, team-members Ewelina Godlewska-Byliniak and Justyna Lipko-Konieczna highlight the difficulties faced by the company’s actors in overcoming the stigma attached to their physical appearance. Citing Petra Kuppers so-called “paradox of (in)visibility,” [v] the authors describe how the actors’ distinctive facial features cause many in the public to overlook their individual subjectivities while simultaneously being drawn to the spectacle of their difference. These two fields of cultural meanings—invisibility and hypervisibility in the public sphere—cause a sort of dissonance that leads people to decode performers with disability (both on stage and in everyday life) as representations of disability writ large, obscuring the lived reality of the actors’ personal experiences and their individual agency in the realm of artistic choices.

The company confronts this tension in its 2015 work Upadki (Downfalls) when the cast takes an “all-inclusive trip” to a hotel in far Mongolia, where it is said that a Dr. Szczyt can perform a surgery to remove Down syndrome. When the actor, Grzegorz Brand, is asked why he wants to risk such a procedure, he intimates that it is the only way he can access a normal life, to work, to care for others. He is asked whether he can do those things as a person with Down syndrome. “No,” he replies. “No.” 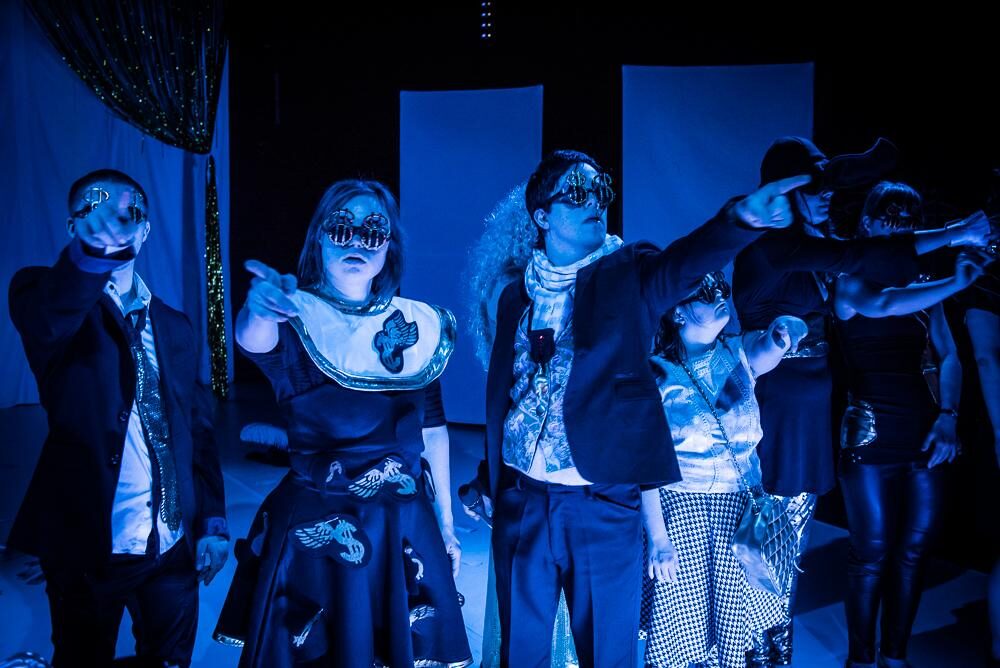 Pointing out society’s impulse to shelter people with Down syndrome, to do everything for them, the production seems to argue that all the trappings of a “normal life” that most people take for granted become a sort of living theatre for the disabled. Inhabiting an artificial world built from minimal expectations, they become alienated from the vitality of existence and the humanity of self-determination because they are only permitted to play act at being people in their daily lives. It is this very impulse that, as director, Justyna Sobczyk wishes to combat. She has consistently stressed that Teatr 21 is a professional theatre, not therapy. When asked in a recent interview how membership in the collective has changed the actors involved, she shut down the question, saying “No, I do not think that way. It is exactly the other way round: it is their influence that breaks the conventions we have established. And I am pleased to see that begin to radiate.”

Teatr 21 continues to create new work at the Zbigniew Raszewski Theatre Institute. Their show Klauni Czyli O Rodzinie (Clowns Or About The Family) was just named as a finalist for Best Independent Theatre Performance in “The best OFF” competition, Poland’s first nationwide juried independent theater prize. You can buy their books, Miedzy Marzenami A Upadkami, Czyli Teatralne Improvazacje Z Pieniadzem (Between Dreams And Falls, Or Theatre Improvisations With Money) and 21 Myśli O Teatrze (21 Thoughts About Theatre) on their website. 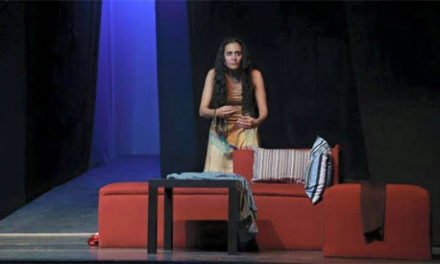 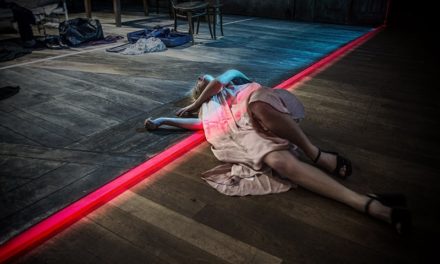