World Theatre Day: How Theatre Is A Means To Educate 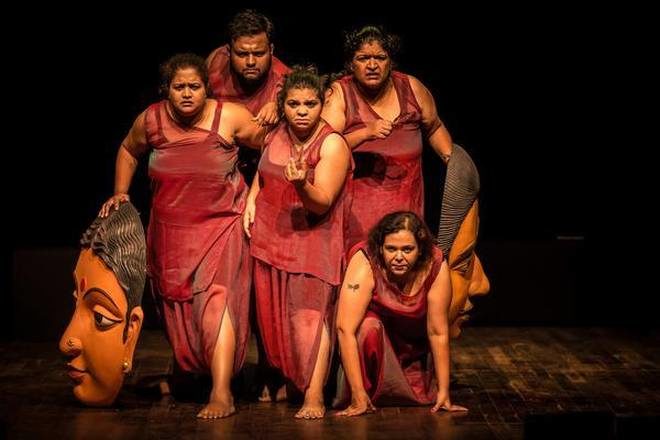 Clowns in hospitals, strangely dressed men in aeronautics class, and dance and music in a grim prison. On World Theatre Day, we explore how theatre is becoming a means to educate.

Did I just hear complex laws of aerodynamics being taught through theatrics and movement? And, body shaming boldly addressed through performance? While a clown artiste charms his way into the hearts of patients in a hospital. And in an apartment, there is a bohemian charm, as a play by Stray Factory unfolds. Conventional methods make way for interesting theatrical motifs in not just education, but also in combating social prejudices, creating a sense of collectivity and building confidence in the lives of IT professionals.

The familiar tale of the crow stealing the vada from the old lady’s basket comes alive in the aerodynamics classes of Vaayusaastra, an education company. It takes these classes to villages and Government schools, with the help of story-telling and short skits. The children watch the play unfold, learning a thing or two about aerodynamics, ionosphere, and the radiations entering the atmospheric layers. 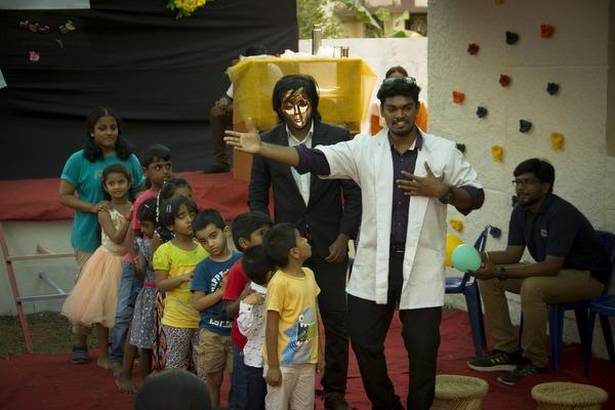 Says Jagadeesh Kanna, the founder of the company, “We embed aeronautical science into stories. They might forget technical terms but never the story.” An aeronautical engineer, Kanna decided to dedicate an equal amount of time to theatre, after he got a chance to act in a film. “I select stories like the myth of Pushpakavimana or Greek fables on birds during these workshops. Similarly, theories of friction, evaporation, and rainbows are taught through similar story-telling techniques. The children are fascinated and carry out experiments at home. Their parents are happy, even if that leaves their house messy.” 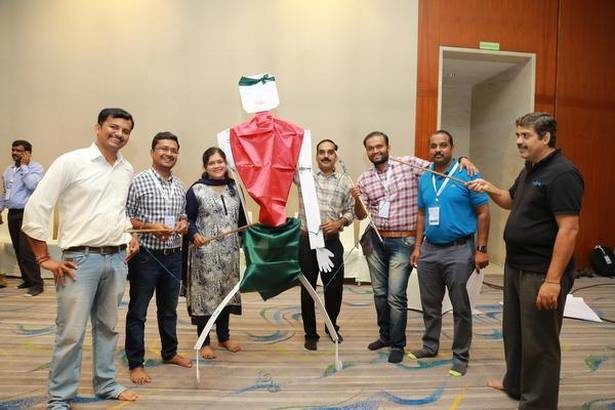 Talking about combining two disciplines, Evam Entertainment’s Training Sideways employs people equally good at theatre and corporate work culture for their workshops in companies such as Accenture, Google, Vodafone, and Airtel. Concepts of empathy, prevention of sexual harassment, communication, team building, and leadership are tackled through play workshops, blending the concept of an interactive workshop and play. There is a huge demand for this program now, says Sunil Vishnu, CEO of Evam and co-founder of Training Sideways.

“For instance, the Diversity and Inclusion program that handles gender equality is a hit. We now have at least 150 companies as our clients and we have finished 500 workshops in the last six years.” However, they make sure that corporate workshops are not just a mere extension of their theatre program, but an integral, stand-alone concept in itself. They look for people who have a rich experience in the corporate life as well as a solid one as an actor, adds Vishnu. 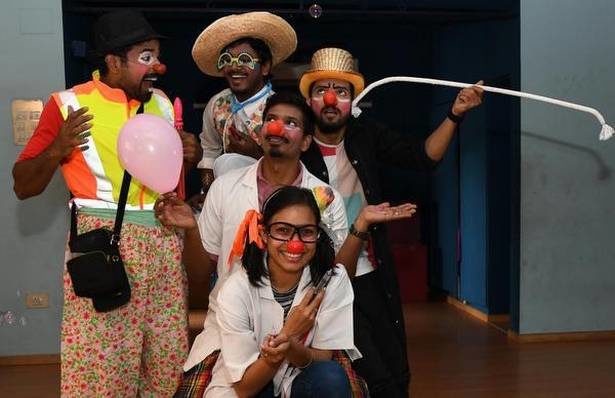 And, theatre can heal too. Hospital clown acts are quite popular abroad. And, in Chennai, The Little Theatre has been active at this. Rohini Rau, the trustee of Little Theatre, says the culture is just picking up. And, it is not just in the field of health, but also socially ostracised communities where theatre extends its healing hand. When Chennai artiste Mathivanan Rajendran of Stray Factory took part in the National Arts Festival in Grahamstown in South Africa four years ago, he had to shake himself off his comfort zone. He had to perform at a prison. He had to abandon the play he was prepared with and do something completely radical for the prisoners.

“Theatre has a way of humanizing your experiences. We normally do shows, thinking of what we want to showcase according to the context of the audience. But, what is the prisoners’ context? I had to rework on an improvised piece with movements.”

Theatre has always been a powerful social tool to make statements. So, it isn’t surprising when a couple of compelling performers come together as a reaction to a world ridiculing people who are overweight. Anuradha Rao, who is the director of Big Fat Company in Bengaluru, comprising plus-sized cast, says they were tired of playing maidservants and mothers-in-law or just being used as comic elements.

“Big Fat company as an ensemble of actors, initially got together to challenge ourselves as actors. In the general theatre scene, we are given stereotypical roles. Body is the main tool of a performer. And, we use it as much as we can. It has been a wonderful journey for us so far—to be just present in our bodies as us on stage, rather than hiding behind a text or a costume.”

On a larger note, all these groups are trying to create a communion through theatre, by bringing multiple disciplines, bodies, and ideas. Some explore new formats, while others experiment with new venues. But, to quote Rajendran’s phrase, “It is also about bringing an energy into space where we perform.”

This article originally appeared in The Hindu on March 26, 2018, and has been reposted with permission. 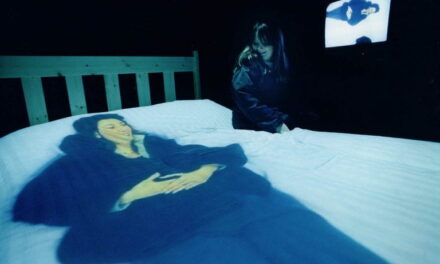 Be Creative with Your Videoconferencing, Make it Memorable, Make a Difference