Why Is Rudolf Nureyev So Popular Worldwide Even 26 Years After His Death? 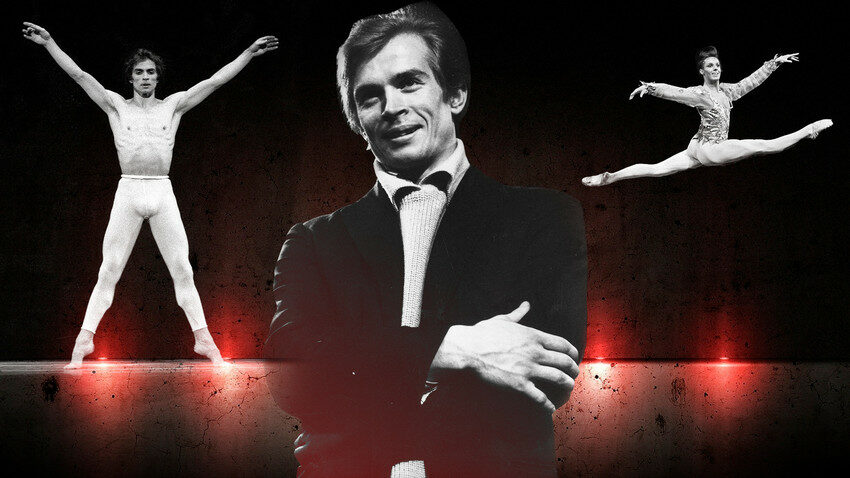 He was first in every sense: the first Soviet performer to refuse to return from an international tour; the first to become a superstar in the West; the first to come out as homosexual; and the first to talk about AIDS, of which he died at age 54.

Ralph Fiennes brought the premiere of his 2018 film, The White Crow, to Moscow. In 2017, the controversial ballet, Nureyev, directed by Kirill Serebrennikov, premiered at the Bolshoi Theater. Numerous documentaries about the dancer are released almost every year. Why do directors and producers find the figure of Nureyev so intriguing?

Rudolf Nureyev was an ordinary Soviet child with a volatile mixture of Tatar and Bashkir blood. He was born on a Trans-Siberian Railway train on March 17, 1938. Biographers romanticize the image of Nureyev by treating the circumstances of his birth as a portent of things to come. Indeed, the fact remains that he really did lead a rootless existence.

During World War II, the Nureyev family was evacuated from Moscow to Ufa. Extreme poverty, hunger, cold, and bullying at school – he wore hand-me-downs from his elder sister – contributed to forging his character of steel. 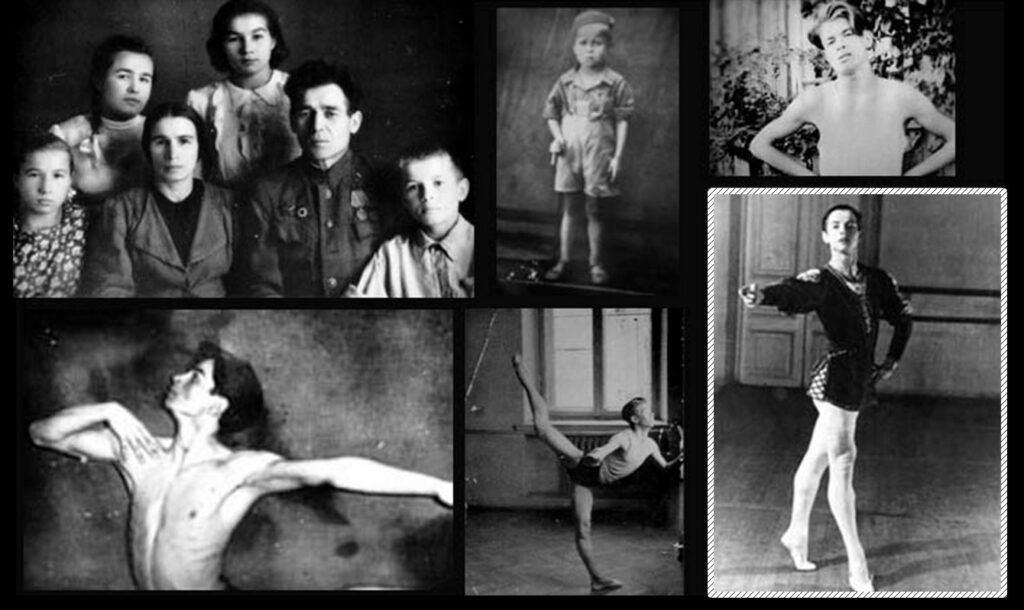 When Rudolf was six, his mother managed by a stroke of luck to get tickets for the ballet. The small boy was so enchanted by the performance that he resolved to be a dancer. His Muslim father opposed the idea and wanted his son to devote more time to his school work. But the rebellious Rudolf was determined and attended dancing lessons in secret from his father.

The dance teachers in Ufa proved to be able and intelligent. They spotted the young dancer’s potential and appreciated his spirited temperament, schooling him not just in ballet technique but also acting skills. They told him about Diaghilev’s ballets and about the great ballerinas.

His teachers were graduates of the Vaganova Choreographic School in Leningrad, regarded as the best in the country. They made it clear to Rudolf that if he seriously wanted to pursue a career in ballet, there was only one path to follow – the one that led to Leningrad.

Aged 17, Nureyev took the plunge – he left home and his parents and enrolled at the prestigious Vaganova Academy. There, he again found himself picked on – his fellow students teased him for his provincial ways. But he was lucky with his teachers again – he came under the wing of the well-known ballet dancer, and by now professor, Alexander Pushkin. Nureyev even lived at his teacher’s house for a time in order to avoid the bullying in his dormitory. 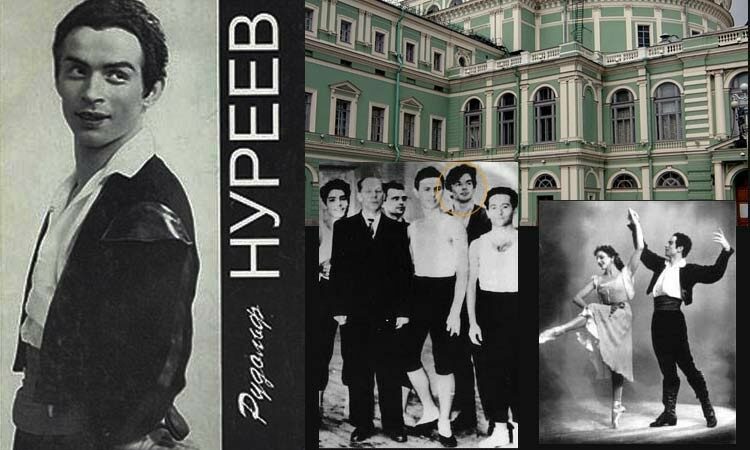 He devoted himself fully to his art. “Every step should be marked with your own blood,” the young dancer is quoted as saying.

Upon graduation from the academy, he was talent-spotted and immediately admitted as a soloist to the ballet company of the Mariinsky Theater (then known as the Kirov Theater of Opera and Ballet). His first role in Swan Lake on the famous stage earned him unprecedented public affection. It was 1958.

Three years later, in 1961, the Mariinsky Theater went on tour to Paris, where opera audiences applauded no less than Soviet ones. Ignoring the KGB’s guidelines about how performers should behave abroad, Nureyev socialized a lot with French dancers, lived it up in the French capital and arrived back late at his hotel.

The Soviet theater was due to travel on to London, but Nureyev was issued a ticket to Moscow. He was told he was being summoned for an important performance. Sensing that he was being forbidden to travel abroad, he chose freedom. 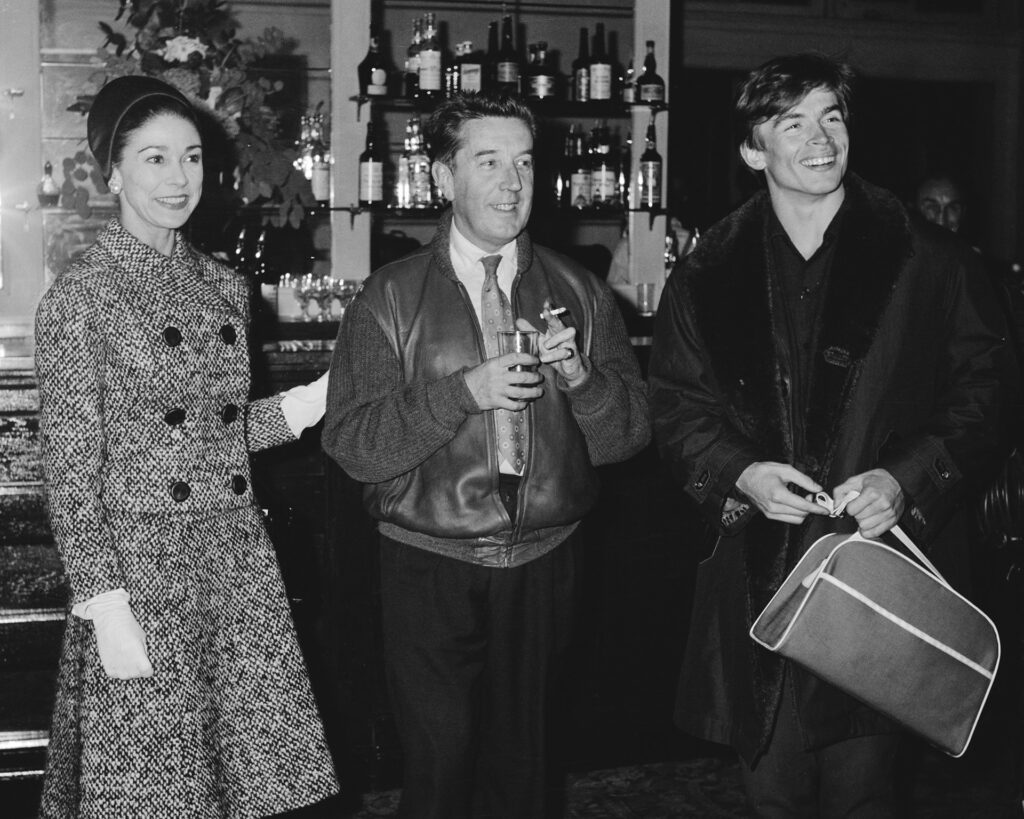 The French authorities allowed him to stay, and the Grand Ballet du Marquis de Cuevas offered Nureyev a contract even though it was already the very end of the season. Subsequently, he received invitations from a wide variety of theaters: he performed in London, Paris, Cannes, Chicago, and New York.

Seeing 42-year-old prima ballerina Margot Fonteyn dancing in London for the first time, the 23-year-old Nureyev fell passionately in love with her dancing manner and dreamed of performing in a duet with her. Fate smiled on him, and the Royal Ballet invited him to dance with Fonteyn in Giselle. Their duet wowed audiences. The dancers formed a creative friendship that was to last many years: They charged each other with energy and worked on many joint projects. 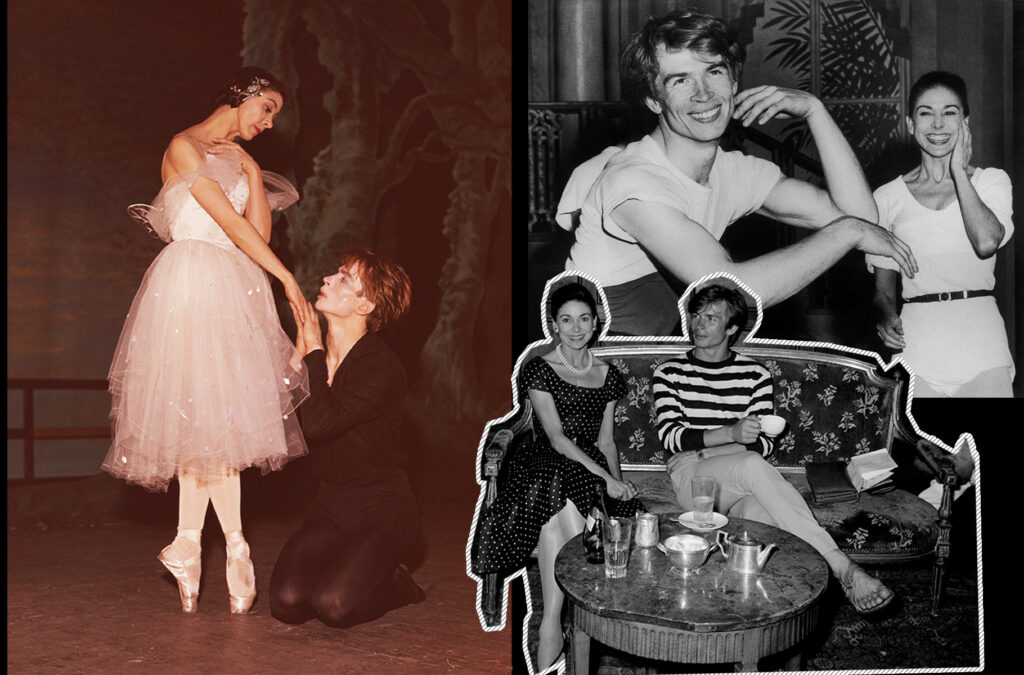 Nureyev stayed in the Royal Ballet for many years, dancing there until 1977. At the same time, he was offered many other opportunities, in some cases choreographing productions. In Copenhagen, Nureyev met Erik Bruhn and was greatly taken by his dancing skills. The two men fell in love and maintained an open and close relationship until Bruhn’s death in 1986. 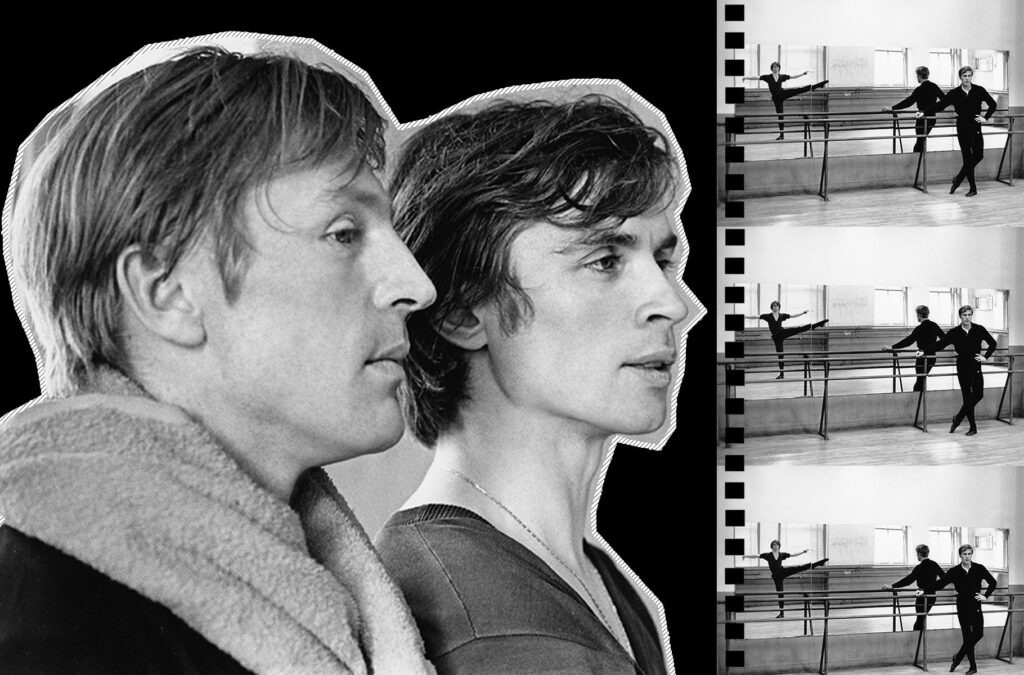 The Paris Opera and HIV

The year 1983 saw Nureyev offered to head the Paris Opera Ballet. He brought a new vision to the ballet form, staging both classical and experimental productions and nurturing several young stars who went on to achieve international fame. Under Nureyev, the company was much in demand throughout the world and toured frequently. 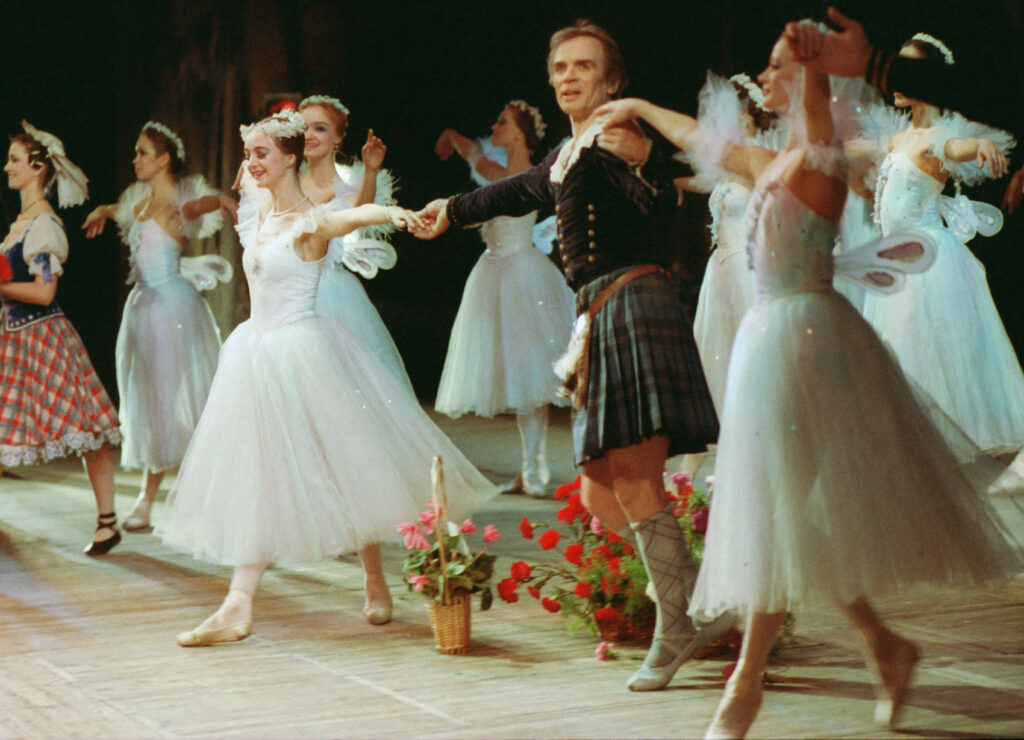 In 1989, 30 years after he left his motherland Rudolf Nuriyev visited Leningrad to dance at the Kirov Opera and Ballet Theatre, Yury Belinsky

Soon after his appointment, however, Nureyev tested positive for HIV. He tried various treatments, but his strength diminished from one day to the next. He was practically unable to dance anymore, and in the last years of his life, he devoted his declining energies to conducting. 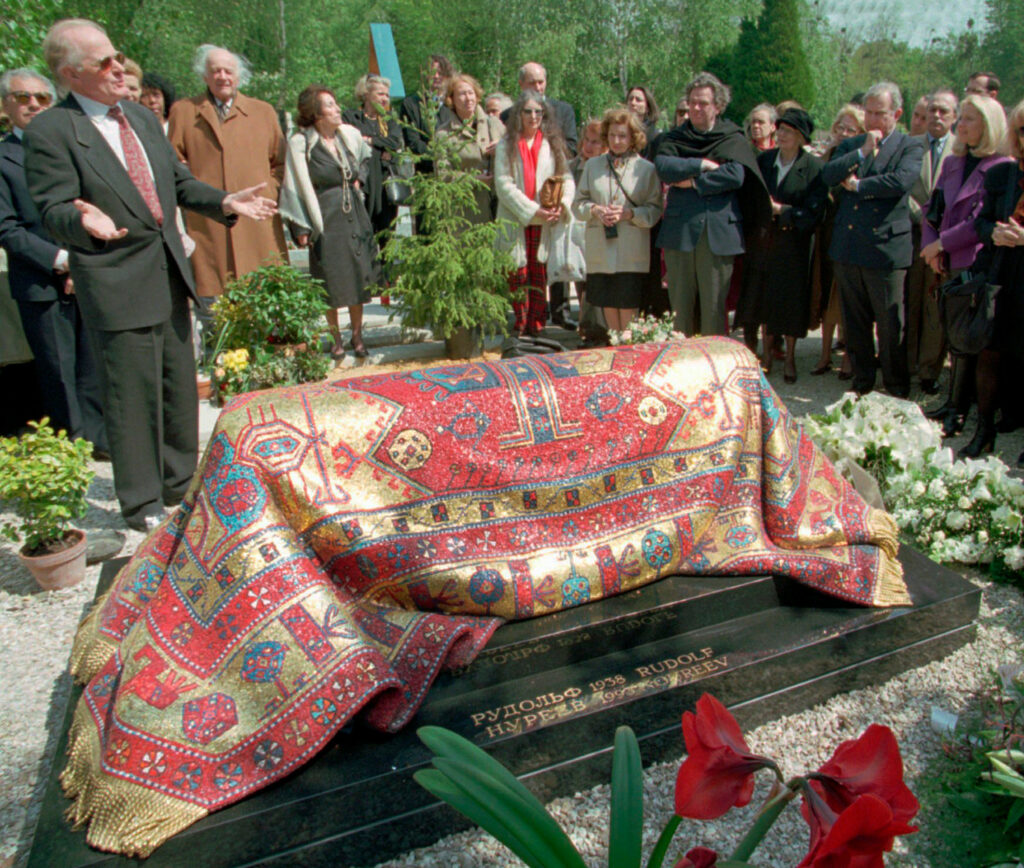 President of The Rudolf Nureyev Foundation unveils the monument decorating the grave of the dancer, Francois Mori/AP

Nureyev died in 1993, and in accordance with his last wishes, he was buried at the Russian cemetery in Sainte-Geneviève-des-Bois, which is also the last resting place of Ivan Bunin, Nadezhda Teffi, Zinaida Gippius, Dmitry Merezhkovsky, and many other well-known cultural figures. Nureyev’s grave can easily be recognized by the mosaic oriental rug draped over it – carpets, like dance, were his passion.

This article appeared in Russia Beyond on April 25, 2019, and has been reposted with permission. 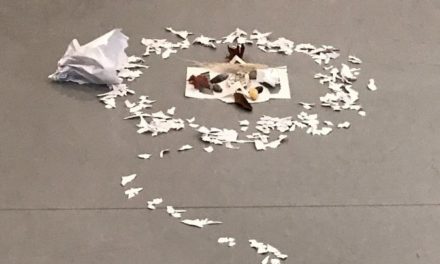 Taking My Shoes Off: Dramaturgy By Movement 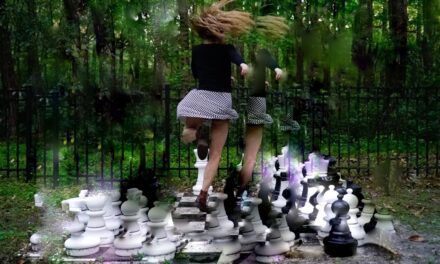