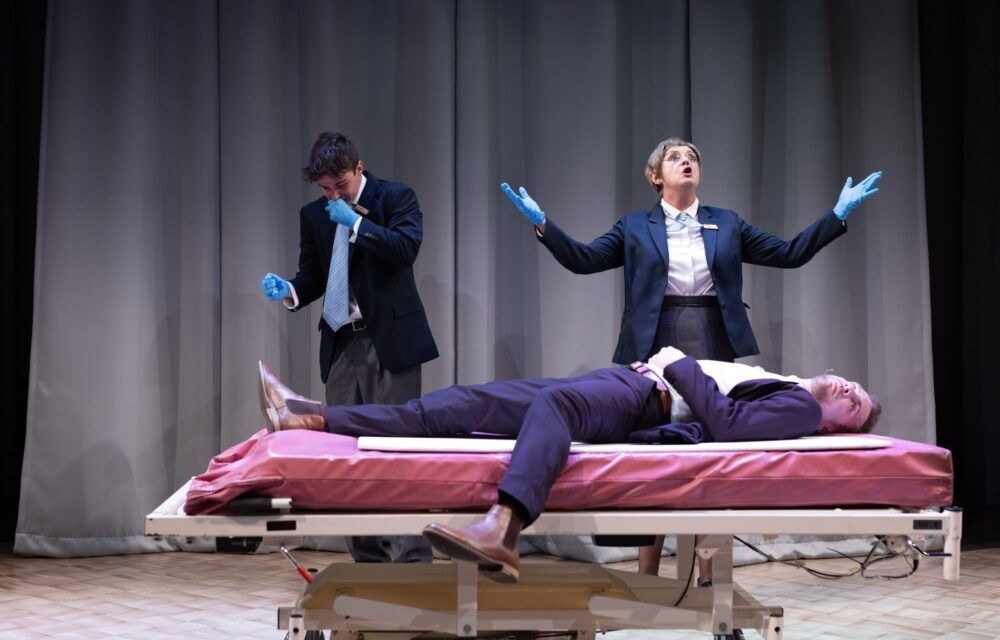 Review: Return to the Dirt, written by Steve Pirie and directed by Lee Lewis, Queensland Theatre

I head to the world premiere of Return to the Dirt by Steve Pirie without reading the press materials. I like to go in uninfluenced, and that’s hard these days, to avoid the trickle-down effects of hype even for a play at the Queensland Theatre Company in the Netflix age.

I’d gleaned Return to the Dirt was about men and depression and suicide. Inside, the looping voice-overs advising of blackouts, swearing and references to suicide set the tone. It’s opening night and the speeches happen before the show — artistic director Lee Lewis telling us with lots of enthusiastic arm movements that Return to the Dirt had been selected for the tenth staged winner of the Queensland Premier’s Drama Award because it asked the big questions. We’re told that boys should come and see it.

By the time I head inside expectations are high. I’m ready to get gut-punched. Bring on the death. In this regard the first act is like a lukewarm bath — not until the second do I get incinerated.

Return to the Dirt is about a guy in his early twenties, Steve (Mitchell Bourke), desperate for cash to fund his wedding, who lands a job at a funeral home. Not prepared for what he’s getting into, he’s taken under the wing of veteran Deb, played with exquisite timing and verve by Jeanette Cronin — and shown the ropes. Not surprisingly the ropes prove to be confronting.

In a meta move, the playwright is also a character on stage watching Bourke playing a younger version of himself — because as he says, we might have wanted a nicer jawline to look at.

This is Pirie’s real-life story, and he operates within it as conductor, stagehand, active player — a concentric motif, represented by a revolving stage and a roll call of ensemble characters played by all except the two Steve’s. The characters slide in and out, as do the dead bodies.

Dying is not a nine to five business

The issue with the first half is that it is dedicated largely to ratcheting up the tension between Steve’s home and professional life in unsubtle ways. His fiancée Claire (Sophie Cox) is obsessed with the wedding and Steve is over-stretched by the on-call demands of his job. Dying is not a nine-to-five business.

The rather twee domestic scenes are not helped by the one-note characterization of Claire who bounces around the stage like a bubbly teenager. If I was Steve, I’d want to run too, and they don’t appear to talk to each other as much as they do middle distances, the chemistry falling flat.

The spectre of Steve’s mental illness and acts of self-harm comes out of left field in the second act — not a fault of Bourke who does well with the material — the setup just falls short in terms of messaging. This is not because it isn’t there, there are projections of keywords above our heads to make sure we don’t miss the point. But because the direction (in decisions like these) and the depiction of the relationship are somewhat dated, the effect on us lacks gravitas.

The scenes pulling back the curtain on funeral home procedures are the most enthralling, notably when we’re taken through the machinations of 21st-century embalming.

The body is represented on stage by a giant model of the board game Operation — all the bits of us flat packed and on display — a huge neon puff erupting when the gases are released — the audience laughing and squirming around in the knowledge of their own barely contained juices.

Pirie is at his best when illustrating how in death we’re all reduced to garish cartoons, until we’re made palatable and a version of our best selves again. So too when he’s ripping the white sheets off the corpses, exposing the things we don’t want to see, and laying into the corporatization of grief in Western secular societies — a role undertaken with just the right amount of villainous, clipboard rationale by Chris Baz.

The bare facts of mortality

This all ramps up in the second half where Bourke and Cox are also given more range — scenes where Steve is repetitively stabbing his legs and falling apart, and Claire’s having to think about his breakdown more than flowers — are confronting.

Everything starts to spin faster on that revolving stage and we’re getting down and dirty and into the heart of it — dead babies and grieving kids and bodies hanging off of ropes — Pirie liberating himself from providing too much context and telling us how he really feels.

And in essence that’s what this play does — connects us to the bare facts of our mortality and the extraordinary people who, if we’re lucky, take care of our last hurrahs.

This article originally appeared on The Conversation on October 25, 2021, and has been reposted with permission. To read the original article, please click here. 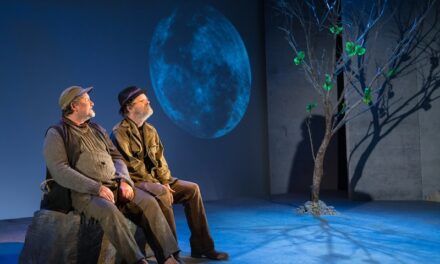 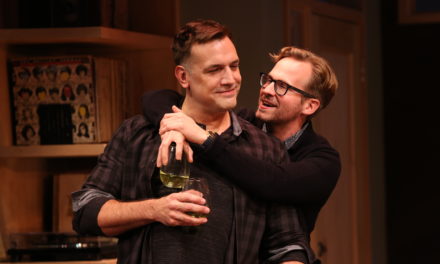