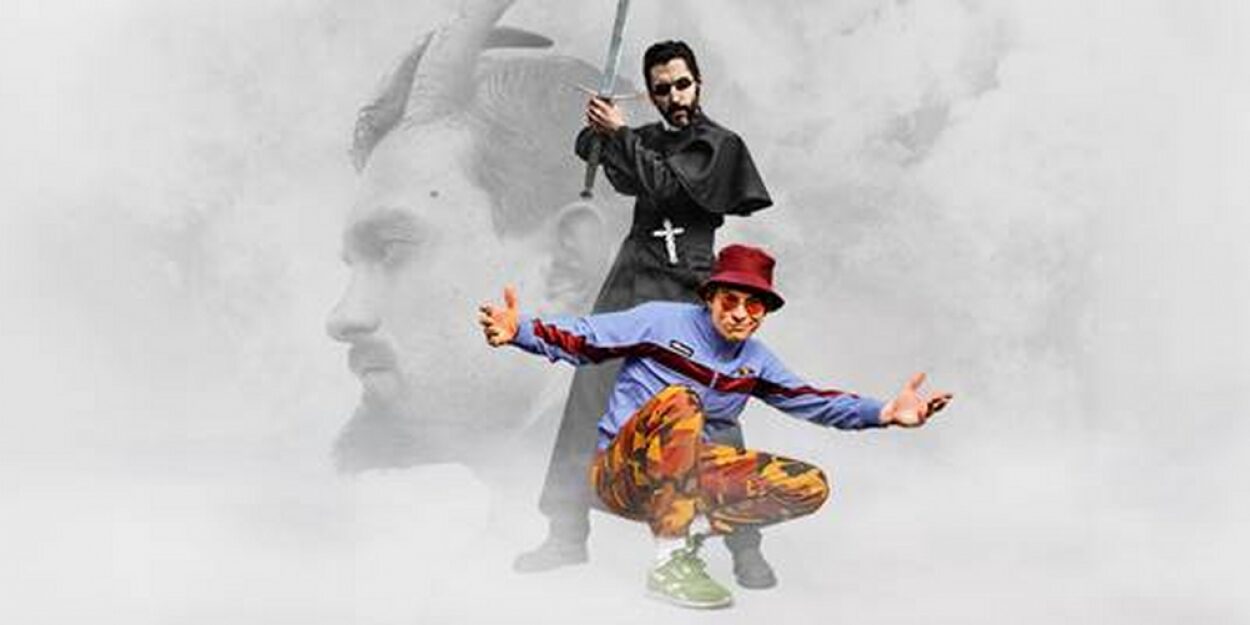 If you love theatre, namely the experimental kind, I highly recommend a trip to the Edinburgh Fringe Festival at least once in your life. For a couple weeks in August, the Scottish city plays hosts to hundreds of shows. But if you’re located in New York City, checking out the Fringe Encore Series at Soho Playhouse isn’t a bad substitution. The venue is hosting 18 shows from fringe festivals around the world, including Police Cops’ horror comedy Badass Be Thy Name, which played a sold out run in Edinburgh. Tickets for the show at the Edinburgh Fringe were 12 pounds, the run through December 10th here in New York they’re $40. But hey, that’s New York. You’re essentially paying for the convenience of not having to go to Edinburgh for fringe theatre as well as a degree of curation. At the Edinburgh Fringe your twelve pounds might get you into something terrific or terrible. Luckily, Soho Playhouse hosts the encore series in order to highlight the best of the best.

Nevertheless, while I don’t suggest that you lower your expectations, I do recommend that you adjust them accordingly. Fringe theatre is a very specific kind of theatre. Productions typically involve small casts, little to no set, and run about an hour. Since the creation of fringe theatre in the 1940s, certain fringe genres have developed over the years. One of these, my personal favorite, is the low budget genre parody. Think Reduced Shakespeare Company’s Shakespeare Abridged or live performances of The Rocky Horror Picture Show. But for Police Cops, it’s a glorious spoof of the 90s club scene and Vampire-hunting action films. If your idea of a good theatre experience is a night out seeing another revival of Guys and Dolls, this might not be the show for you. But if you always dreamed of a mashup between Trainspotters and Blade II, Badass Be Thy Name will more than satisfy that craving.

Naturally, Badass Be Thy Name is theatrically cinematic. Aside from the numerous film moments and genre conventions that the show lambastes, the cast uses props and intricate lighting and staging techniques to convey cinematic moments. The best of these moments occurs when two of the cast members get replaced by action figures in order to pull off a number of involved stunts and fights. The three creators and performers, Nathan Parkinson, Zachary Hunt, and Tom Roe, clearly have an eye for the visual.

The show revolves around a young man living in Manchester, England in 1999. Just as he laments his dead end job and feels destined for sonething more, reports emerge of Vampire attacks occurring in the area. Cue the requisite encounter and team up with Badass (a Vampire hunter/priest). Mayhem ensues, involving glow sticks, a devil who loves candy, and an ingenious use of a baby doll. The production more than lives up to its name.

Just because the show isn’t Broadway doesn’t mean it lacks spectacle. It’s just a different kind of spectacle, in the sense of “look how they did it!” The show has choreographed fight scenes, rave-style dance interludes, and even a hilarious musical number, all with the cast of three. Saturday’s show was Police Cops’ first performance at Soho Playhouse, and it was evident the group did not receive sufficient tech time. Several things went wrong involving light and sound cues. But as veteran fringe performers, the three cast members knew this was par for the course. Fringe shows are notoriously low on tech time, in some cases performers don’t even get to see their theatre space before performing in it. At the performance I saw, Police Cops pulled things out of their asses (sometimes literally), and their split second improvisations were so quick witted that part of me would sometimes hope things would go wrong.

But don’t let the flying by the seat of its pants nature fool you, as what Badass Be Thy Name lacks in tech polish it makes up for in having been tightly rehearsed and choreographed. I say choreographed because in addition to the aforementioned dances and fights, the entire show is staged in order to cram an entire full length action-movie story into one hour. Cast members double and triple up on roles, and the jokes and puns come fast and fierce. Badass Be They name is a low budget production with high stakes, and efficiently tells a vampire story that definitely doesn’t suck. Sorry, couldn’t resist the puns, they are infectious after all. 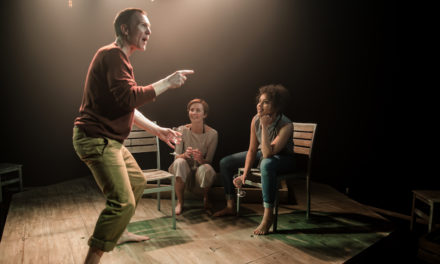 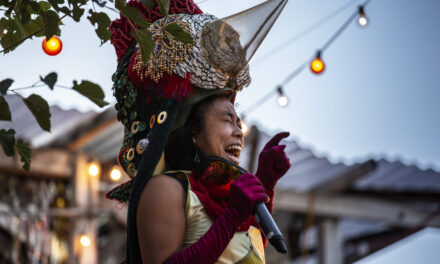