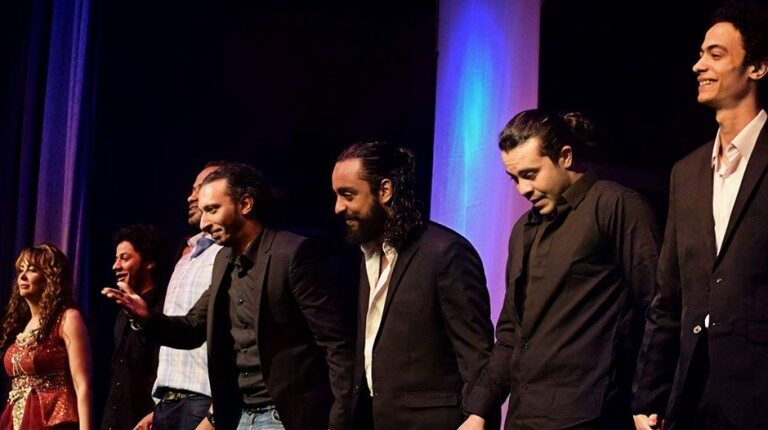 In his famous tragedy Hamlet, which portrayed revenge, death, greed, and betrayal, William Shakespeare raised one of the most memorable questions of all time “To be or not to be”, part of the lament by the main character Prince Hamlet. Although this tragedy was written between 1599 and 1602, it still provides a valid dramatic representation of power struggles and wars for the throne which could lead to someone committing an unforgivable crime and destroying all known moral standards.

Under the supervision of theatre director and stage choreographer Monadel Antar, the Egyptian Modern Dance Theatre troop decided to present a modern vision of Hamlet which focused on creating a connection between the historical tragedy and scenarios in our everyday lives. The modern treatment of the play by Antar won him a grant from Bibliotheca Alexandrina to help finance the production. Although the troop has turned Mawlana and Al-Feel Al-Azraq novels into theatrical performances before and won many awards, presenting a classic tragedy was a new challenge for them. 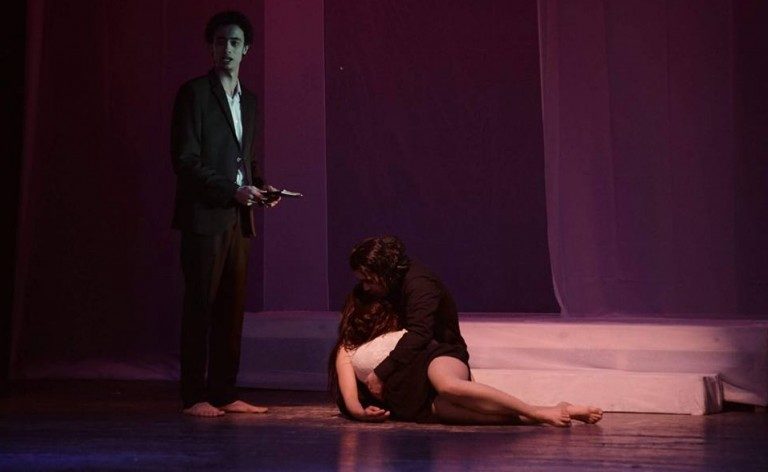 The theatrical troop (part of the stage performance). Photo by Mohammed Hemeda

“When I found out that Shakespeare’s writings would be the main theme of the competition organized by the Bibliotheca, I immediately thought of the plays the Merchant of Venice and Hamlet, but I preferred to work on the later tragedy because I love it more,” said Antar, the director of the play.

Transforming the original tragedy into a modern play that is consistent with modern-day life was the hardest part for Antar who spent four months writing up his interpretation.

“The challenge was rewriting Hamlet in a way that aligns the Egyptian and Arab identity. As we know, history repeats itself and the same incidents that take place in Egypt nowadays have happened many times before on the international level,” he said.

In the new treatment of the tragedy, he preferred to work in three parallel worlds: the original drama, the modern psychology science, the poem of the well-known Egyptian author Naguib Soror entitled “Crazy Thoughts from Hamlet’s Diary”.

“Although the play is performed in an informal register, it managed to preserve the essence of the original play. I presented some of the main scenes between Hamlet and his mother as they are. I also kept the main roles of the King Hamlet, Prince Hamlet, Claudius, Gertrude, Horatio, and others,” he added.

The play was first performed on the stage of the Bibliotheca in front of an audience of 1,630. Recently, it was presented at Al-Hanager Theatre in Cairo Opera House where it also attracted a large audience.

“I know that people, with their different social classes and backgrounds, will interpret the play from their various perspectives. I don’t believe that the arts are supposed to push certain messages on to the audience; they have to let the audience make their own judgments about what they see,” he explained.

Antar is currently working on another play with Omar Al-Moataz Bellah called Al-Galsa that will be performed during Ramadan in Al-Hanager Theatre. “So many theatre directors working on the same project may be a new and unusual venture but I’m sure we will meet everyone’s expectations,” he added.

This post originally appeared on Daily News Egypt on March 27, 2016, and has been reposted with permission. 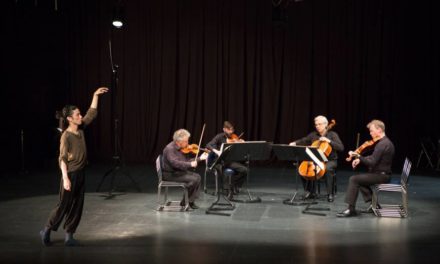