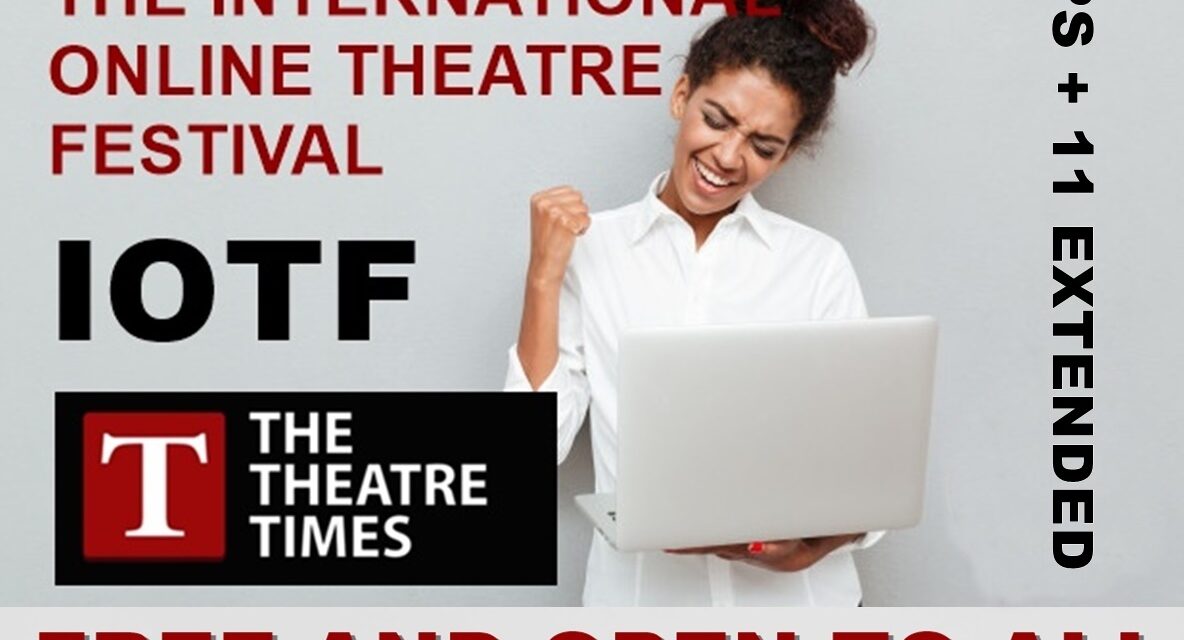 IOTF is an annual online theatre festival showcasing the work of diverse global artists. IOTF PS + 11: EXTENDED offers a two-week extension to this year’s IOTF – productions from Argentina, Brazil, Poland, Portugal, South Africa, Chile, and the US provide further engagement with the festival’s theme: how realities can be transformed and transfigured, and what theatre offers in terms of conceptualizing the world we might want to forge, create, or envisage. It’s about theatre as the art of the possible in a time when we are asking “How might theatre adapt to a (post-)COVID-19 world?”

All productions are free to watch, wherever in the world you are.

The eleven featured productions include Annie Dorsen’s ground-breaking Hello Hi There, her imaginative riff on debate between Chomsky and Foucault in 1971. Jay Scheib’s multimedia production of Carmen, performed in Miami, FL, offers a fiercely contemporary imagining of the iconic opera. From New York’s Michael + Patrick comes A Doll’s House, Part 3, an exploration of what might have happened in 1897 when Nora walks out at the end of Ibsen’s iconic play, adapted for the reality TV generation.

From Brazil come two productions: Christiane Jatahy’s canonical Julia, a contemporary take on Strindberg’s Miss Julie, first seen in 2011, which fuses theatre and film onstage to create a new work at each performance; and Cia Pequod’s 2014 Peh Quo Deux, which brings together five of the most important Brazilian contemporary dance artists in an exploration of motifs from Italo Calvino’s 1988 book Six Memos for the Next Millennium.

Argentina’s Mariano Pensotti provides a unique take on the legacy of the Russian revolution in his exquisite Arde brillante en los bosques de la noche / Burning Bright in the Forest of the Night. Produced by HAU Hebbel am Ufer, Complejo Teatral de Buenos Aires, Kunstenfestivaldesarts (Brussels), and Maria Matos Teatro Municipal / House on Fire, with the support of the Cultural Programme of the European Union, it shows the complex ways in which identity formation in Argentina is inextricably linked to broader European histories.

Collaborating for the first time with Escenix, Chile’s first platform for streaming performance works, we are delighted to present Xuárez, Manuela Infante’s 2015 award-winning production of Luis Barrales’ play revisiting Chile’s colonialist past through the figure of Inés Suárez – a mythical Spanish 16th-century conquistadora.

From South Africa’s The Centre for the Less Good Idea, founded by William Kentridge, comes a program of work (Programme 2, Season 7) introducing audiences to the hybrid analog and digital technologies of Pepper’s Ghost. A mystery creature from the mind of Franz Kafka, an avant-garde verse drama by a Soviet playwright, and experimental takes on the Shakespearean soliloquy all occupy the world of Pepper’s Ghost.

Poland’s multi-award-winning Marta Górnicka, and a rising star of European opera, Krystian Lada, also present aesthetically radical pieces that engage with operatic form in dynamic, imaginative ways. Górnicka’s Magnificat translates the classical chorus into a rhythmic polyphony of words, sounds, and movements and interrogates the power that the Catholic Church claims over the bodies and fates of women. Lada’s Unknown, I Live With You – with music by Katarzyna Głowicka and a libretto based on poems written by Afghan women under the Taliban regime – is a mix-media installation performed by opera singers, including international star Małgorzata Walewska and transgender singer Lucia Lucas.

Portugal’s Tiago Rodrigues brings his Teatro Nacional Dona Maria to the festival with Sopro (2017), the tale of a prompter whose life story is interwoven with the adventures of her director and the plays produced at the theatre where she has worked for over forty years. This is a production about community, about shared cultural heritage, about the ways in which humanity understands its past and its present.

The Theatre Times’ videoconferencing chat rooms will offer a series of talks and online events related to the screenings. A series of podcasts and interviews with artists featured in the festival will also be posted on the festival website.

IOTF: The International Online Theatre Festival is presented in collaboration with Stanislavsky Electrotheatre, Schaubühne, Stage Russia, Ninateka, Escenix, La Marea, Teatro Nacional D. Maria II and DigitalTheatre+, with the support of The Royal Central School of Speech and Drama, University of London, Emerson College, and all the companies who have given permission for their work to be screened and shared. 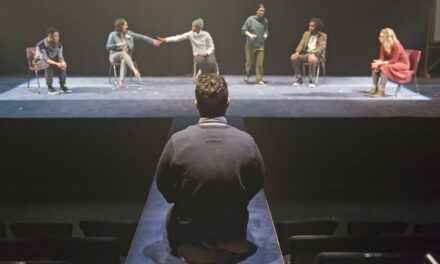 Youth Find Hope For The Future Through Documentary Play 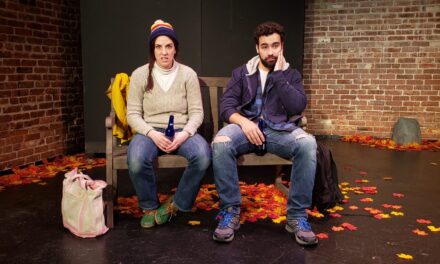