The Gladstone Celebrates A Decade Of Drama 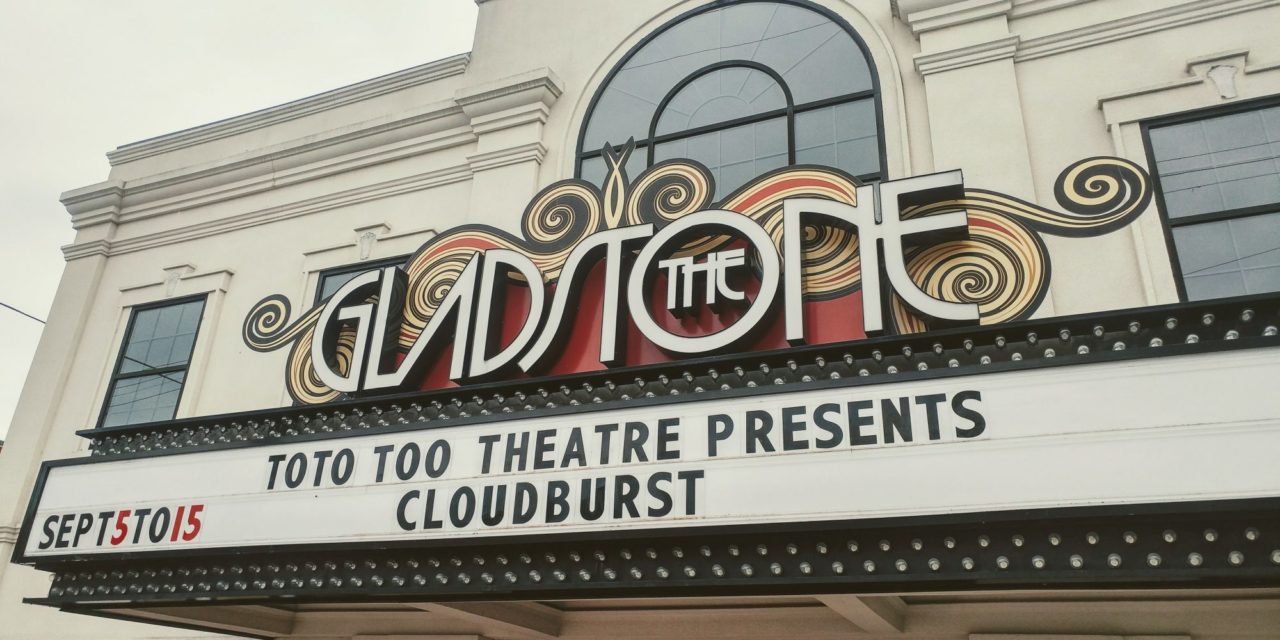 The Gladstone Theatre turns 10 years old this fall. That may make it a mere stripling in the art world, but in the past decade, it’s taken on a very adult role in Ottawa’s theatre scene.

And if its upcoming, jam-packed season–24 shows by more than two dozen different companies–is any indication, the Gladstone will be operating into ripe old age.

“Any night of the week, there’s something going on. That’s not what you’ll find in most theatres.”

One reason for its bustle is its business model. Basically a rental house, it hosts shows running anywhere from four nights to two weeks. That means there’s always something fresh on stage and the stage is almost never empty.

It also offers a fascinating mix of productions, most of them professional but with some community theatre in the mix.

That open-minded approach to programming makes The Gladstone a magnet for companies seeking a venue. Local director and producer John P. Kelly has directed some two dozen shows at the theatre, including Alan Ayckbourn’s farce How The Other Half Loves, which opened The Gladstone’s inaugural season in 2008.  Kelly is back as a director in January when his SevenThirty Productions presents David Greig and Gordon McIntyre’s Midsummer, a play with songs.

“What makes The Gladstone good for a producer is that it’s available to independent artists, and not many (venues) with 230 seats are,” says Kelly. “That makes it a very good venue commercially.”

The building itself had a storied history as a performance space long before Kelly mounted The Gladstone’s inaugural show back in 2008.

Built as a truck garage, the building was home to the Great Canadian Theatre Company from 1982 until GCTC moved to Wellington Street West in 2007. Local businesspeople Marilisa Granzotto and Steve Martin bought the building that same year, poured more than $1 million into renovations that transformed the tired space into a glamorous, Art Deco-style house, and launched an ambitious, 11-show season of professional theatre in their first year.

However, debt and lower revenues than anticipated meant The Gladstone was soon scrambling to keep up financially. Martin put the building up for sale in 2010 for $1.5 million, but couldn’t sell it.

The building finally sold in 2015, after being listed for $995,000 on various sites including Kijiji, and the new owner agreed to continue leasing the site as a performance space.

In the meantime, Ottawa-based Plosive Productions and SevenThirty Productions had taken over programming and were soon joined by other companies.

Operations changed again when The Gladstone was incorporated as a non-profit in 2016, and Connors was subsequently taken on as full-time theatre manager.

This summer, Connors and company negotiated a new lease that extends to 2025.

“It allows us to do long-range planning,” says Connors, who lists a series of improvements to the facility including LED lights and handrails for the steeply raked aisles.

Those raked aisles and seats and their close proximity to the stage are part of what makes The Gladstone a great place to act, says Robin Guy. She’s performed in a dozen shows there and is also artistic director of Three Sisters Theatre Company, which is back at The Gladstone this season.

Being so close to the audience–in fact, being able to see the first three or four rows–“creates intimacy, a really interesting energy between the performer and the audience,” she says. “The energy feeds you, gives you a boost.”

Guy, who’s performing in Bear & Co.’s This Flight Tonight: Songs Of Joni Mitchell at The Gladstone in mid-October, adds that without the space, there would be no real venue for independent theatre in Ottawa.

That home of independent theatre gets serious support from the Preston Street Business Improvement Association, which represents nearby restaurants and other businesses. Aware that a theatre draws people to an area, the BIA has donated $10,000 a year to The Gladstone for the past decade, says Connors. A number of local restaurants also offer discounts to Gladstone patrons.

With its local support, operational funding from the City of Ottawa and more than 25,000 patrons annually, The Gladstone is financially stable, according to Connors. And that’s good for performers and others: for example, The Gladstone paid out $635,000 to local artists in the 2017-18 season.

None of which would happen without audiences.

“What’s special about The Gladstone compared to other rental facilities is there’s an audience that comes here regardless of what’s going on,” says Connors. “Even though there’s been lots of turnovers–the management has changed, the building was sold–what’s remarkable is the audience keeps coming back… The Gladstone definitely has a fan base.”

This article originally appeared in Capital Critics’ Circle on August 26, 2018, and has been reposted with permission.