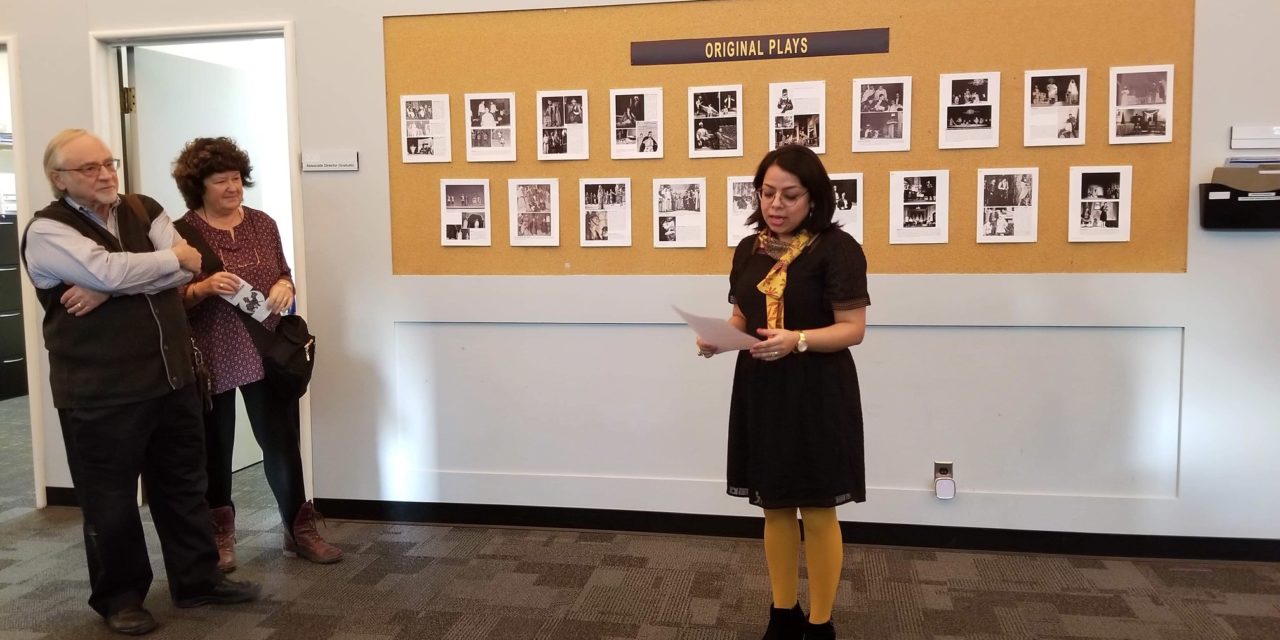 On January 11, 2019, the Centre for Drama, Theatre and Performance Studies at the University of Toronto reached a new milestone by creating a platform for diversity in theater education: the first-ever Middle Eastern Theater Exhibit, curated by Marjan Moosavi, opened to great success in the lobby of the Centre, located at the heart of the University of Toronto. The exhibit features three billboards covered entirely with over 85 images of Middle Eastern Theatre performances during the 1950s and 1960s from seven countries. Students, faculty, and friends from various universities and colleges around Toronto joined the opening to explore the images and captions of Middle Eastern original theatrical works, adaptations, pioneer women, and traditional performances. Among the guests at the opening reception were Don Rubin, the chief editor of the World Encyclopedia Of Contemporary Theatre, and his wife, Patricia Keeney, the poet and novelist.

The images are truly remarkable: not only do they give us a glimpse into the history of performance art in the Middle East; they also display the unspoken artistic and cultural practices of these countries to a Canadian audience–something often disregarded and forgotten by Westerners. Marjan tackles this Western ideology in the event brochure: “The Middle East has an image problem, that is why we know more about its anti-theatrical prejudices and history of lacking performance arts than about the diversity of its performance traditions.” The exhibit is the first of its kind and strives to change how we view the Middle East, its culture, and its people. 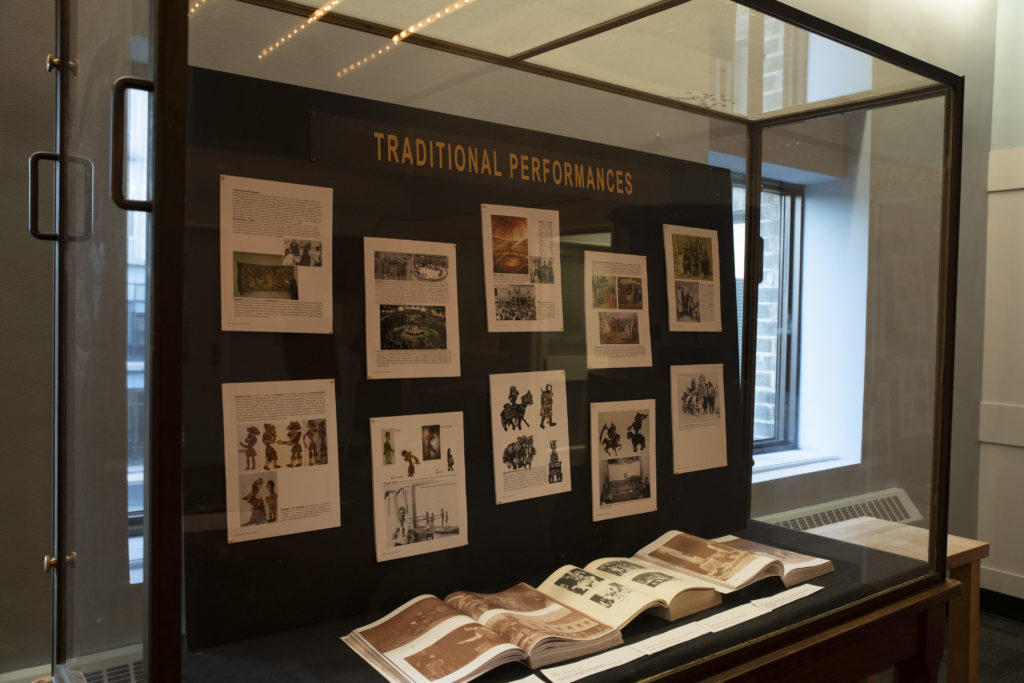 In her opening speech, Marjan noted, “In the course of collecting the photos, which was a very challenging and long process, I was able to establish trust with many great scholars and know amazing stories. I went through very exciting journeys to Tehran and Cairo and also had very interesting conversations with several people whom I know only through social media.”

The financial sponsors of this exhibition are the Centre for Drama, Theatre and Performance Studies, the Hart House Good Ideas Fund, Professor Stephen Johnson, and Bahman Koosha.

I highly recommend that you come support this revolutionary exhibit and join in celebrating the diversity of theatre practices found around the world, starting with the Middle East.

This free exhibition runs continuously until April 1, 2019, on the Lobby of the University of Toronto Centre for Drama, Theatre and Performance Studies, 214 College Street, 3rd Floor. 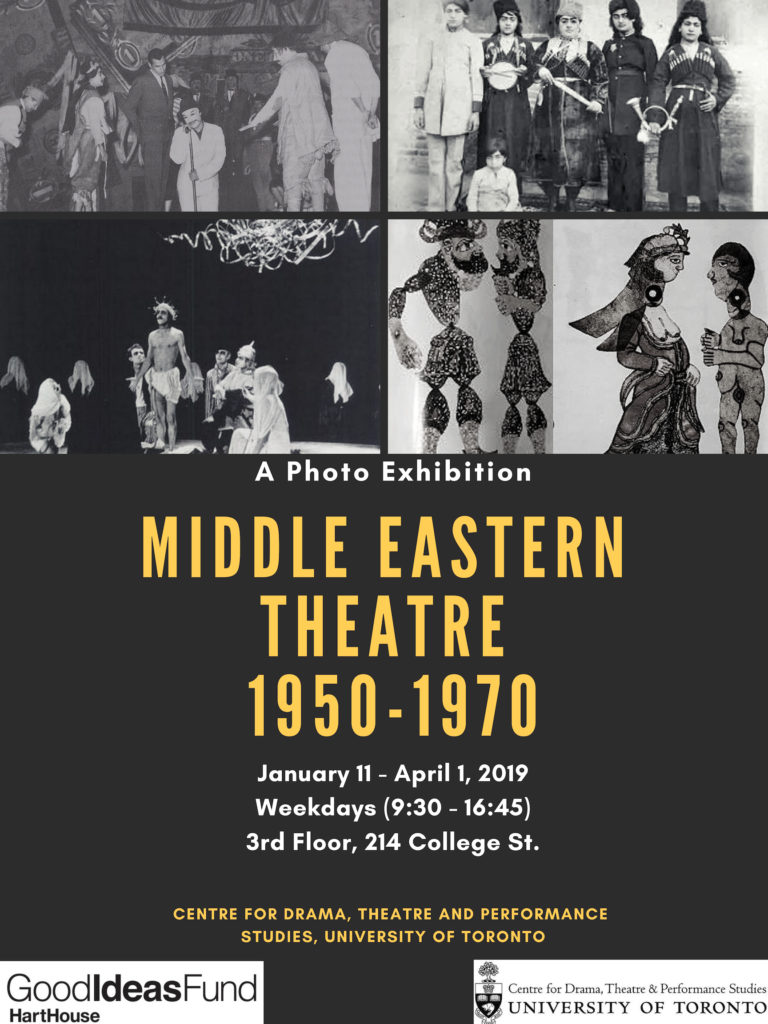 Poster of the Exhibition

For further information and to invite the collection to your department or centre, contact Marjan Moosavi at midetheatre@gmail.com.