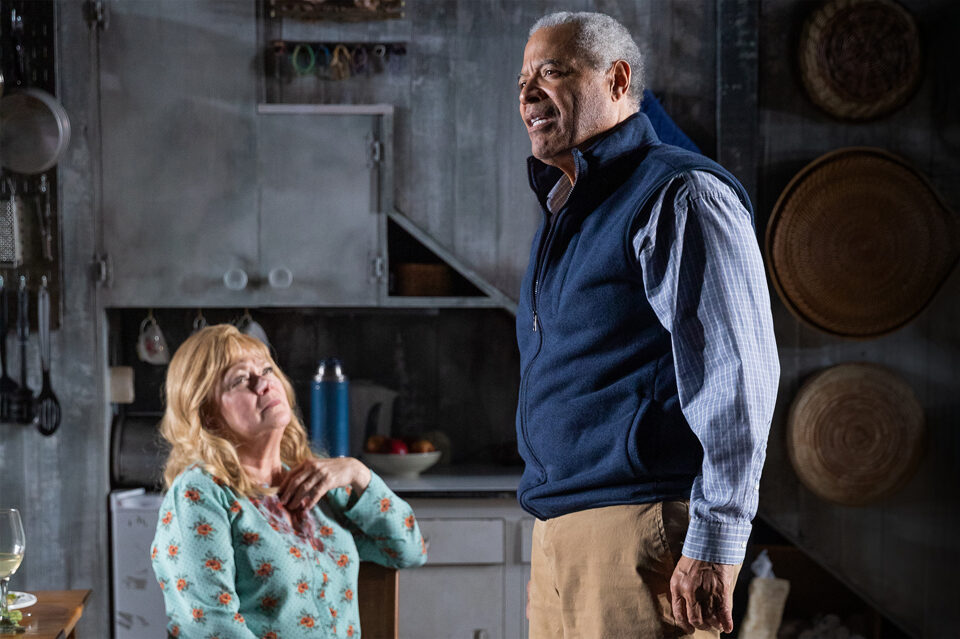 Lucy Kirkwood’s drama, now appearing at Boston’s SpeakEasy Stage, deals with climate change. Its three characters, now elderly, were formerly nuclear scientists. Shortly before the play begins an earthquake followed by a tsunami, reminiscent of the 2011 events in Japan, destroyed a nuclear power plant forcing two of them, Robin (Tyrees Allen) and Hazel (Paula Plum), a married couple to leave their large home for a small cottage just outside the exclusion zone. They are coping with the circumstances as best they can. Robin goes out every day supposedly to feed the cows they keep, but in reality, he buries them since they were killed by radiation.

The play begins with the unexpected arrival of Rose (Karen MacDonald) whom Hazel and supposedly Robin have not seen for over thirty years. Rose’s first words are “How are the children? She has a bloody nose as a result of Hazel shutting the door when she didn’t recognize her old friend. As Hazel tries to make amends, Rose questions her about her family and appears to discover Hazel has three children and is the grandmother of four. Her daughter Rachel is a lesbian who has two children and her two sons have one child apiece.  Rachel is still dependent on her mother.

Hazel, as well as the audience, learns that Rose left England years ago and spent years in the U.S. She has never married and is suffering from breast cancer. What both Hazel and the audience discover is that Rose had a love affair with Robin.

Rose later claims that the reason she returned was to convince Robin and Hazel to join her and other older physicists to clean up the site, thus sparing the younger ones. Although such generosity seems out of character, the fact that she has breast cancer and in all probability would not live long makes the decision more believable. Hazel refuses to join Rose since her life is precious to her. She spends her days doing yoga exercises, using sunscreen indoors, and eating whenever she can. For the most part, she serves canned goods bought before the disaster. Robin,  who has radiation sickness, although he never mentions it, seems willing to join Rose and thus help the next generation.

Robin resumes his affair with Rose to Hazel’s dismay, but she eventually accepts it and joins the party. The play ends as life does.

The acting is strong. Having acted in the same productions multiple times, Karen MacDonald and Paula Plum play well together.  Tyrees Allen who was excellent as Pops in SpeakEasy’s “From Riverside to Crazy” is equally convincing as Robin.

Bryn Boice’s direction is exemplary. I was particularly impressed with her ability to find the humor that underlies the characters’ fear.

Cristina Todesco who has been the scenic designer for SpeakEasy multiple times created an effective set that reveals the cramped atmosphere of a tiny summer beach cottage.

Although I liked the play very much, I found its running time of one hour and forty-five minutes without an intermission made it a little tedious at times.

This article appeared in http://capitalcriticscircle.com/ on March 6, 2020. 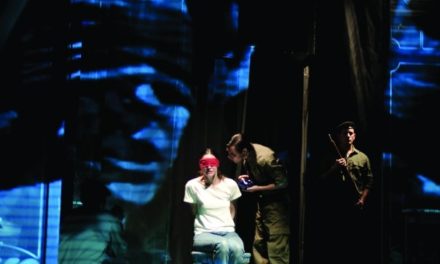