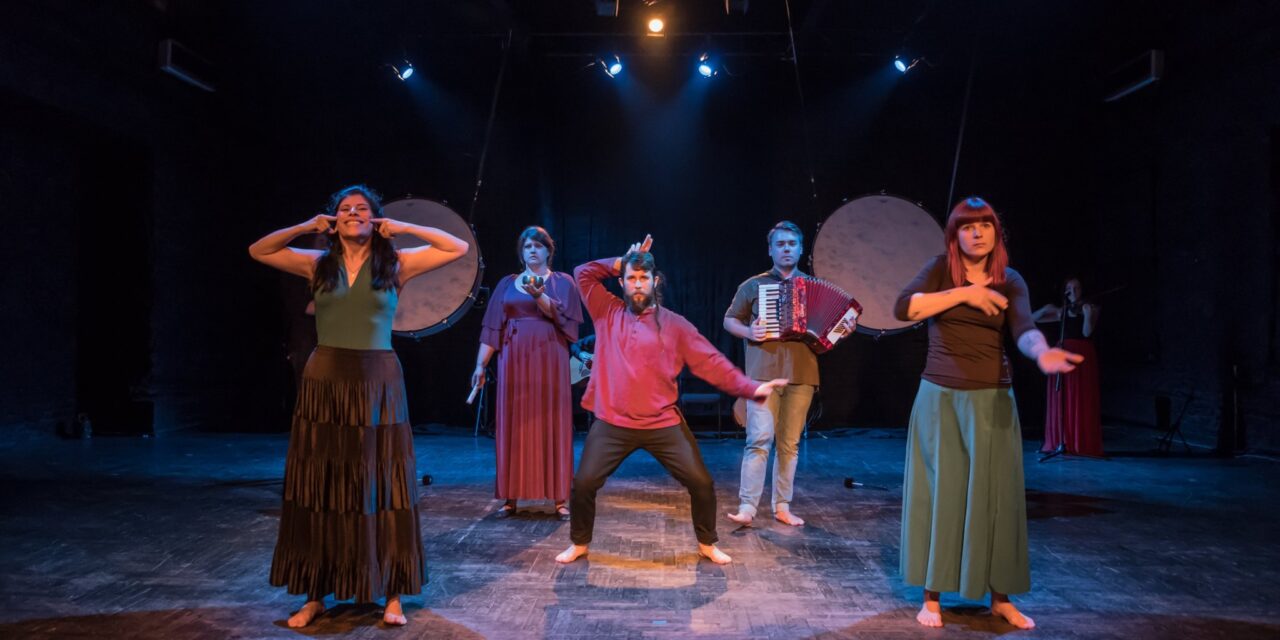 In the main Sala of the Vorpommen Theater in Greifswald, northern Germany, a row of bare-footed actors in simple clothing introduce themselves, one by one, to the audience. Their reserved postures and muted tones display a focused reverence. They look the individual audience members deep in the eyes as if to communicate gratefulness for their presence. It feels like a spiritual ceremony is about to begin.

The opening monologue, emotionally delivered by American actress Jenny Crissey, lets us in on the secret of the piece’s title. As two acoustic guitars thrum the threatening melody of Patti Smith’s “Gung Ho” from the shadows upstage, she tells the story of how, in the late 19th century, dozens of Native American tribes performed a dance intended to unite the spirits of the living and the dead, to bring peace and prosperity and an end to colonialist oppression. That was, she screams, until the massacre of Wounded Knee in 1890, where hundreds were “wiped out” in one fell swoop.

And thus, the tone is set for the subsequent 70-minute patchwork of carefully selected songs, poems, choruses, and monologues. Ghost Dance exhibits each generation of the twentieth century’s struggle to come to grips with war and for most of the production, the energy level is dialed up to 90 as the performers embody the defiant spirit of the artists who originally composed the selected pieces.

Pain and anger and defiance; the words “revolution,” “blood,” “holy” reverberate around the stage, which is empty, save for two huge shamanic drums suspended from the ceiling, reminiscent of the sun and the moon. The rest is darkness. But the space is filled with the ceaseless flow of performance: all of the actors are constantly in motion, whether playing an instrument or singing in the shadows, screaming or dancing center stage.

There is no star of this show, one feels instead as though everyone is an equal and indispensable part of the whole. At one point or another each of the cast members, who introduce themselves so timidly before the show, descends into madness – either frothing with effervescent rage or playing a delirious, mad fool.

“You struggle, you fight, you lose.” This is how director Daniel Jacewicz sums up the piece for which the creative process began 12 years ago, on a visit to Starving Rock in Illinois. It was here – another site of colonialist mass murder – where he first felt the impulse of “a beautiful, dying culture” about whom he wanted to tell a story.

In the subsequent years he encountered further inspiration on the topic of protest from Leonhard Cohen’s “Beautiful Losers”, Patti Smith and the Beat Poets of the 1970s and he knew that there was a place in his future work for these voices.

That moment came several years later, when his company, Teatr Brama, based in Goleniów, Poland, began a two-year process of “collective sharing” in which members of the theatre would exchange songs, words and ideas to devise a new performance. At that time there were young Ukrainian and Venezuelan actors working in the theatre and, as Daniel notes, “we somehow kept coming back to the topic of war”. As these young people shared their feelings on the ongoing wars in their homelands, it became clear to Daniel that this was the time to bring in the story of the Native Americans and with it, the voices of resistance from throughout the 20th century.

A vast amount of research went into the construction of this performance. One only has to watch the female cast members singing the 1914 anti-war song “I didn’t raise up my boy to be a soldier” in English, Spanish, Arabic, and Hebrew while the men combine a Greek warrior dance and the Haka, to realize how much background depth there is to this piece.

This labor of love is in Daniel’s words, intended to “make us feel shame and to feel for the weaker people. It is not important that the audience understands everything, but that they feel it.”

And feel it, we certainly do.

By watching Ghost Dance, one not only feels the powerful empathy for the downtrodden which its Director intends but also the beating heart of Teatr Brama itself. This is a not a slick, West End production, but a raw, human experience, forged from limited material resources but from an abundance of emotional experience. This is a crucial piece of theatre for these times of bi-polarisation and alienation, created and performed by a company with humanity at its core. 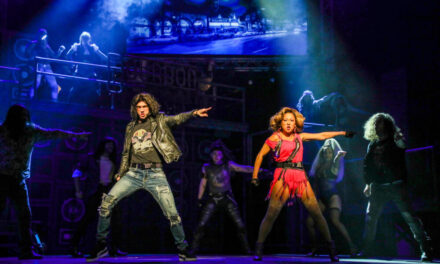 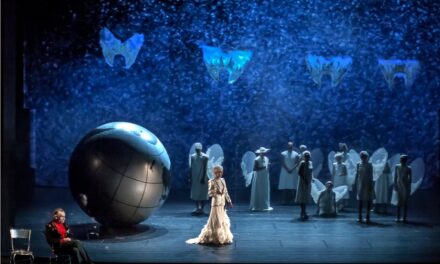