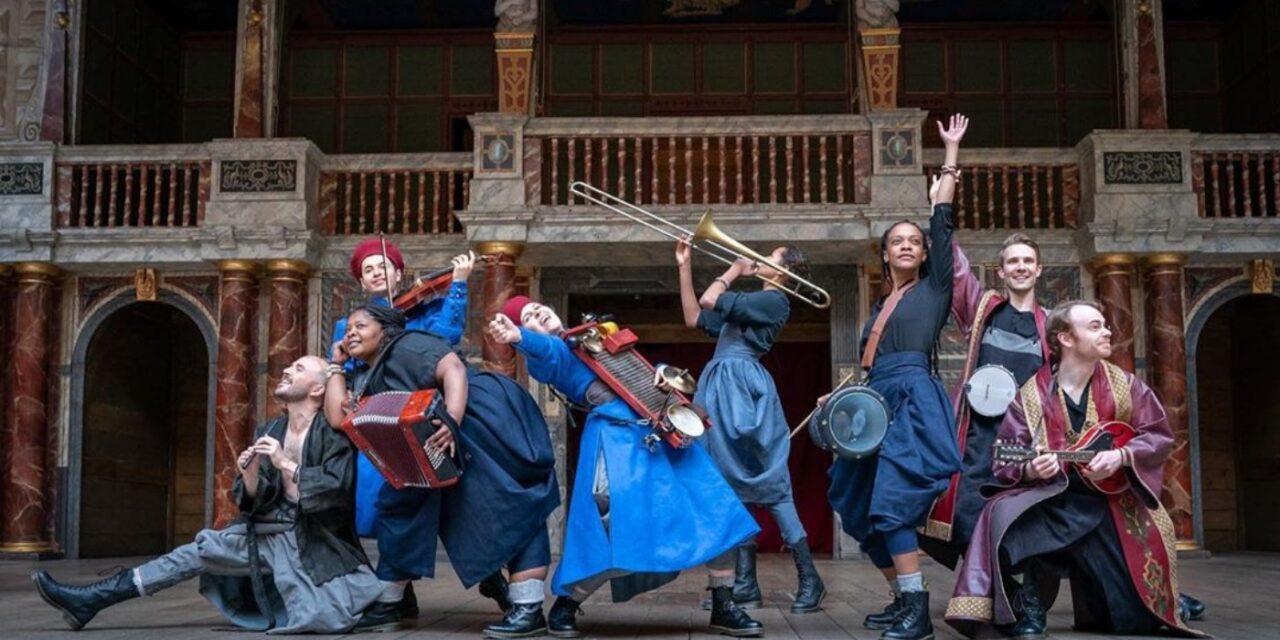 One of the world’s most established Shakespearean theatre groups from London puts on The Comedy of Errors, Pericles and Twelfth Night: three stories of displacement, scattered families and what it means to be at home.

“At a time in which so many people, communities and whole countries are wrestling with their sense of belonging, there couldn’t be a better time to journey out with this particular trio of plays.”  – Director Brendan O’Hea

Set in the Greek city of Ephesus, The Comedy of Errors, Shakespeare’s shortest and most farcical comedy, follows two sets of identical twins who were accidentally separated at birth. Antipholus of Syracuse and his servant, Dromio of Syracuse, arrive in Ephesus, which turns out to be the home of their twin brothers, Antipholus of Ephesus and his servant, Dromio of Ephesus. When the Syracusans encounter the friends and families of their twins, a series of wild mishaps rooted from mistaken identities pave way for wrongful beatings, a near-seduction, the arrest of Antipholus of Ephesus, and false accusations of infidelity, theft, madness, and demonic possession.

Pericles, Prince of Tyre, a Jacobean play written in part by Shakespeare, begins with Antiochus, king of Antioch, offering the hand of his beautiful daughter to any man who answers his riddle. Pericles hears the riddle, and instantly understands its meaning: Antiochus is engaged in an incestuous relationship with his daughter. If he reveals this truth, he will be killed, but if he answers incorrectly, he will also be killed. Pericles hints that he knows the answer, and asks for more time to think. Antiochus grants him forty days, and then sends an assassin after him. However, Pericles flees the city, but that is just the start of a series of challenges for the prince, who faces shipwrecks, tournaments, deceptions, separation from his family, and conspiracy. Will the noble Pericles have what it takes to bring himself to a happy ending?

As one of the most representative Shakespearean troupes, the Touring Ensemble transports the spirit of the Globe around the world with simple, clear storytelling which brings Shakespeare to all. A highlight of the performance is the “Audience Choice” session, where the audience can vote for any of the three plays on offer they want to see. The rules are simple: the loudest cheer wins, and the action starts straight away! Like the Elizabethan touring players before our times, the performing group leaves the choice of play to the most powerful person in the room: the audience.

Please note that the running time is approximately 2 hours 15 minutes with one interval. The show is performed in English.

This article originally appeared in Zolima CityMag and has been reposted with permission. Read the original article.