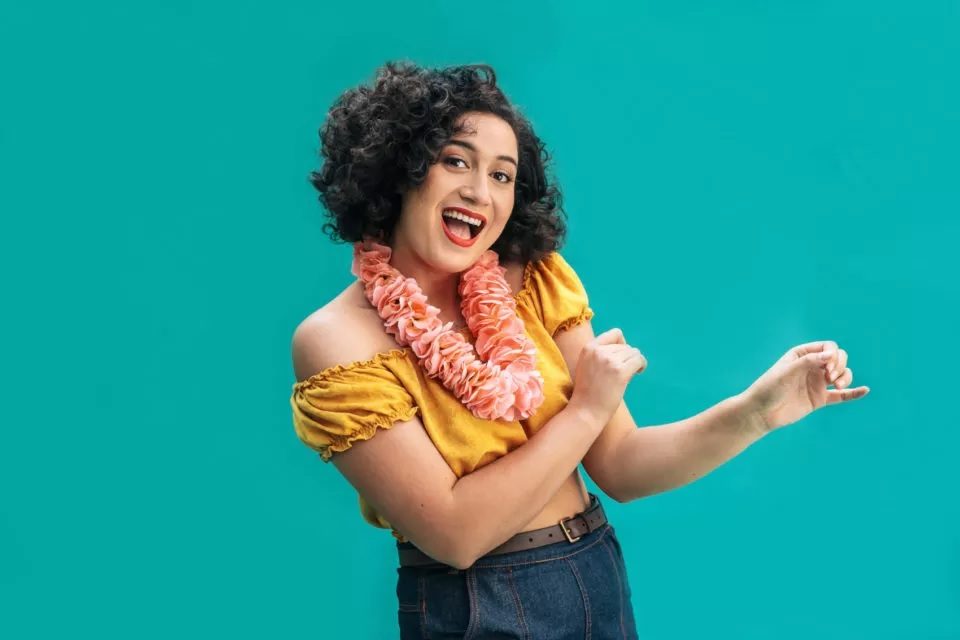 Before her show begins, Rose Matafeo is on stage, bounding around in trainers and a tennis skirt, and challenging audience members to a ping-pong match. She doesn’t let her energy levels drop once in the hour that follows.

This is, in her words, “a fun show about the things I love most,” but that simple premise doesn’t do justice to this invigoratingly enjoyable performance in which every moment has been precisely calculated for laughs. It’s a joy to watch.

There’s no message here, she tells us, no lesson to be learned. Rather it’s a portrait of 26-year-old Rose Matafeo, from New Zealand, a sensitive Pisces with wild hair and a love of pop culture.

It’s a charming diary of teenage angst, which morphs into twentysomething angst via period-tracking apps, aspirational notebooks (the sort that say things like “My Other Unicorn is a Feminist,” she eye-rolls) and micro-aggressions without ever once becoming angsty or angry. Her own #metoo moment in the comedy industry is covered with the deftest of touches.

The pain of a recent break-up is acted out as if in a fantasy, by a melodramatic diva of the silver screen. If the show has any message, it’s that serious subjects still need a seriously good punchline, and she delivers one every time. This is big, open-hearted stand-up.

“Is this relatable?” she worries towards the end. Yes, hilariously so. And Rose Matafeo is going to be huge.

This article first appeared in Inews on August 6, 2018, and has been reposted with permission.