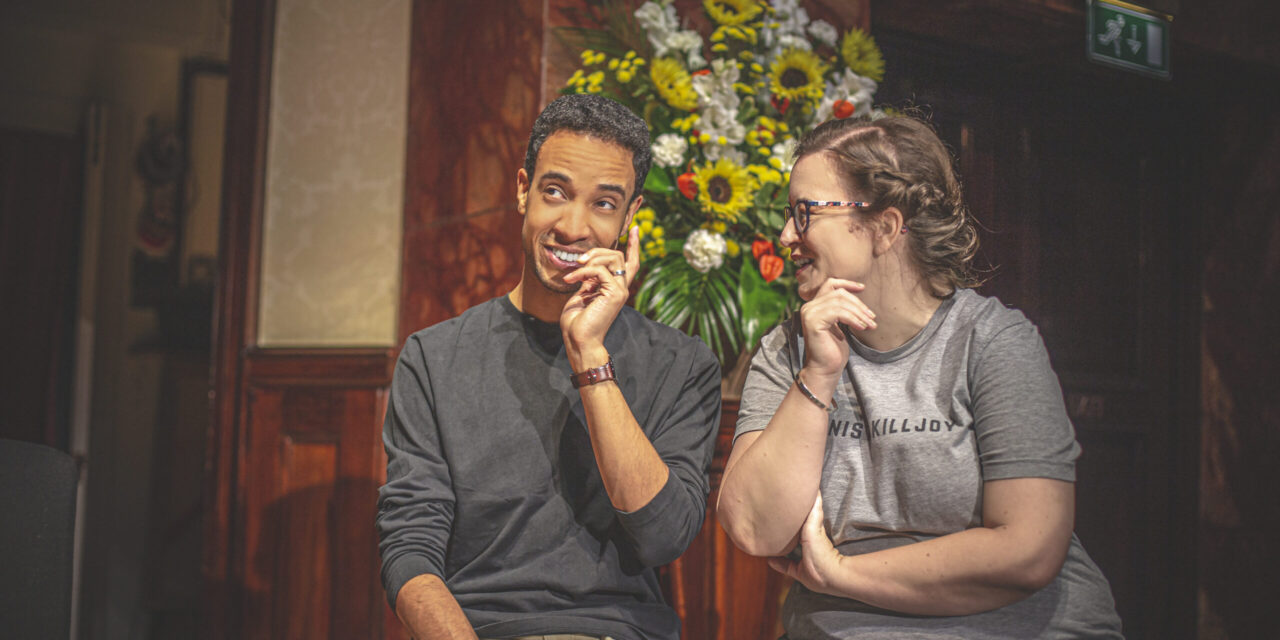 Sean Mayes and Sarah K. Whitfield’s new book, An Inconvenient Black History of British Musical Theatre (1900-1950) (Bloomsbury Academic/Methuen Drama, 2021), updates the narrative about British performance, revealing how Black artists have been central to theatre in the UK throughout the twentieth century even if their stories have been excluded from the historical record. Mayes and Whitfield’s research makes use of digitized newspapers, theatrical periodicals, and international travel records. While comprehensive in many ways, the authors clearly state that there remains much work to be done. As with any scholarly conversation, An Inconvenient Black History is just one piece of the puzzle.

An Inconvenient Black History complicates the notion of what entails British performance. The book’s analysis includes British artists in the UK, British artists in diaspora, and Black artists who migrated to the UK. In this way, An Inconvenient Black History illustrates British musical theatre history as one of global musical theatre history. The book forces readers to reconsider the very notion of British theatre itself. Moreover, Mayes and Whitfield’s work moves beyond traditional notions of musical theatre. The book’s analysis takes a global view of Black performance. The book doesn’t focus on script analysis since much of this work has been lost. Rather, the book focuses on Black resistant practices such as the formation of Black community spaces and other Black safe spaces where performance took place.

As Mayes and Whitfield frequently point out, there is a common misconception that Black performance in the UK began in June 1948 with HMT Empire Windrush. To adhere to this narrative is to assume that Black performance in the UK didn’t begin until mass migration from the Caribbean after 1948. Through case studies of Will Marion Cook, Laura Steer, Cassie Walmer, William Garland, Florence Mills, Amy Ashwood Garvey, and Berto Pasuka, for example, Mayes and Whitfield demonstrate the significant cultural work being performed throughout the first half of the twentieth-century. And, of course, An Inconvenient Black History is just one part of this history. The book opens up many possibilities for future scholars, graduate students, and theatre buffs to engage in recovery work that paints a more accurate portrait of UK theatre and forces us to reconsider the role of white supremacy that has plagued theatre at large. An Inconvenient Black History begins with a call to action. Mayes and Whitfield each pen equally riveting prefaces that serve as a call to action. Writing from New York in June 2020 in the midst of the Black Lives Matter protests, Mayes confronts how the theatre industry at large underwent (and continues to undergo) a critical—and oftentimes ugly—self-examination of how the industry has been complicit in and an active agent of white supremacy. The answer, as always, is education and awareness. In order to make systemic change a reality, we must learn about the past and make visible what has been rendered invisible. This is to say, Black musical theatre and performance today don’t emerge from a vacuum. Rather, there is a rich legacy and body of work that practitioners, producers, scholars, and audiences today can draw from. But, due to the systemic racism that pervades every aspect of our day-to-day lives, this vibrant musical theatre history has been excluded from the narrative so intensely as to lead casual onlookers to believe it never existed in the first place. As Mayes and Whitfield emphatically demonstrate, these opinions could not be further from the truth.

With Mayes making the stakes abundantly clear, Whitfield’s preface then calls upon theatremakers to adhere to their statements of support for Black lives as became commonplace during the height of the 2020 Black Lives Matter Movement. Part of this project involves calling out the largely white histories of musical theatre. These histories offer a distorted view of reality, one that obfuscates Blackness. These scholarly accounts whitewash musical theatre history and, as an extension, history itself. That is, intentional or not, white scholars have inevitably replicated systems of white supremacy. Part of this recovery effort involves sitting in our (re: white people) discomfort. Our comfort has historically been centered. Part of the inconvenience signaled in the book’s title is stepping aside and doing the work to update our notions of what twentieth century performance has looked like. We must re-vision what we assumed was “right” and realize that we may have been wrong (despite years of research).

Mayes and Whitfield’s book offers a roadmap, a corrective to reframing musical theatre histories in a way that might make us feel like we aren’t experts. I, for one, wasn’t aware of these histories. They were new to me. I didn’t have the knowledge base I typically have when reading and engaging with musical theatre history. But this is precisely the beauty of the book—it offers a learning tool.