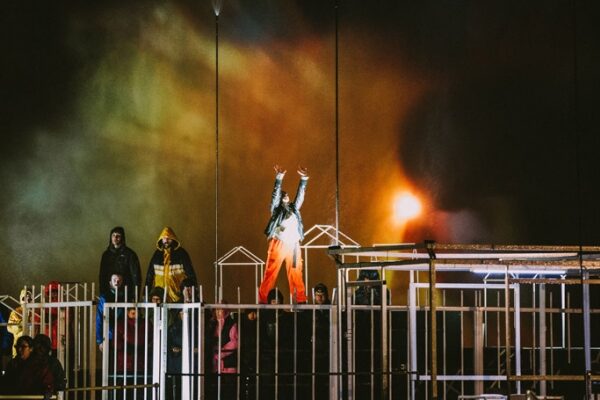 You can read this article in French here.

This series of articles, commissioned together with HowlRound in the framework of IETM Hull, explores the reality of inclusion in today’s societies, in artistic representation and in the process of creation. The series features various stances on the topic and is meant to nourish the ongoing debate on the contentious issues of inclusion, diversity, participation, and cultural democracy.

“Not for me, not for you, but for us.” You will find that motto etched into the ceiling of Battersea Arts Centre in South West London. Perched on Lavender Hill, Battersea sits in the heart of Wandsworth and was once the area’s local town hall, at the very hub of civic society. Theatre is still staged in the old Victorian debating chamber where nineteenth-century politicians deliberated the issues of the day, and for over a century the building has been part of local people’s lives.

The beautiful Grand Hall, razed by fire in 2015, has now risen phoenix-like from the ashes. It is intimately associated with the lives of local people: weddings and wakes are regularly held in the building, many people have taken public exams or attended collectors’ fairs or tea dances there, and people come from all over London to see the theatre commissioned and developed for the space.

For many years Battersea Arts Centre—which became an arts center in the early 1980s—saw its mission as “inventing the future of theatre.” It has been hugely successful in that endeavor, playing a crucial role in the careers of many British theatremakers with international reach, from companies such as Punchdrunk to 1927. Much of the work has been developed through an innovative “scratch” process in which artists develop work in multiple stages with public showings, inviting audience feedback. 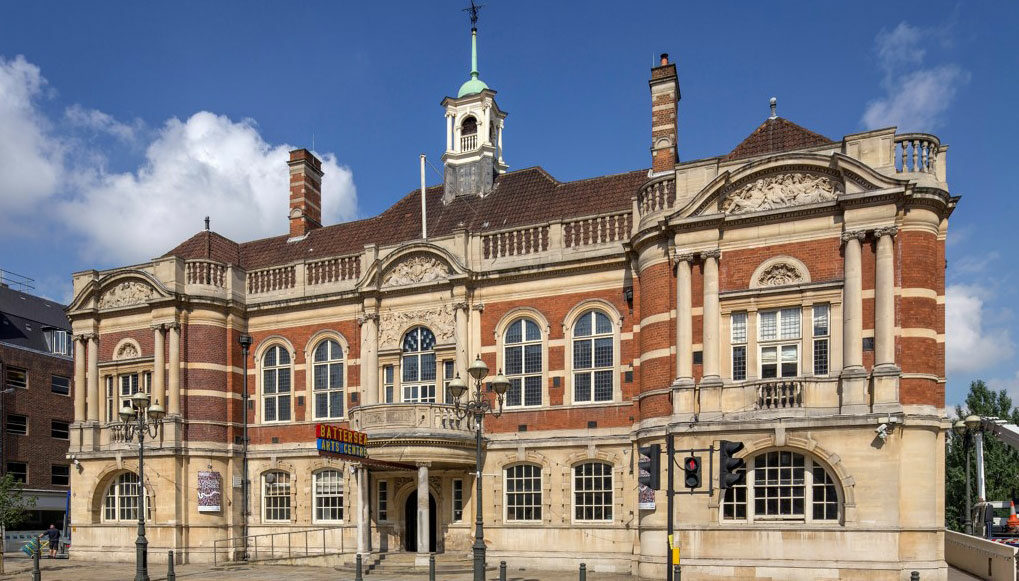 The theatre still commissions and supports artists who make some of the UK’s most radical theatre, but in recent years it has rethought its mission. It no longer focuses on creating the “future of theatre”—a laudable purpose, but not one of much interest to the many who doubt theatre is for them. Instead, it concentrates on inspiring and supporting people to take creative risks to shape their own and their communities’ future, whether those people define themselves as artists or not.

The Scratch Hub, situated in the basement below the town hall, is home to more than a hundred start-up enterprises and new creative organizations based on a membership model. It’s curated—so is not merely an office space for hire—and boasts a mix of companies working in the fields of film, fashion, music, and social enterprise. Many of them are created by young people from the widely diverse local social housing projects, where there are few opportunities.

The organization’s shift in purpose is manifest in something like the Scratch Hub, according to artistic director David Jubb, as it allows them to support the development of other people’s ideas and become a facilitator.

“We’ve always done that with artists, but it’s been a hop, skip and a jump to recognize that we can do that with the rest of our community, rather than trying to persuade our community that they should be interested in what we do and make what we do,” Jubb told me in an interview last year for the Stage. “This is the way we can support the development of their ideas and not impose ours.”

The changes made at Battersea Arts Centre reflect a growing willingness from British arts institutions, theatres, and theatre-makers to rethink and re-imagine their purpose in the twenty-first century. They are asking questions around who they serve, but also around who they do not yet serve and how they can address that.

The urgent need to do so is reflected by the fact that the 2015 Warwick Commission report found that the wealthiest, best educated, and least ethnically diverse 8 percent of the population are the most culturally active. The danger is that unless theatre embraces a wider civic role, it will simply come to be seen as increasingly out of touch and elitist. Not for me or for you but for us.

How can theatres and other arts organizations fulfill a civic role, engage with their communities, and find different ways to be fully embedded in their locale? How can they start behaving less like monasteries and more like town squares, a place to which everyone has access, and everyone is welcome? A town or village square is the social hub for a community, rooted in a particular place and also potentially a space of learning, debate, and opportunity.

To move in this direction, theatres need to get out of the arts silos: democratizing the way they work, the way their spaces are used, and the way they welcome people in and go out to meet them.

If Battersea Arts Centre offers one model of what a theatre can be, one that is actively and vividly doing something about the inequalities of opportunity that divide British society, then companies such as Good Chance, working with refugees in Calais and Paris, or Derby Theatre, which calls itself a learning theatre and has close ties with the local university, offer others.

Another example is Slung Low, a company situated in Holbeck, a deprived area of inner-city Leeds in Northern England, which puts learning at its heart. It has recently opened a pay-what-you-can cultural community college, where most of the subjects—everything from cooking vegetarian Indian food to blacksmithing—have been suggested by the local community. This challenges the notion of cultural engagement, which often has a very narrow definition.

Like at Battersea Arts Centre, this new initiative doesn’t mean that Slung Low will no longer make theatre—it will continue to produce the large-scale participatory shows for which it is justly famed—but artistic director Alan Lane has described the decision to open the college on the grounds that “it is the most useful thing we could do.” It does something immediately for the local community, something that is rooted in local need and that helps build social capital. It rethinks the mission of a theatre company from one that only produces plays to a far broader one that offers skills and enrichment for all who want it. After all, however good your revival of Blithe Spirit is, it is unlikely it will really change anybody’s life, but the cultural community college just might.

Being useful is something that arts organizations have too often ignored—or they have only considered how they are useful to themselves and to the people who buy their tickets. Increasingly on their agenda, though, is to think about how they might be more broadly useful and create the conditions for the fullest possible cultural participation. There is a growing understanding that in an increasingly tighter funding climate—a world where traditional representative democracy is under siege, populism is on the rise, and people feel they lack a voice—theatre companies can and must do more than create theatre.

Other companies focus on the potential of art to transform people’s everyday lives, their sense of self, and the places they live. Gavin Stride, the director of Farnham Maltings, a small but influential arts center in Surrey that supports many significant indie theatre companies, doesn’t describe himself as an artist but as someone who helps people in the local community to “live longer and be happier.” Stride and his team go to where they see most need and work closely with the local health and social services, not trying to replace them but to add value to them.

Heart of Glass, on its part, focuses on collaborative and social arts practices. Based in St. Helens, a post-industrial town that was formerly a significant mining and glass-making center, Heart of Glass has no performance spaces. Rather, it perceives the entire town as its playground: every wall is a canvas and every place a potential stage.

In a town that scores badly on almost all indexes of deprivation and social wellbeing, Heart of Glass recognizes that its greatest resource is its collaborators: the people of St. Helens. It sees them all—from city council to the schools, the police to everyday citizens—as co-creators and co-authors in everything they do, whether it is the design and building of a new skate park or a town-wide promenade production of Torch, created with the input of many local women. The company works on the principle “if we build it, they may come, but if they build it, they will stay.” While Heart of Glass is accountable to the arts council and local stakeholders, it is most of all accountable to its immediate community. Ultimately, they are the ones who will decide in the longer term whether they want the organization to continue.

This kind of accountability, which is too often lacking in much of the work of arts organizations, sets places like Heart of Glass and Battersea Arts Centre apart. It requires inspiring leadership who see theatre and the arts as drivers of social change, who listen really hard and respond to local need, who lack ego and aren’t working from a place of self-interest, and who, ultimately, recognize that what is good for the local community is also likely also good for their theatre.

By understanding its civic duty and taking it to heart, Battersea Arts Centre had built up social capital within the community and had effectively proven its worth. By seeing itself as a community resource—not just a place for its artists—it had effectively future-proofed itself against catastrophe. People fought for it because they loved it.

Perhaps there is a lesson in there for all arts organizations: if and when you face disaster, who will love you enough to fight for you? Battersea, Slung Low, Heart of Glass, and others are all operating not from a place of self-interest but from a belief that their resources—whether space, expertize, or funding—should be shared with the communities they serve. They see their futures intricately bound with the creativity, resilience, and success of those communities. They recognize that just as cultural engagement can take many forms, the way cultural organizations engage with local people can be manifested in different ways. They lead; who will follow?

This article was originally published on HowlRound on the 17th of February 2019. Read the original article.

This article also appeared on IETM on February 18, 2019, and has been reposted with permission.

Edinburgh Fringe 2019: After the Fact 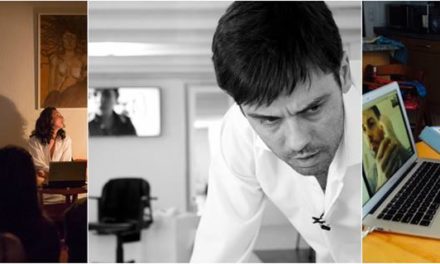