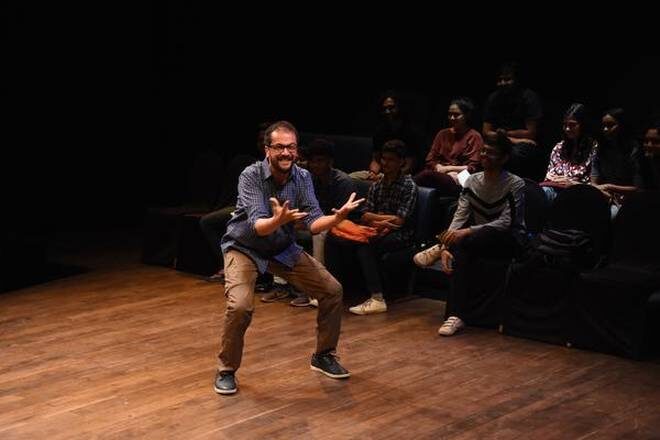 Every Brilliant Thing is an interactive performance that initiates conversations around hope and coping together while dealing with the topic of mental health.

A seven-year-old tries to make his mother happy by curating a list of things that remind her of the joy they share together. Duncan Macmillan’s Every Brilliant Thing can be synopsized into this single sentence: of finding happiness in everyday objects and the unlikeliest of memories. Its Indian adaptation by director Quasar Thakore Padamsee is no different. Having performed in The Hindu Theatre Fest 2019 among many other stages, the play opened last year. It has been hailed as one of the most intimate theatre experiences, which deals with an important subject: mental health.

Every Brilliant Thing needs to be talked about, perhaps now more than ever. With conversations around mental health soaring heights, thanks to pandemic-induced stressors, each one of us could use a reminder like this: chase happiness. Which is why, despite its interactive format, the play performed by Vivek Madan takes to the online medium this weekend, in the form of live storytelling performance. Produced by QTP, the performance is being brought online as part of Paytm Insider’s recently-announced theatre initiative, Front & Centre, in a bid to re-imagine theatre in a digital format.

The physical play involves audience interaction at every step of the way. The narration builds from the stories spectators share. And, Quasar honestly did not think an online format would work, considering how intimate the performance is. “There’s a huge difference in how we have approached the play now: it’s storytelling. It took us almost two-and-a-half months to come up with a version that could work online,” he says adding, “When you come to the theatre, I, as a director, have a certain sense of control over the audience’s experience. I can set the lights a certain way and so on. But in the online space, it’s so much more reliant on the performer, Vivek.” However, the online medium and the anonymity it provides, has encouraged people to freely share, steering the conversation in the right direction. Interestingly, the show also culminates with a discussion on mental health with a professional.

“Vivek is at home and has invited everyone there for a conversation and thanks to them for letting him into their homes as well. And, tells a story. That’s a complete change in perspective,” continues Quasar. One of the factors that make the show stand out is its raw quality. The audience will see the performer moving around the house as he pleases during the narration, making it seem much more grounded, informal, and real. A safe space is thus created. “It is never polished,” adds Quasar. The reactions are almost always “visceral and immediate,” which according to Quasar, makes the experience of working with such a text, humbling.

In terms of performance, a bit of recalibration was required, says Vivek. He had a lot of factors to be wary of in the online space. “The whole point of performative forms is that you are creating an illusion. The moment it breaks, it becomes pointless. Here, you are close to the camera, and sometimes it’s not necessary to give as much but you still have to give the same mood. The dishonesty of the moment then strikes the audience.” But, ultimately, that text has no artifice, which is one of the main aspects of the play, that attracted Vivek. “I am taking people with me, rather than talking to at them or expecting them to follow me,” says the performer.

In the pre-show chat, however, the onus is on creating a safe space and making the audience know that it is a story of hope, and coping together.

This article originally appeared in TheHindu.com on July 23rd, 2020, and has been reposted with permission. For the original article, click here 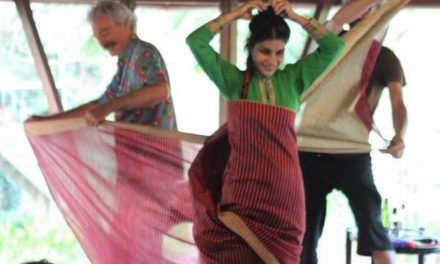 Alive And Restless In Savita Rani’s “Restlessness In Pieces” 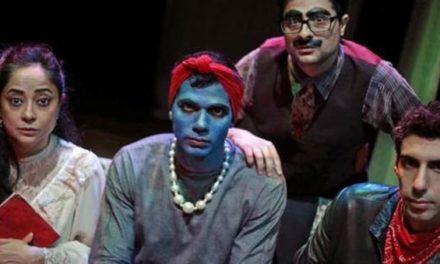