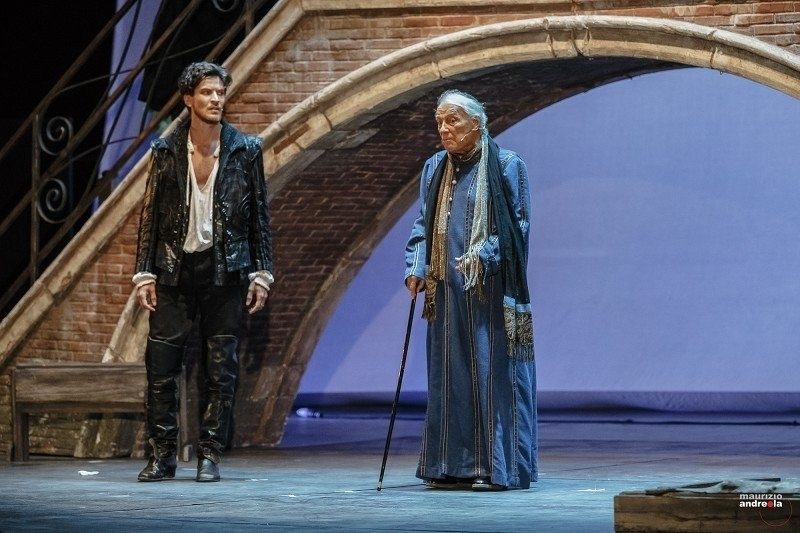 Each theatre has its own history, made by performances and audiences. It reveals the work of the artists and organizers and the vital emotions of the people involved. Each theatre also transmits to new generations a particular cultural heritage – opening new horizons of knowledge and creating new synergies in a cross-cultural dialogue.

On 2 July the summer festival Tener-a-mente, featuring music, theatre, and dance, officially opened at the Vittoriale, the beautiful residence of the poet Gabriele D’Annunzio (1863–1938), in Gardone Riviera. It takes place in an open-air theatre, the so-called Parlaggio, one of the most fascinating locations for summer festivals in Italy.

In accordance with D’Annunzio’s wishes, Parlaggio was built in a wonderful and strategically panoramic position: in the gardens of the Vittoriale, facing the shores of Garda Lake. Thus it is a special place, where the feelings of the community (artists and audience) are more intense: based on the aesthetics of classical theatre, Parlaggio is an instrument for living and sharing emotions for the spiritual growth of the community. Moreover, in its configuration as an open-air theatre, with its breathtaking view of one of Italy’s most beautiful lakes, Parlaggio invites us to love and respect nature.

In 1920s and 1930s Italy there arose a cultural debate on the value of open-air theatres: their performances were considered to be among the most advanced forms of avant-garde theatre of that period. There was the artistic and social necessity of using the cultural patrimony represented by the classical Italian theatres (e.g., Roman Theatre in Fiesole) and the open theatres in the residences of the nobility (e.g., Castello Regina Cornaro in Asolo), but also the natural surroundings (e.g., Pineta Dannunziana in Pescara). D’Annunzio’s plays were staged frequently because he was known worldwide, thanks to their numerous translations and the tours of the famous actress Eleonora Duse (1858–1924).

Parlaggio was designed by the architect Giancarlo Maroni (1893–1952), following the classical model: in 1931 he made an accurate inspection of Pompeii with the sculptor Renato Brozzi (1885–1963); the aim was to create an Italian performance space equal to Bayreuth. For D’Annunzio, Parlaggio would be the culmination of his juvenile dream of a theatre en plein air, shared with Duse. He saw the start of the building, in 1934, but died in March 1938, before it was completed.

After many problems related to the building’s cost, the 1,470-seat Parlaggio officially opened on 8 August 1953, with a concert by La Scala Orchestra (conductor Carlo Maria Giulini). Since 1953, it has been regularly used in the summer season, hosting many international artists; the huge repertoire involves the most important playwrights of classical, modern and contemporary theatre.

In the 1950s Parlaggio’s official opening and activity was accompanied by another cultural debate on the value of open-air theatres and the performances made there: this occasion considered technological progress and questions about acoustics, in order to optimize the building of new open-air theatres in Italy. In April 1970 the conference Nuove tendenze del teatro ‘all’aperto’ (New trends of the ‘open air’ theatre) was held in Gardone Riviera and organized by the Vittoriale, in collaboration with the Italian monthly theatre review Sipario.

In all these years, Parlaggio’s international dimension has been testified to by the presence of companies from the United States, France, Spain, Cuba, Ceylon, Poland, Croatia, Romania, Rwanda, Russian Federation, Brazil, and Sweden.

“Love Is a Temple,” by Mario Biondi, from the album Beyond, released in spring 2015. Director Gaetano Morbioli.

Another chapter in Parlaggio’s artistic life began in 2010, with the  festival Tener-a-mente. Since participating in the festival’s 2013 and 2015 editions, the Italian singers Mario Biondi and Enrico Ruggeri have chosen this location for their video clips, demonstrating its clever use as a performance space.

“Il volo su Vienna,” by Enrico Ruggeri, from the album Un viaggio incredibile, released in spring 2016. Director Stefania Alati. It is an homage to one of D’Annunzio’s most famous heroic gestures during the First World War: the flight over Vienna (9 August 1918).

Today, many summer festivals are held in open-air theatres: an adequate historiographical reflection helps us to understand the cultural value of these performance spaces, embracing their past and defining their future. 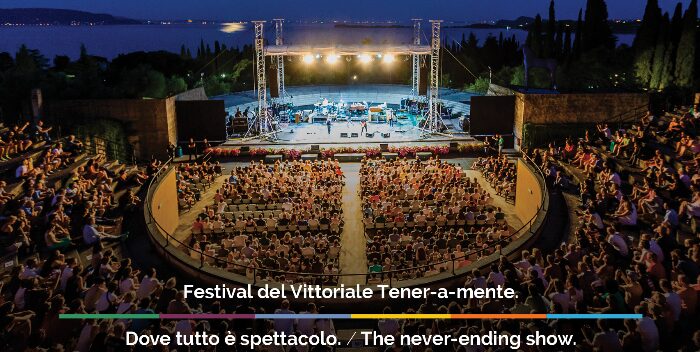 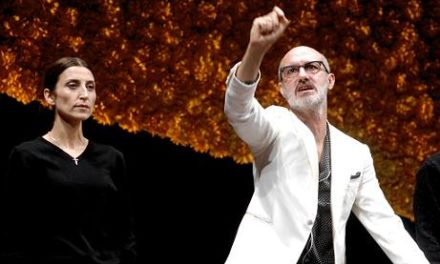