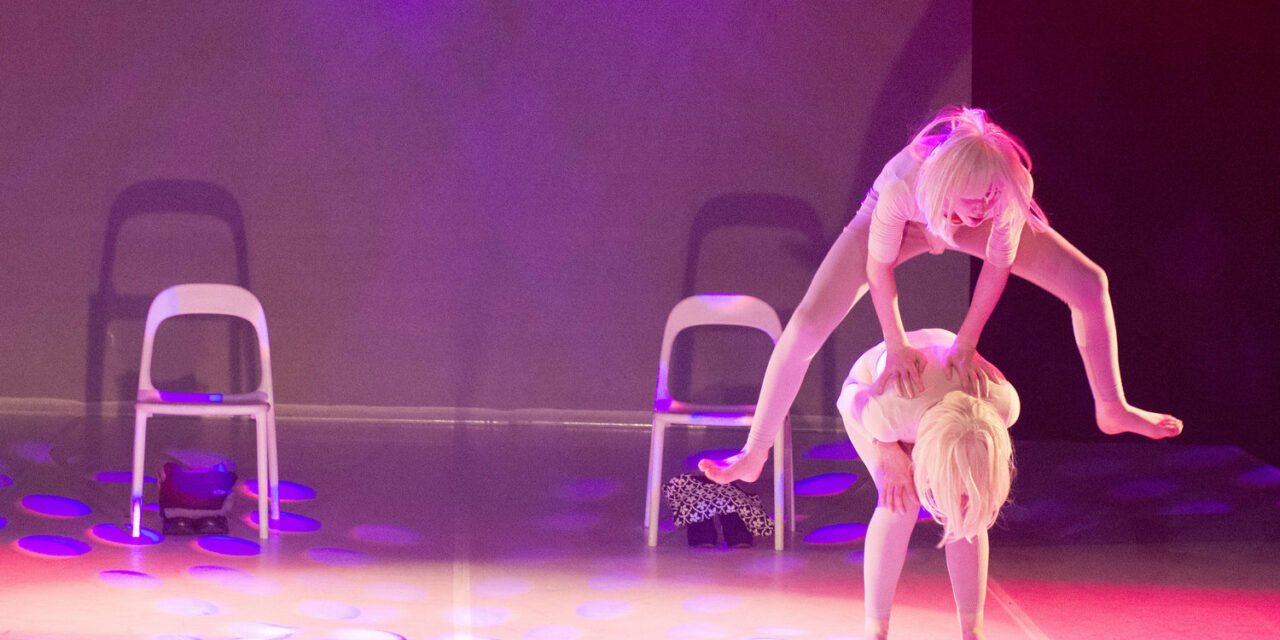 The second day of the festival brings radiant, early-morning sunshine onto the Kleines Haus. Many are gathering to listen to a series of lectures given by many artists and scholars on the subject of Citizen Participation in Arts & Culture; the second day’s installment of events for the annual “Our Stage: European Bürgerbühne Festival” in Dresden.

First off, Prof. Birgit Eriksson (Aarhus University) asks the question: why has the concept of participation become so important within the arts and culture as well as other fields? In her view, cultural institutions are declining in legitimacy and participation, and that there is a demand to turn users and audiences into active participants. By outlining the UN declaration (that everyone has the right to participate in arts and culture), then Eriksson has underlined that our enjoyment of culture should be open and free from judgment.

Audience development – which Eriksson describes as ‘a terrible concept’ – is the notion of training an audiences’ mind to percept a certain type of culture. But what it does develop is a critical, collective, collaborative and process-based way of being able to practice, view and study culture. Saturday’s performance of ‘The Fan Man’ (En Dynamei Theatre Ensemble) expresses the need for integration and acceptance of those with physically and mentally challenging capabilities through altering our mindsets. Then, there are other questions posed on the idea of participation: is getting together enough? Is theatre another event for the elites? Are hierarchies erased in the method of participation?

More importantly, Eriksson raises the question of why we should all go to the theatre. Can we alter our perceptions, and instead of panicking with how to draw in new audiences into its theatre spaces, can the theatre spaces go to them? Saturday’s performance of ‘Stadium’ (See. Article 1 in this series) is certainly an example of that, where the theatre has transformed into a football ground. Through this formula, we can redefine what the term ‘participation’ actually means.

The next three lectures are a series entitled ‘Our Way’, in which multiple artists and scholars from European countries outline certain specific cultural practices that are integral to their country, theatre and own personal work. This is a series that will continue throughout this week’s festival.

Ditte Maria Bjerg (Rector Malmø Theatre Academy) focuses on Denmark to begin with, bringing together three different performances: ‘Paradox Intertainment’, a performance that encompasses documentary theatre techniques; ‘Welcome to Denmark’ (2015), opening up theatre in debate form and in a non-theatre training space on the themes of migration and asylum; and lastly, ‘Fish & Foxy’, which brought together a range of real citizen groups. Ultimately, Bjerg’s work is about uncovering the question: how can we build up continuous community relations?

Next, Simon Sharkey relates his experience as co-founder of the National Theatre of Scotland, in which his company, ‘The Necessary Space’ – aims to tackle the themes that create urgency for our times and tackle them now. In his view, Augusto Boal’s ‘theatre of oppression’ should be reversed to a ‘theatre of opportunity’, as it is an opportunity that progresses change and encourages participation. As the theatre was banned in Scotland under the reformation for 300 years, then the first act of the independent Scottish parliament in 2004 was to establish its very own national theatre. The work could then encompass the participation of the Scottish public, but also their stories, in order to underline the notion that the fierce urgency of now is indeed, now.

Lastly, Sophie Mugnier presents the program of ‘Théâtre Brétigny’ under the thematic title of ‘Dedans/Dehors (Indoor/Outdoor)’. She begins by stating that theatre must represent the cultural rights of citizens; that the theatre is sparking some interest, but also distrust. The theatre is located 30km outside of Paris amongst the working class neighborhoods, and the location of the largest prison in Europe. Safe to say, it is an interesting space to make theatre. Sparking curiosity and interest in what is around us, in her view, is what makes effective audience participation, and that process is as important as the result. In her view, making theatre in this way is not only developing the ways of the process but also in how to view theatre.

Whilst the three lectures were insightful glimpses into the different modes of theatre on offer across Europe, they remained rather vague. However, perhaps that is sometimes the most effective way: that a small glimpse is enough to spark an enormous curiosity.

The third performance of the festival, although the first for today, is 21 Common’s production of ‘The Ballad of the Apathetic Son and his Narcissistic Mother’. Based in Scotland, the company are built up of the family creatives, including real-life mother-son duo Lucy Gaizely & Raedie Gaizely-Gardiner.

The performance is described as ‘bursting with energy (…) growing up is a notoriously troublesome business, but watching your own offspring struggle their way through adolescence into independence is equally as sticky.’ What at first seems like a humorous tale of the ups and downs of the mother-son relationship, it seems a desperate look at the want to reap control as life suddenly takes its inevitable course: when children fly the nest.

There is a sense of ‘claiming’ space in this piece, just as much as the mother and the son both try to ‘claim’ their relationship through the use and love of music and dance (particular the works of Australian pop singer Sia, a love which they both share). The minimalism of the piece, with its use of a projected video screen of the two performers faces, as well as two chairs, proves that the only necessary object in the space is the proximity of two bodies, and that the physical touching and caressing of each other creates more of a strong relationship between two family members than any other theatrical device would.

But seeing how it is a real mother and son at work here, does autobiographical work necessarily make the most honest work? In their post-show discussion, both Lucy and Raedie Gaizely state that the work has brought them closer together, although trying to initiate a rehearsal between a 13-year-old and his mother could somewhat prove difficult at times (Raedie Gaizely is now 17 years old as the production moves to its global tour). To them, it’s heartbreak and violence that is at the center of this piece. Ultimately, it is important to them that they strive for authenticity.

But then, here is another example of a theatre for the theatre elite. There isn’t necessarily the citizen present in this work, other than professional actors claiming the standard roles: mother and son. It is a question of what they have achieved in placing their real lives in space. To me, that is a difficult ball-game, in that a realization of the authenticity brings about a different mode of performativity, and the audience no longer harnesses the safety net of the ‘character-audience’ relationship.

Overall, what an audience does gain is a sense of how the shaky world of parenthood can change overnight. I don’t say this from the perspective of being a parent (which I am not), but certainly as a son. This is what brings a universal connection to the piece. Perhaps this is where the citizen participation is after all.

For more information on the ‘Our Stage’ festival, visit their page. 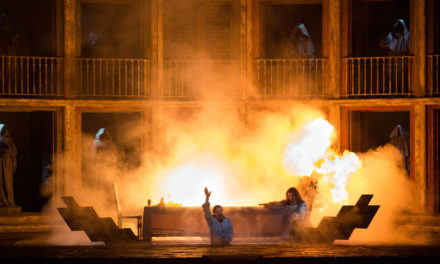