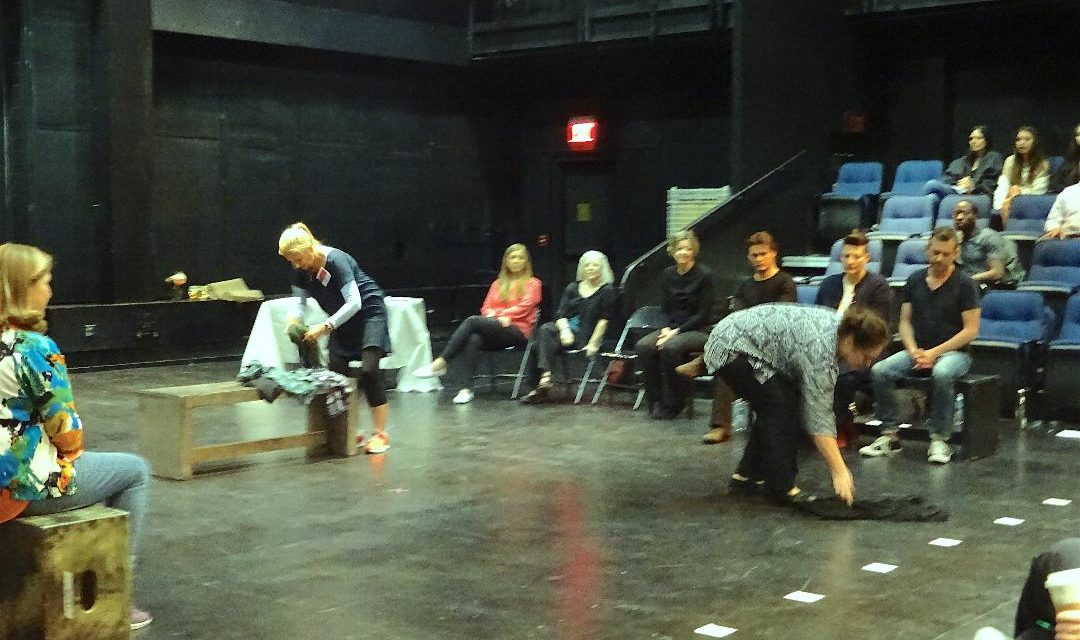 After a thirteen-hour flight from Auckland, New Zealand, I am in Jim Morrison country–or so I imagine. Venice Beach, California remains redolent with traces of Morrison and his band The Doors. Legend has it that a young Morrison slept on the roof of a friend’s Westminster Avenue apartment in the summer of 1965 (Lane, p. 6), writing the poetry that would become The Doors’ song lyrics, reading Artaud and Blake, and tripping on LSD. A huge mural of him adorns a wall on 18th and Speedway, just down the road from my little apartment. When I first log onto my building’s wifi, one network option I am offered is “Jim Morrison’s Grave.” Yet these replications and traces owe as such to simulation as they do to any truths about Morrison himself; they somehow serve to make Morrison as present for this New Zealander in Venice Beach in 2018 as he was in 1965, and, as Baudrillard might have it, leads to, “the liquidation of all referentials” where signs are “realer” than the “real” thing (p. 2)–a “copy without an original” (Morton, p. 35). Of course, this isn’t quite true either–the copy isn’t without an original (there was a real Jim Morrison and he really lived at Venice Beach) but somehow a symbol of Jim Morrison is realer than the historical figure on this sunny April day. 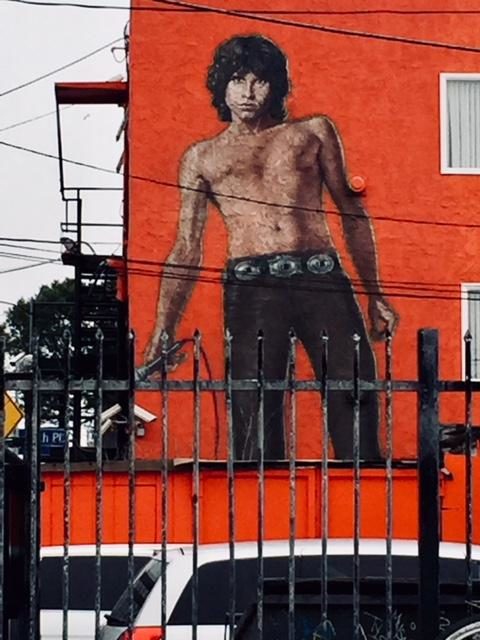 Perhaps it is a human inclination to inhabit a subjunctive world; certainly much art–arguably, especially theatre–is predicated upon just such an impulse. Indeed Stanislavsky’s famous “as if” conforms to a subjunctive conceptualization of the real, inviting the actor to ask themselves what they would do if they found themselves in the circumstances of their character. I am in California attending a theatre workshop exploring Stanislavsky’s Active Analysis with international Stanislavsky expert Sharon Marie Carnicke, so the subjunctive world of “as if” is paramount in my mind. Janet W. Astington reminds us that the grammatical subjunctive mood is one which is “associated not with bald facts, but with wishes and possibilities” (p. 159). Einstein used gedankenexperiments (thought experiments) to imagine how certain forces in the universe operate, leading to his revolutionary scientific theories (Shlain, p. 334). As I stroll through Venice Beach on this warm afternoon, the possibility of Morrison causes him to become profoundly present, until the illusion becomes almost palpable. For Astington “the creation of the dual landscape of the fictional world” (p. 159) is a fundamental process used to “subjectivize reality” (p. 159), and hence to provide space for the [audience’s] imagination (Bruner 1986, p. 35 in Astington p. 169). My imagination is keen as I turn into Westminster Avenue and into the landscape of that fictional world where Morrison lived on the roof of Denis Jacobs’ apartment building. I stop to take a photo of the building, now called “Morrison Apartments” and imagine myself back in 1965.

Perhaps that same (hopefully) perspicacious imagination will stand me in good stead for The S Word (the “S” being Stanislavsky) practical acting laboratory at the University of California, Riverside that I’m in California to attend. Those registering for the event were invited to select the core session we would attend for the duration of the event, and I chose the Active Analysis workshop, led by Sharon Marie Carnicke. I have trained in the Meisner Technique and the Michael Chekhov Technique in the USA (at the Neighborhood Playhouse and with the Michael Chekhov Association respectively), but my training in Stanislavsky’s System in Aotearoa/New Zealand was much more piecemeal and–ironically–less systematic. Aotearoa/New Zealand’s actor training history traces a similar path to that laid out for Australia by Ian Maxwell in his compelling chapter Theatrical Bowerbirds: Received Stanislavsky And The Tyranny Of Distance In Australian Actor Training. Like Australia, Aotearoa/New Zealand’s actor training history is represented by:

a daisy-chain of influence, received ideas, accommodations, autodidactic enthusiasms, indigenizations, misconceptions, chinese whispers shot with characteristic post-colonial anxieties: the paradoxes of cultural cringe an anti-intellectualism; of brash anti-authoritarianism and periphery-centre obsequiousness; a new worldish determination to do it our own way, and the anxiety of influence. (p. 330)

Theatre practitioners in Aotearoa/New Zealand have encountered the teaching of Stanislavsky and others, and those approaches to actor training have been shaped or re-molded by and to local conditions. My research suggests that Stanislavsky’s System came to Aotearoa/New Zealand in a sporadic way, and that it probably did so partly through the teachings of Stanislavsky-inspired theatre practitioners–such as British director Mike Alfreds–visiting the country, by actors and directors who studied abroad, and by local actors reading or learning about Stanislavskian approaches. Those actors and directors disseminated aspects of the System–in some instances inchoately, in others more methodically–through rehearsal practices, green room and pub conversations, and classes. Often Stanislavsky’s approach is conflated or confused with that of other practitioners; some elements of the System eclipse others. I am part of that story, and because I had learned about Stanislavsky’s Active Analysis in an academic–rather than a practical–way, I was enthusiastic to find a means to scrutinize that technique as an actor.

There were sixteen of us in the Active Analysis workshop, drawn from the USA, the UK, Europe, and Australasia. Sharon Carnicke laid out for us the foundations of Active Analysis, Stanislavsky’s final actor training experiment, which is interested in “vectors” of “action and conflicting counteraction” (Carnicke in Hodge, p. 100), and in the étude–wherein the actors improvise within the clear blueprint of action laid out in the script, paraphrasing the text in a very immediate way. Cast by Carnicke as eighty-one-year-old Anfisa in a scene from Chekhov’s The Three Sisters (“Hilary, I’m not casting according to age.”), I set about–along with my fellow performers–improvising the core actions and counteractions in the short scene, guided closely by the clear operations of the text: I help Olga organize clothing for the poor, but really I’m searching for the right moment to beg her not to evict me from the house; I lay low in the hope that Natasha won’t notice me (she does). The bones of the scene represent the foundations for the action and counteraction we play out as actors. As I perform, and watch my fellow actors perform their scenes, I’m struck by the freshness of the work and the interesting choices the actors are making. The improvisation that Sharon has led us through with Active Analysis isn’t a free-for-all but is guided by the action and textual architecture of the scene. I also find that my counteraction is rooted in the action of my scene partners, playing Olga and Natasha and that what I do largely depends upon them. Of course, this idea isn’t a new one; “acting is reacting” is an aphorism one hears repeatedly as an actor, but Active Analysis brought that concept to life, and really did provide me with access to experiencing in that “as if” subjunctive world of the play through action. If we were rehearsing an entire play using Active Analysis, we would we would continue to improvise and paraphrase “to discover each action, counteraction and event” and “with each paraphrase…incorporat[e]…more of the text” (Carnicke in Hodge, p 22).

Today, two days after the conclusion of the workshop, I find myself back at Venice Beach, in an ocean-side bar with a bottle of Corona, reviewing my notes and thinking about the collision between fact and fiction in Active Analysis. The imagination plays a part in Active Analysis, but so does the “anatomy” (Carnicke in Hodge, p. 22) of the play itself, and the dynamic relationships of the actors-as-characters in the scene. Further down the street, on Ocean Front Walk, an out-of-tune busker repeats a rendition of The Doors’ Break On Through. Venice Beach both replays and re-signifies its own image of hippies and beatniks, “as if” it was still 1965; but now I ponder whether it replays a legitimate representation of Morrison’s insurgent Venice, or whether both are a simulation–a Venice Beach that I wish for rather than the Venice Beach that really was. I drain my bottle of Corona and stroll back to my apartment, taking a detour to look again at the mural of Jim Morrison. Today, the blurry distinctions between past and present, between truth and illusion somehow recede. I find myself in 2018 looking at a picture on a wall, a trace, a memory, a two-dimensional echo. I realize that I have been complicit in making Morrison potentially present, and recall that, for Bruner, the terms subjunctive reality “denotes a possible, not a certain reality; one that is not entirely determined by the storyteller, but is partly created by the listener” (in Astington p.159). I was that listener, and I was complicit in the creation of that subjunctive reality where Morrison was here in Venice today. I have dwelled in the past rather than being active in the present; perhaps that is what Active Analysis has taught me. I have moved on and so has Venice Beach: passers-by talk on the smart-phones, listen to their i-pods, and refer to their fitbits as they jog by; an Uber stops to pick up a passenger, and a couple on electric Bird scooters whiz by. The sun sets dazzlingly over Venice Beach on this, my final night in Los Angeles. Tomorrow I’m flying to New York. I walk back to my apartment to pack. 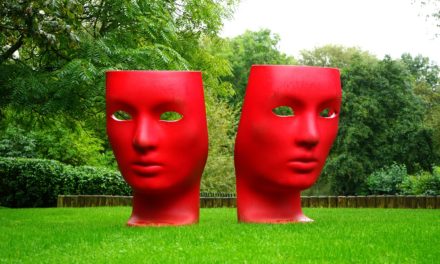