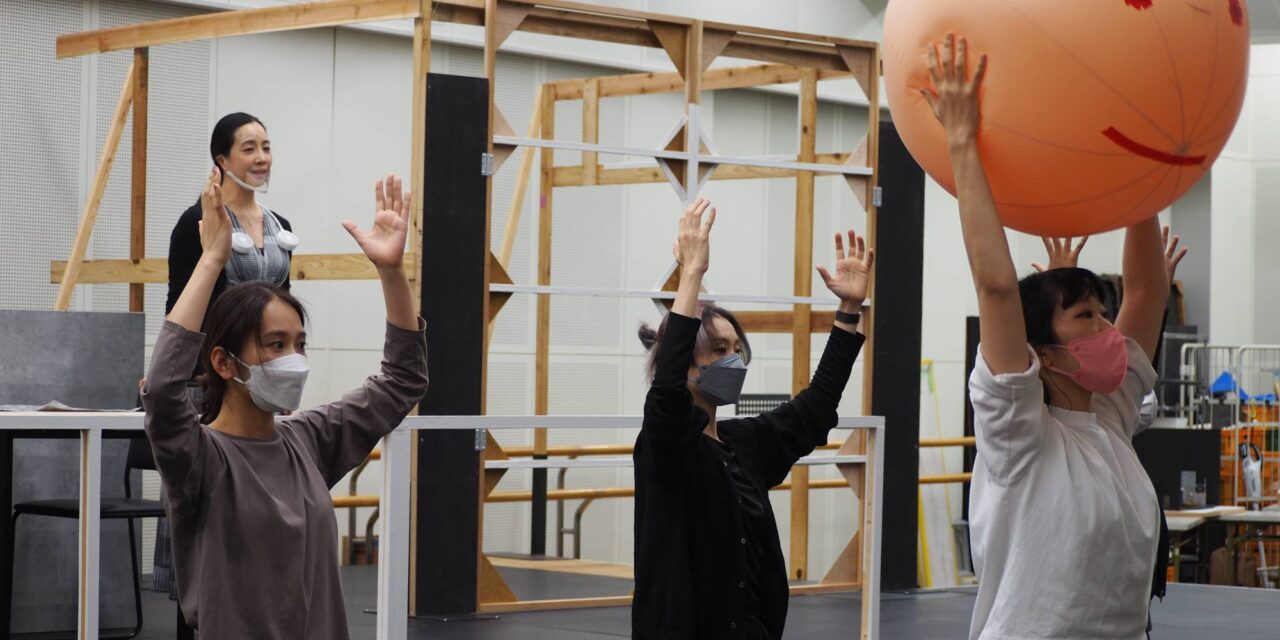 The cast of Toshiki Okada’s “Yuzuru” rehearse scenes from the opera, which draws upon a Japanese folk story about a poor farmer whose greed causes him to lose his wife's love.

For his first foray into the realm of opera, dramatist Toshiki Okada is tackling Ikuma Dan’s one-act “Yuzuru” (“Twilight Crane”), a Japanese classic that has been performed here almost 1,000 times since its premiere in 1952.

It is certainly not the first time that the 48-year-old Okada, who is the founder of Tokyo’s globe-trotting Chelfitsch theater company and winner of many of Japan’s top drama awards, has sought to expand his creative horizons. From 2016 to 2019, he held the position of director of repertoires at the Munich Kammerspiele in Germany, and in June he presented his self-penned contemporary noh play, “Unfulfilled Ghost and the Monster: Zaha/Tsuruga,” which questions both Japan’s nuclear power policy and the discord among Olympic organizers that resulted in one scandal after another in the lead-up to this year’s Games.

The opera “Yuzuru” is based on a 1949 play of the same name by leading postwar playwright Junji Kinoshita, which draws upon a folk story about a poor farmer named Yohyo (Takumi Yogi) who saves an injured crane that later transforms into a beautiful woman named Tsu (Sara Kobayashi) and marries him.

As a sign of her gratitude, Tsu uses her feathers to weave beautiful fabric for Yohyo to sell, but she asks her husband to promise he will never watch her at work. Yohyo agrees, but goaded by his money-grubbing friends Sodo (Hirohisa Sannohe) and Unzu (Koji Terada), he urges her to weave more and more, leaving Tsu wondering why he isn’t content with a simple life together.

One night, Yohyo peeks into her room and sees an ailing Tsu in her crane form, busily weaving. When his wife discovers that he has broken his promise, she flies away into the night sky and leaves him forever. It is then that Yohyo realizes he has lost a love that no amount of money will ever make up for.

At a press conference ahead of the opera’s opening, Okada seemed undaunted by staging such a well-known piece, saying, “I’ve never had much to do with opera before. But as I got this great opportunity, I wanted to find out what exactly a director does in opera.”

Bringing his wealth of experience in dramatic theater to “Yuzuru,” Okada said he “discovered the point of my role” after roughly a week of workshops and rehearsals with the conductors and singers.

“Before this project, I understood music as a rather abstract art form far removed from stories and meanings, but I now newly realize that opera music expresses the story and the characters’ feelings in every way,” he said. “Therefore, opera directors don’t need to be involved in such things as creating the characters during the rehearsals. So, I am going about this in a different way from my usual theater approach.”

And yet, soprano Kobayashi said that she was surprised that Okada spent such a long time discussing the opera’s content with the cast—adding that is “very rare in conventional opera rehearsals,” which mostly focus on the actors’ singing.

Tenor Yogi agreed, saying, “We are having discussions about everything together. Okada decides each movement based on our communal understanding after listening to everyone’s opinions. Even if a scene doesn’t relate to me, he asks for my opinion, and inevitably that makes me become more interested in the other characters.

“I was never like that before. It’s entirely new for me and I am so excited about this new method.”

Okada’s democratic way of working is not the only aspect that makes this production of “Yuzuru” different from past stagings. Instead of presenting a love story centered on a tragic female character, the director said his contemporary version will focus on “the damaging influence of capitalism,” critiquing how irreplaceable assets are mindlessly wasted for short-term gain in the modern world.

“Of course, I won’t change the music or lyrics. That’s out of the question,” he said, adding that what he envisions is “a vivid production that viscerally connects with today’s audiences whose lives have been captured by capitalism.”

To further modernize his opera and make it relatable to each audience member, Okada said, “I have changed Tsu’s character from being folklore’s image of a pure and innocent victim to that of an individual rejecting the temptations of capitalism and asking whether our values based on it are really right or not.”

As Kobayashi put it, “I first saw the play ‘Yuzuru’ when I was a junior high school student and Tsu became one of my dream roles. Since then I’ve seen many versions by different directors, but now I’m thinking I need to reset my image of this heroine and start to create an entirely new Tsu from scratch.

“So the challenge is how to present Okada’s new concept of ‘Yuzuru’ to the audiences. That’s what I’m wrestling with.”

This article was originally published by The Japan Times on October 30, 2021, and has been reposted with permission. To read the original article, click here. 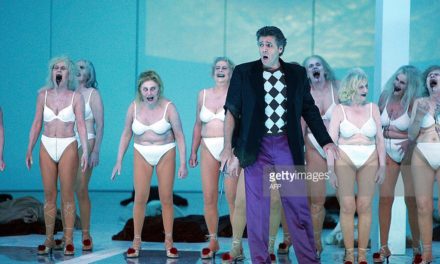