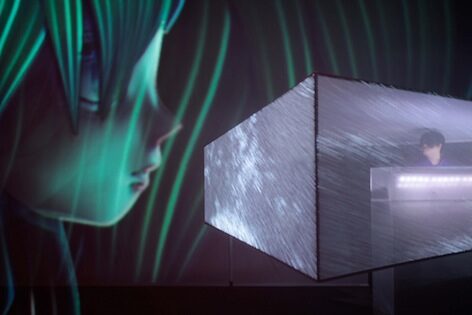 Keiichiro Shibuya and Hatsune Miku in "The End." Photo © Kenshu Shintsubo. Courtesy of Yamaguchi Center for Arts and Media (YCAM)

Hatsune Miku, the most famous non-human pop singer in the world, will visit Spain for the first time this month. Keiichiro Shibuya and Hatsune Miku’s Vocaloid Opera The Endwill showed in Madrid’s Naves Matadero between March 22 and 24 and in L’Auditori in Barcelona on March 27th. This is in no way a traditional opera, as there are no singers, no orchestra, and no stage. Instead, all images and music are produced electronically, as is Hatsune Miku herself. Six screens will project animations in 3D, in a technological and artistic event unlike any other. All the music is produced by a computer and the main performer, Hatsune Miku, is a virtual creation. 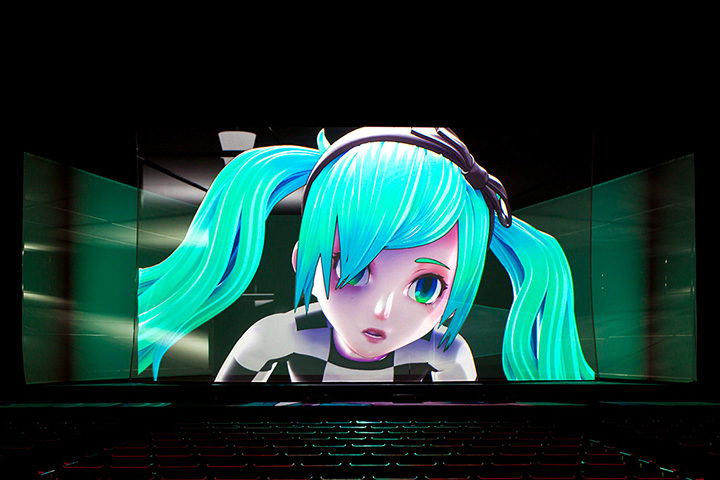 Although Hatsune Miku is not a person, she has been performing “live” since 2009 as a 3D hologram, filling concert halls with thousands of real fans. Her creators define her as a “collaboratively constructed cyber celebrity,” as users around the world participate in the generation of content, with over 100,000 songs released using Miku. Her voice is produced by the Vocaloid, a singing synthesizer developed by Crypton Future Media and her clothes for The End were designed by Marc Jacobs when he was still the creative director at Louis Vuitton.

The End is the first opera fully created and performed electronically and has toured Europe, Asia, and the Middle East before arriving in Spain. The work is highly collaborative, counting with some of Japan’s most accomplished sound and visual artists. Keiichiro Shibuya (born 1973) is the composer, who performs the music besides Hatsune Miku’s virtual presence. Since establishing his music label, ATAK, in 2002, Shibuya has promoted cutting-edge experimental electronic music. The libretto was originally drafted by playwright Toshidi Okada. The director of the opera and creator of the visuals is YKBX, also known as Masaki Yokobe, an accomplished illustrator and art director. Finally, evala is the sound artist responsible for the sound design and he has received multiple awards for his works including at the Cannes International Festival of Creativity and at the Japan Media Arts Festival. You can visit his audio diary, Hacking Tone, here. 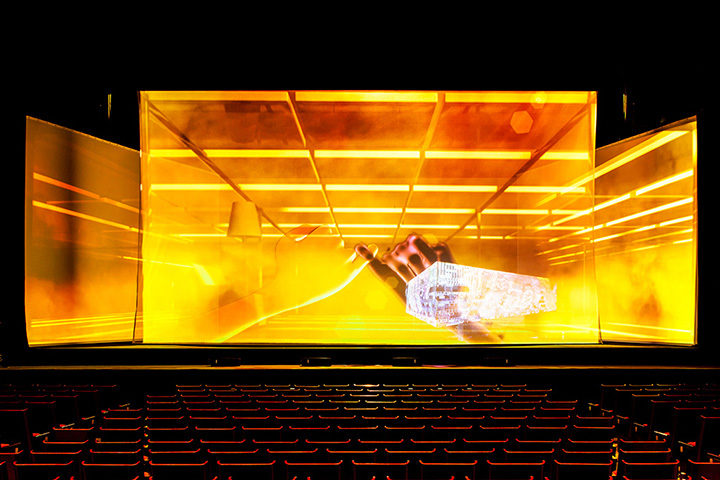 The End © Kenshu Shintsubo. Courtesy of Yamaguchi Center for Arts and Media (YCAM)

In the words of Kazunao Abe, artistic director of the Yamaguchi Center for Arts and Media that commissioned the work in 2012, The End aims “to dissect and transform opera with the goal of a radically new space/time creation that is neither traditional nor avant-garde.” Surreal and overwhelming to the senses, the piece follows opera’s traditions and formal structures, including recitativos and arias, as well as a tragic storyline. Combining these traditional elements with technological art and Japanese pop culture, The End is a new kind of opera to be experienced.

Hatsune Miku’s character (can we talk about character and performer as separate in her very particular case?) goes through a journey in search for answers to ancestral questions about what death means for individuals and about the end of the world. This reflection is further problematized by her being a virtual creature. What is her life, what happens when the opera ends, what is death for Miku, and how is the creation of artificial intelligence changing our conceptions of life and death? The End is a self-reflexive work that explores and challenges the limits between life and death, the real and the fictional. 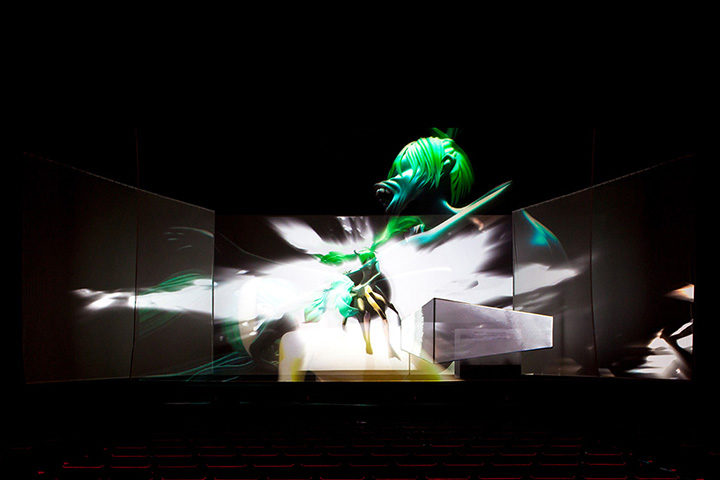 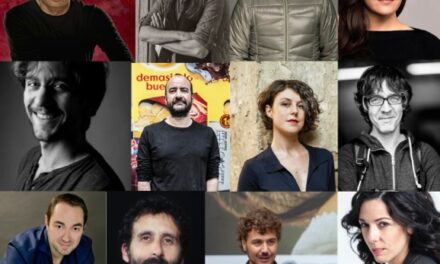