The third edition of the Micro Theatre Festival (MTF) will kick off Saturday 8 October and run through Wednesday 12 October in both Cairo and Alexandria.

This year’s festival is hosted by the Higher Institute of Theatrical Arts in Cairo and the Theatre Academy in Alexandria.

The main competition in this edition will feature 16 plays directed and staged by Egyptian artists.

The third edition will also feature other plays based on new texts written by emerging playwrights in a scriptwriting competition, with the winning script to be translated into Spanish.

It will also hold a number of online Zoom workshops and seminars with international theatre practitioners.

MTF is headed by theatre academic and actress Nabila Hassan.

Hassan is the artist who introduced micro theatre to Egypt out of her cooperation with Veronica Larios, the Spanish practitioner who developed micro theatre – Microteatro – in Madrid, Spain in the 2000s.

Today, micro theatre is performed in many countries around the world.

It uses the number 15 as its base: 15-minute-long plays performed in a space of 15 square metres, accommodating 15 audience members.

The stage can be rooms in a bigger location such as the abandoned building that was used by Larios in the launch of the genre.

Five plays are performed in parallel and in cycles with the audiences able to attend each of them in any order they wish.

What makes micro theatre attractive to audiences is its intimacy since it allows spectators to be part of the theatrical experience.

Mini-plays performances proved extremely successful in Spain because it helped artists overcome budget limitations and also spared audiences from having to sit through two and three-hour-long events at a time amid the fast pace of modern life.

This article was originally posted on Ahram Online on October 7, 2022, and has been reposted with permission. To read the original article, please click here. 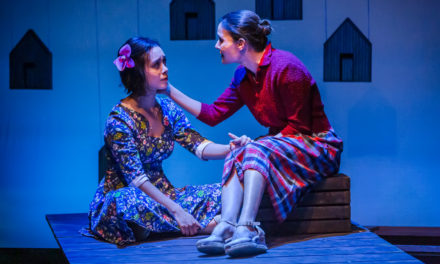