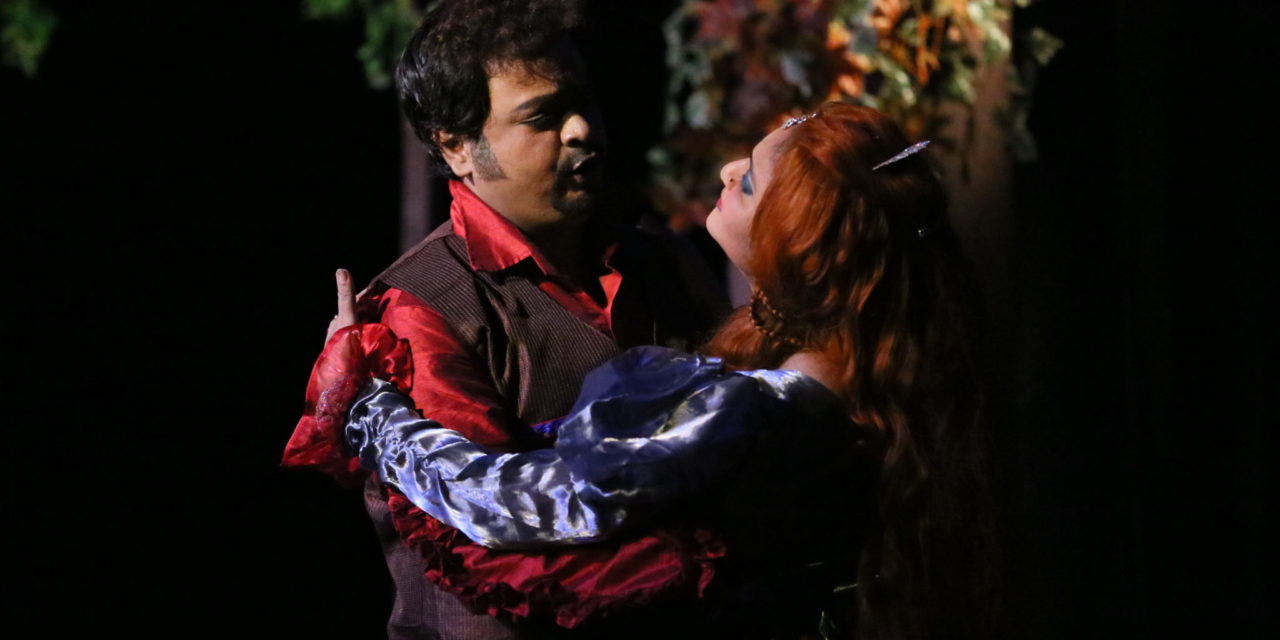 The Merchant of Venice at Tapan Theatre, Kolkata. 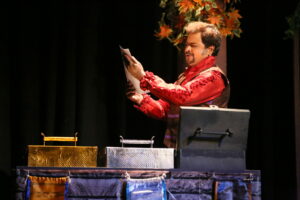 The Merchant of Venice at Tapan Theatre, Kolkata.

The Merchant of Venice is a play by Shakespeare, one with which even a school-going child is conversant. And, interestingly enough, when the child attains the age of forty-eight or fifty, then also the play remains equally appealing to him or her. Is it because of Shakespeare’s flawless delineation of characters, or something else? You do not have to look far to find the reason. It is because of the power of love and compassion, discomfiting cruelty and calculative slyness, which Shakespeare portrays so meticulously. Whoever does not remember Portia’s famous speech, known from our school days, under the title “The Quality of Mercy”? The excerpt stirred in us an inordinate desire to read the whole play, and scrounging time from the hours meant for Mathematics, I used to read and enjoy Shakespeare’s brilliant lines.

And, in July 2016, that mesmerism got stirred again in some nook of my heart when Mr. Bilwadal Chattopadhyay kindly welcomed me to a show to be held at Tapan Theatre, Kolkata. Disrupting all pre-planned schedules, I ran to respond to his clarion call. And it was worth it.

Believe it or not, the two-and-a-half hours sped by on winged flight through eternity, leaving me entirely won over. The Bengali translation (by Ujjwal Chatterjee) of the play is impeccable, and the roles of Shylock (Bilwadal Chatterjee), Bassanio (Ranodeep Nandy), Antonio (Shyamal Sarkar), Lorenzo (Achintya Majumder), Portia (Minakshi Mukherjee), Nerissa (Monalisa Das), and Jessica (Papia Saha) are simply mind-blowing. Bilwadal Chatterjee, as Shylock, needs especial mention, as none else would have brought the character to life with such deftness and élan. Perhaps his thirty years of experience in the thespian arena have added finesse to his acting. The dancers, Anindya Ray, Shaonli Saha, Ruprekha Dutta, Sangita Sikdar, and Animesh Chakraborty, need a mention too, as their dance movements struck a chord in each heart. However, to a critic’s eye, the steps needed a few more hours of practice, and I am sure they will be better in the next performance.

The play, a successful rendition on the stage of Shakespeare’s timeless creation, a romantic comedy, to be precise, is the right choice to perform in contemporary times. As the Director in his Note says, when the multinational companies are strutting and fretting on the National Market arena, they are oppressing the young appointees like Shylock. A pound of flesh for the salary they pay, is what they demand, marring their leisure, desire for family togetherness, and, what not! Standing tall in this century, Shakespeare proves again that the quality of mercy still holds no appeal for Shylock, and the mercenary attitude of the foreign companies are lambasting our conscience—are we negotiating with our peace, harmony, unity by aspiring after a dream-target? This play must carve a niche in the heart of the audience by dint of its own merit.

Adapted with permission from Muse India.