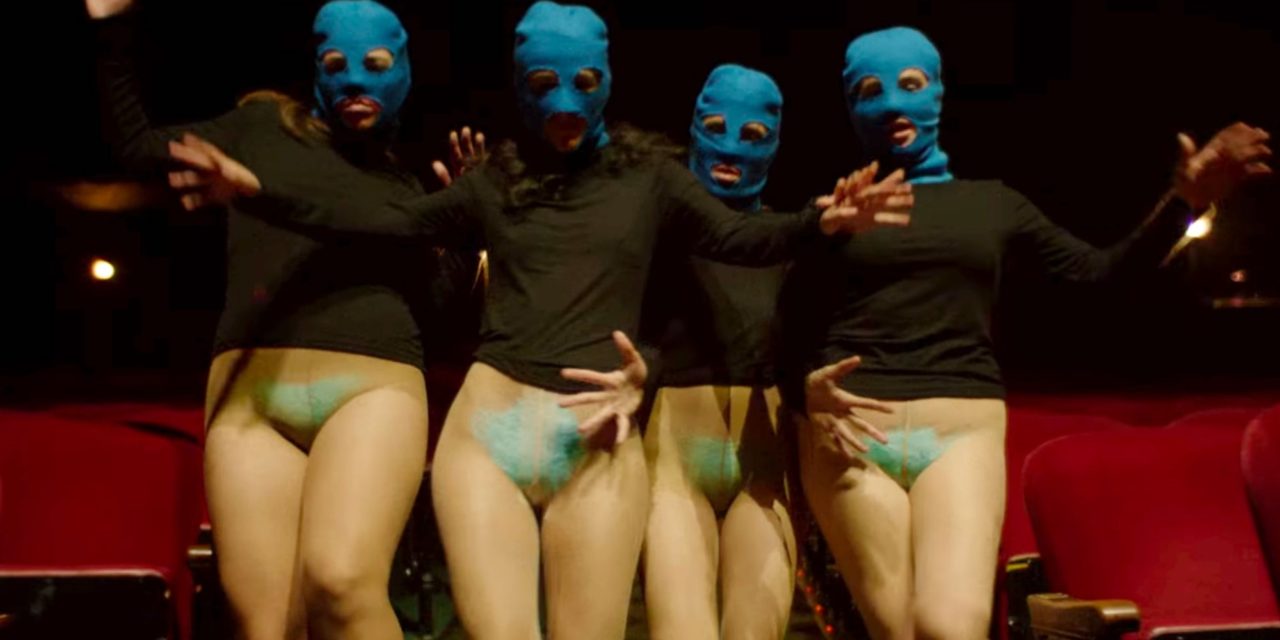 Internationally acclaimed Japanese-American visual artist  Masami Teraoka invited Pussy Riot performance artist / choreographer Viktoria Naraxsa and a few others from Russia to Hawaii for a series of collaborative events, including a solo and artists’ workshop that will develop and perform an audience participatory theatrical work based upon Shakespeare’s The Tempest, March 17 at the Honolulu Museum of Art School. Planned as a multilayered rendition of Shakespeare’s island-based tragedy, the work casts the Art School as the home of protagonist Prospero, and infuses the script with a few references to Hawaiian history. 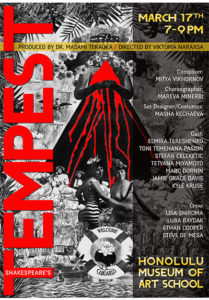 Viktoria Naraxsa is a Moscow-based theater director, choreographer and performing artist whose work has spanned from Russia and Germany to New York and now Hawaii.  She graduated from the St. Petersburg Institute of Performing Art in Russia and has an extensive background in theater.  Naraxsa has choreographed Pussy Riot’s performance “Chaika” and worked with Nadya Tolokonnikova in New York last year.
According to the Hawaii State Theater Council press release, the site-specific work was developed in admission-free workshops over the course of several weeks. The final play was performed by selected participant performers and audience members. Naraxsa and her theater team, composed of Artists-in-Residence Masha Kechaeva and Anna Melni.

Her solo performance at the Arts at Marks on March 10 deeply move Dr. Teraoka on several levels. The participating audience members whose eyes and mouths were variously covered and who received movement / behavioral direction from an off-stage miked “voice”. He inquired on his Facebook page:

The whole notion of the “performance” reminded me of those exoduses of refugees in the current Middle East and Africa’s wars. Was this implying how an institution could restrict individual freedom?

The [program at the ] Arts at Marks’ Garage has raised the issues of what it would be like should your daily life be watched over and directed at every moment by an authoritative institution. Under the nationalistic suppression, can people be guided to a daily routine? 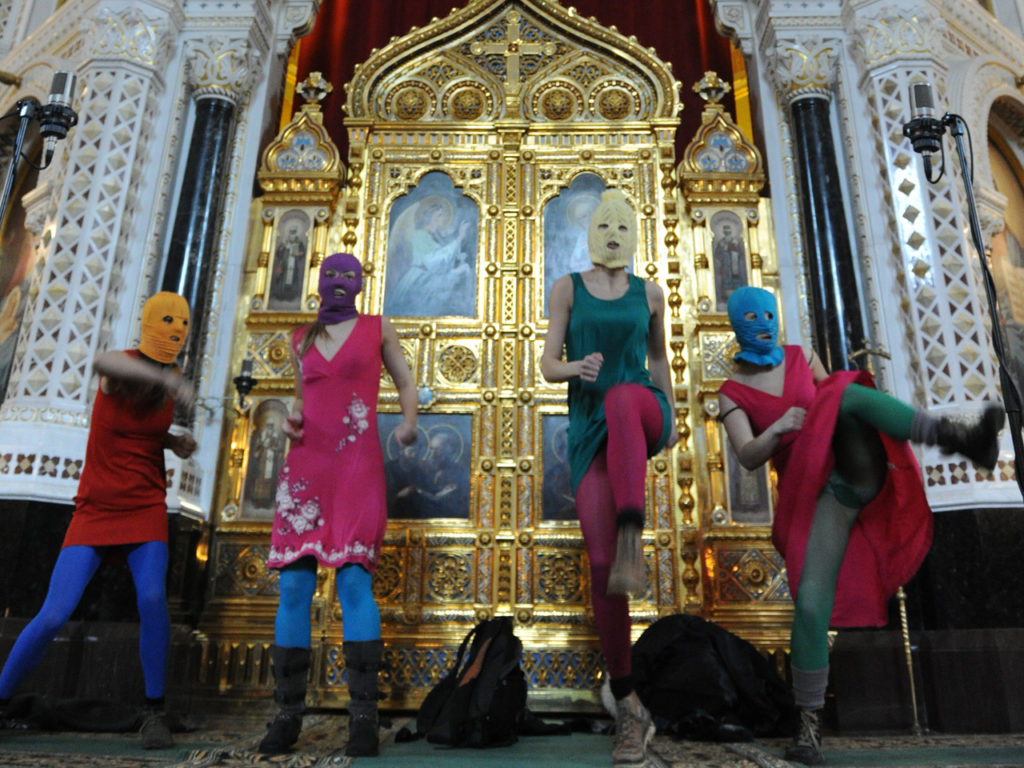 Pussy Riot’s Punk Prayer, their now-famous neon balaclavas-clad performance at Orthodox Church in Moscow which led to the arrest of members, 2012. Press photo 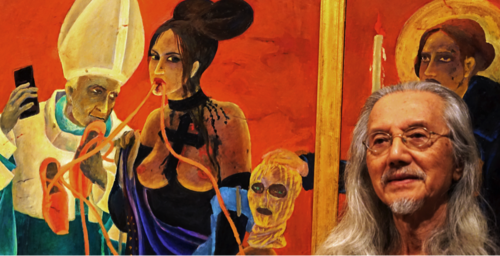