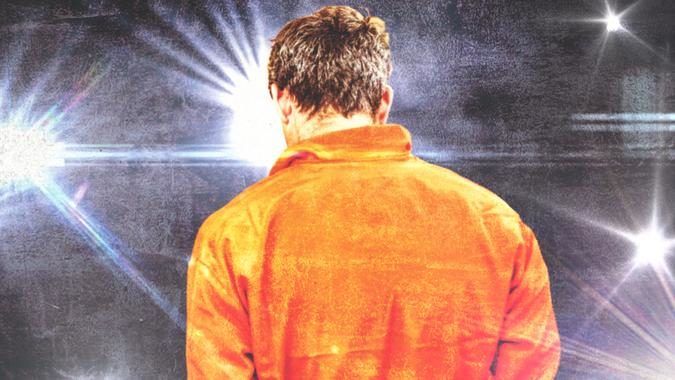 Shakespeare Lives is a programme of events commissioned by the British Council to mark the 400th anniversary of William Shakespeare’s death which “explore Shakespeare as a living writer.” Through these events, they wish to emphasize that Shakespeare “speaks for all people and nations.” Yet, the Globe’s announcement that its current artistic director, Emma Rice, will step down in 2018 over the board’s desire to use shared lighting, demonstrates that what it means to make Shakespeare live is contested. To many, the decision to remove one of the few women in charge of a flagship theatre organisation suggested that Shakespeare did not speak for everyone, but instead was a site for inequalities to be further ingrained.

In the context of the Globe’s decision, the rhetoric of the Shakespeare Lives programme might ring hollow. Yet, somewhere between Glasgow’s Centre for Contemporary Art and the Kwai Tsing Theatre in Hong Kong, Shakespeare lives. Birds of Paradise Theatre Company, who work to increase the visibility of professional artists with disabilities, take The Tempest as its source and pull away from it, stretching Shakespeare to consider how disability, ethnicity and proximity operate in the formation of “others.”

This is Miranda and Caliban: The Making of a Monster, a trial presided over by TV Judges Ariel Storm (Joe Wong) and Ariel Skirl (Robert Softley-Gale), live-streamed between studios in Hong Kong and Scotland. Over in Hong Kong Ariel Storm and Antonio (Caroline Parker MBE) interview Caliban (Jason Wong), former winner of Hong Kong Can Dance. In Scotland, Ariel Skirl is joined by Prospero (Paul Cunningham), who accuses Caliban of raping his missing daughter, Miranda (Amy Cheskin/Gabriella Brisby). Evidence is given through testimony, island camera videos, emails, archive footage and on-stage questioning. The audience are asked to cast their vote; to whether Caliban is guilty or innocent?

One of the joys of Shakespeare is its elasticity; it can be worked into different shapes. Birds of Paradise’s stretch Shakespeare out and make him live through teasing out relevant dilemmas in his work. The Bard’s characters are put to new uses, as tools to investigate how his work might marginalise people with disabilities. Caliban, a ‘malignant thing,’ a deformed and corrupted other, is here re-imagined. Our audience today decides he is innocent, but his ambitions to kill Prospero, confirm he isn’t morally pure. We are presented with a Caliban that is complicated. An aggressive and loving, hateful and kind Caliban. A Caliban who is a flawed person, not a monstrous creature.

Gary Robson, co-artistic director of Birds of Paradise, describes their work as aiming to create a new “aesthetics of access.” Access is ingrained in this adaptation through its use of signing, subtitling, visuals and audio. Yet beyond this, the work examines the politics of access, how different ways to access a work are negotiated at different boundaries. Watching Miranda and Caliban: The Making of a Monster is confusing, both too slow and too fast to follow. The work alternates between Cantonese and English, and between action in Scotland and Hong Kong. It is a constant dialogue, peppered with the delays and fractures of the lagging live-stream.

Watching on, trying to make sense of it, it is clear that you can’t hope to access it all, not immediately. Yet we’re all accessing different bits at the same time. It is both a richly satisfying and frustrating experience, like any conversation between two parties. This adaptation, taking place in a former colony and it’s coloniser, foregrounds differences. Differences between people, localities and cultures. These differences aren’t rigid boundaries, but continually negotiated points of access.

Miranda’s absent voice haunts the TV trial that unfolds, focusing our attention on the voices that have been excluded through the performance of canonical work. Moreover, this absence mirrors that of victim’s voices in cases of domestic abuse and rape. Our Jeremy-Kyle-Jerry-Springer-esque Ariels are both charming hosts, yet manipulative, leaving a bitter after-taste. The Ariels are always in control, filtering the evidence, with-holding the whereabouts of Miranda, and weaving a TV-magic laced with misogyny.

Miranda and Caliban: The Making of a Monster cuts through the idea that Shakespeare speaks for all people and nations. Yet, in doing so, it successfully shifts the focus to how Shakespeare’s work can be used. A use for different people, in different nations, speaking about differences. This is Shakespeare, living on after 400 years. 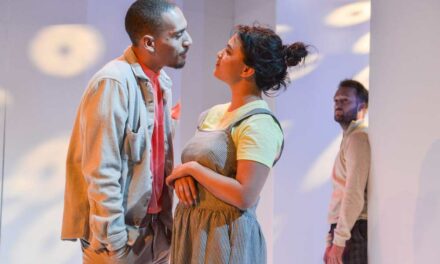 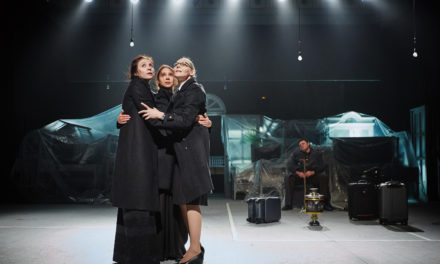