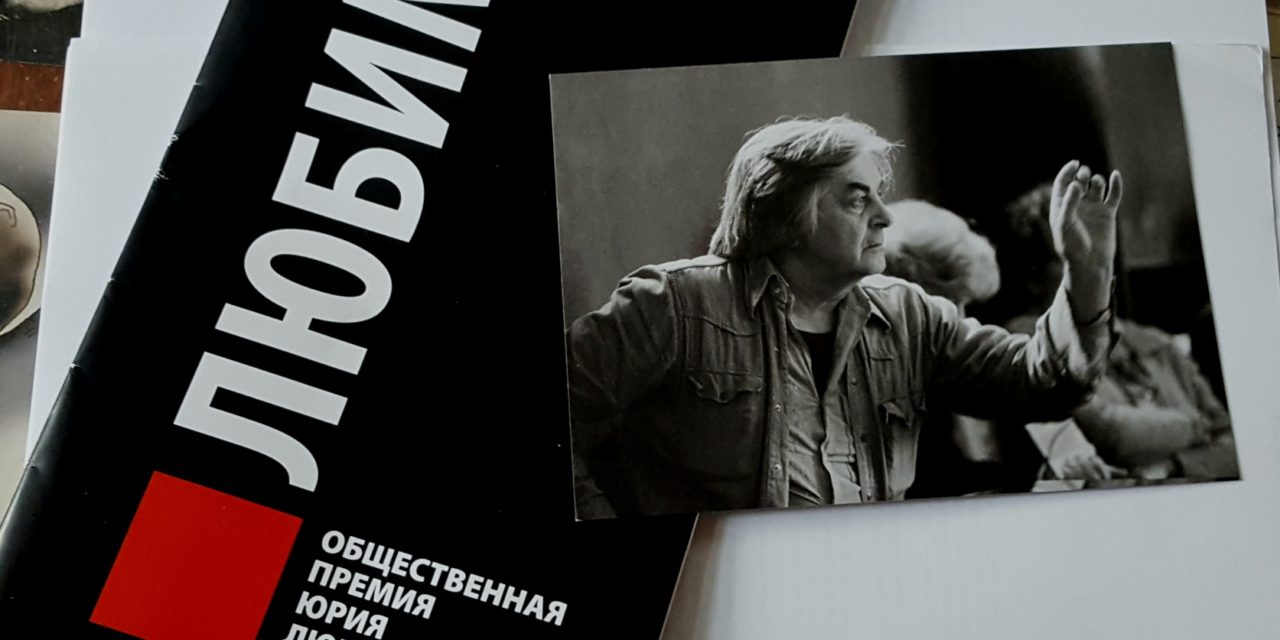 While the guests invited to the event were slowly filling the Great Hall of the Moscow Conservatory, one had just enough time to pore over the excellent booklet that was produced for this year’s presentation of the Yury Lyubimov Public Award, and (to be awarded for the first time ever!) the Yury Lyubimov International Theatrical Award. All publications by the Yury Lyubimov charity foundation for the development of theatrical arts, which was established in memory of the master, invariably contain some interesting archival materials and photos. It is always with great care, reverently and responsibly, that the widow and collaborator of the master, Katalin Lyubimova,  handles everything on which Lyubimov’s personality has left its mark, never allowing any retouching or damaging of his memory. The work on the great director’s heritage is an ongoing activity,  and its fruits make themselves obvious even in such lovely little things as this booklet, which contains, among other stuff, an account of a conversation that Yury Petrovich [Lyubimov] once had with Pyotr Kapitsa. The man of arts inquired of the man of science—what might be the last thing that dies in a man? The scientist promptly answered: “The professional skills.” And it is the professional skills, as well as honesty and civic virtue, that are to be awarded today with the prize that bears the name of the master whose invocation—delivered by the whole body of his creative activities, as well as by the famous production bearing such title—always was “Beware of Losing Your Face.”

The award is given not only to people of the theatre but also to representatives of any profession who make the title of Man lofty and dignified. This year the award was given to the actress Yulia Borisova, to the hematologist Andrey Vorobiev, and to the Dmitri Pokrovsky Ensemble. As for the International Theatrical Award, which was established by the Lyubimov foundation jointly with the International Institute of Theatre, for explorations of new theatrical aesthetics and for the revival of theatrical culture, it was given to theatre director Anatoliy Vasiliev, who in his address said that his life seems to be divided into three episodes: “Before Liubimov,” “Together with Liubimov,” and “After Moscow.” Musing over his own experiences as an exile and the difficulties that clouded both his own and Lyubimov’s theatrical careers, Vasiliev remembered Kirill Serebrennikov, whose thorny biography was enriched by the authorities and now features prosecution by the law.

The trophy handed to the winners takes some new form each year. In 2018 the winners were presented with truly unique recordings of Yury Lyubimov reciting poetry. Lyubimov was a very good performer, and he knew how to work with the word. In the capacity of director, he also paid special attention to speech: that is why words in his productions did not just happen to be pronounced but rather resounded. The unique recordings were set to music by Pavel Karmanov, who had worked with the late director on the production of the opera Prince Igor.

The ceremony concluded with a performance of Petite Messe Solennelle by Gioacchino Rossini. The whole event was dominated by a large portrait of the master that loomed on the stage facing the public. The eyes of the portrait looked alive; they were eloquent, maybe even somewhat reproachful, yet loving all the same. “To believe firmly in your own way, despite all the hardships” was his will, the will of one who never turned off his way of Director and Man. 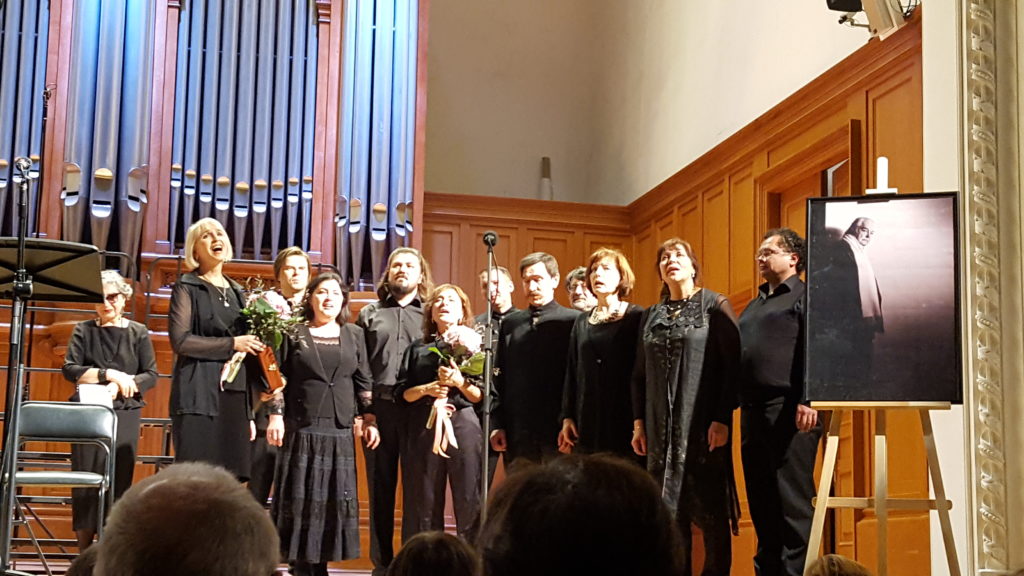 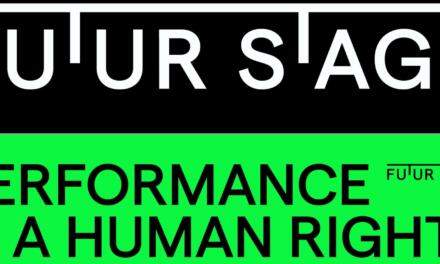