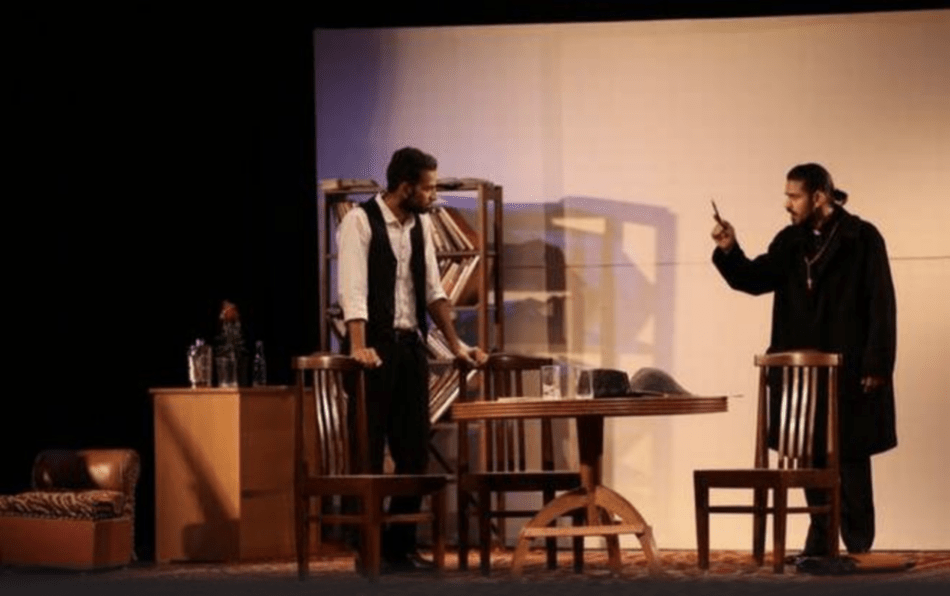 Familial Concerns: A scene from the engrossing play.

Directed by K.S. Rajendran, Ghosts explores the moral dilemmas of a dysfunctional family.

We witnessed Henrik Ibsen’s Ghosts adapted into Hindi as Peechha Karti Parichhayiyan at the Bharat Rang Mahotsav 2020, with Ila Aurn and K.K. Raina in lead roles. Now, Little Theatre Group Repertory has presented Ghosts at its auditorium. After plays by William Shakespeare and Moliere, Ibsen’s plays are frequently seen on the Hindi stage, especially his A Doll’s House and An Enemy of the People have striking relevance to contemporary Indian social situation.

Translated into Hindi by Astri Ghosh, the production paints a devastating picture of a doomed family plagued by adultery, morbidity of congenital syphilis and hypocrisy. All these thematic elements are revealed layer after layer through the interactions between Mrs. Helene Alving and Father Manders, who brings the news of completion of the orphanage Mrs. Alving constructed in memory of her husband, the late Captain Alving. Soon after their marriage, Mrs. Alving discovered that her husband was a debauch. Emotionally shattered, it put her in a moral dilemma; whether to get rid of her husband. She decides to break moral code perpetuated by conventional society and decides to leave her husband and goes to Father Manders, an old friend of hers. He persuades her to go back to her husband.

And then another layer unfolds the relationship between Mrs. Alving and her son Oswald, whom she has kept away from the home to protect him from the scandalous shadow of his father. He has come back home after spending his youth as a painter in Paris and in the company of artists who are having unconventional sexual relations, discarding the code of marriage. The father is shocked to listen to the young man who seems to be pale and suffering from a chronic malady. The young man is infatuated by the young maid Regina and expresses his determination to marry her. An angry Mrs. Alving vehemently opposes her son’s marriage proposal.

The play opens with maid Regina frowning at a carpenter who addresses her as his own daughter in a voice that is mocking. The carpenter appears to be a rogue. He boasts of having earned enough money to open a hotel where sailors could stay and have a good time. He insists the maid to follow him and join his venture of entertaining lascivious sailors. But she rejects his proposal disdainfully.

The entire action unfolds in the drawing room of Mrs. Alving, illustrating unities of time, place and action. The web of the pathology of human relations inexorably reveals a shockingly disturbing climax. Though Captain Alving is dead, but his ghost perpetually assails his family members, leaving them in a state of turmoil with no escape from the ghost’s malignant influence. The most pathetic victim of Captain Alving is Oswald, his own son.

As a victim of congenital syphilis, his condition is gradually becoming critical and often suffers from epileptic fits, his whole body in terrible pain, writhing, beseeching his mother to give him morphine so that he may get relief from his tormented life. The young man has one more shock: his mother reveals that the maid is an illegitimate child of Captain Alving. Hence, his sexual relationship with her and to marry her is an act of incest.

The play is directed by senior director K.S. Rajendran. His design is neat and realistically captures the drawing room of a well-to-do family. Mostly left space of the stage is used for exits and entries, and right space creates the illusion of an interior room. Properties are placed at the right spaces aesthetically. The burning down of orphanage just before it is to be declared open by Father Manders is emotionally shattering. The scene is suggestively shown through dialogue. In fact, the scene could have been depicted with multimedia on a screen upstage. Of course, there is a screen placed left stage which projects the seduction scene between Captain Alving and the family maid. However, the tone needs variation.

This is a play which demands highly realistic style of acting and experienced performers. Some of the actors concentrated more on delivering their lines, rather than revealing the inner world of their characters’ suffering from moral dilemma. The young actors need more training to make their characters convincing.

Jay Prakash as Father Manders brings to the fore the moral hypocrisy of his character. Nishi Paliwal has stage presence and clarity of accent, but she needs to internalize the tormented world of Mrs. Helene Alving. Dileep Sharma as Oswald Alving brings alive partially the pain of his character.

This article was originally posted by The Hindu on March 12, 2020. Reposted with permission. Read the original article. 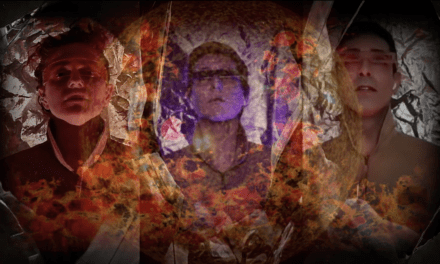