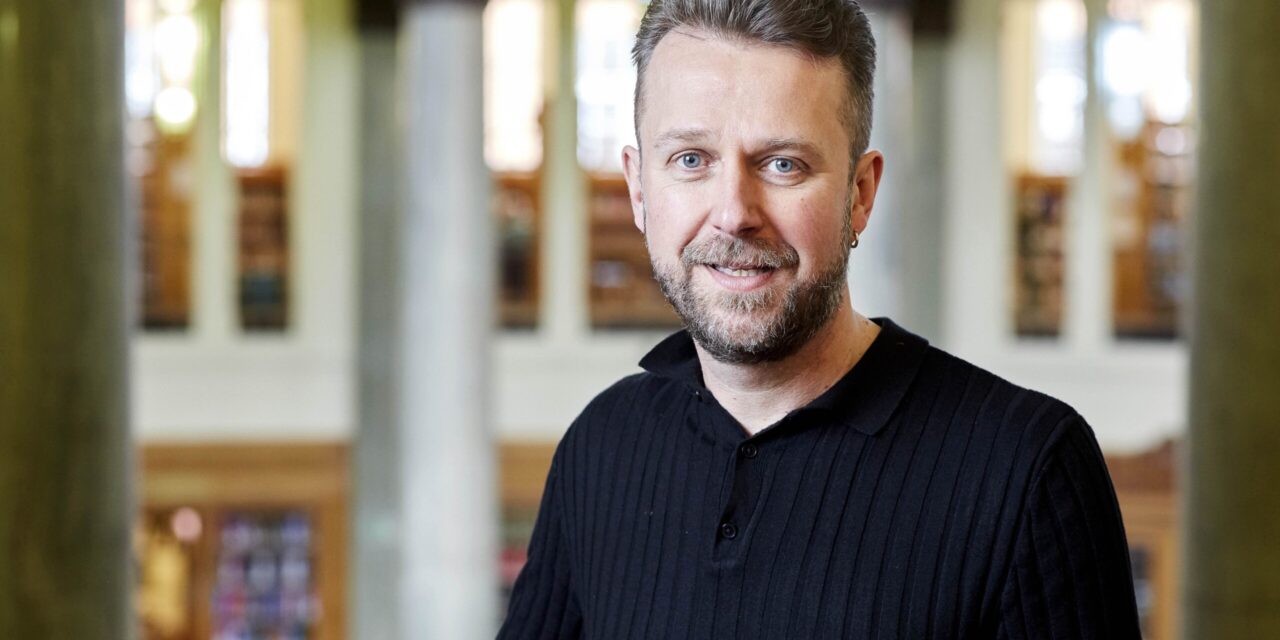 Jonathan Pitches is a Professor of Theater and Performance at the University of Leeds. He is the Deputy Director of the Stanislavsky Research Centre and the author of three monographs: Science and the Stanislavsky Tradition of Acting (2006), Vsevolod Meyerhold (2003/18) and the recently published Performing Mountains (2020), the result of a 24-month research project funded by the AHRC. He is founding co-editor of The Journal of Theatre, Dance and Performance Training, and his editing book credits include Stanislavsky in the World co-edited with Stefan Aquilina (2017), and sole editorship of Great Stage Directors – Copeau, Komisarjevsky and Guthrie (2018). His areas of expertise include contemporary theater and performance, environmental humanities, and digital learning. He has held training courses around the world, including Brazil, Italy, Japan, China, India, Malta, the Czech Republic, and Australia.

I have come to know Pitches through the University of Leeds 2016 online course, “Physical Theatre: Exploring the Slap,” for which he was Lead Educator. During the course, he unraveled the world of Vsevolod Meyerhold and biomechanics. He kindly agreed to be interviewed for the Iranian theatre journal Shaneh (The Stage) in the same year. The connection came full circle in late 2018 when I saw a production of Hippolytus in Tehran performed with Meyerhold slap etudes. To my surprise, director Farzad Amini has read the Persian translation of Pitches’ book about Meyerhold. Pitches also followed the company’s production process and held a discussion about acting with one of the play’s leads, Niyayesh Nahavandi, who lives in Italy.

Niloofar Mohtadi: Let’s start with a general question. What is physical theater?

Jonathan Pitches: The term “physical theater” is very contested in the UK — what theater isn’t physical in some way or another? More recently, scholars have talked about physical theatres — plural — to widen the field and put to bed the idea that there is one kind of physical theatre. I prefer the plural term. More generally, I’d say that physical theatres are theatre forms that have lineages going back to dance, mime, or predominantly movement-based performance forms, and which treat text equally amongst the many sources of creativity in the theatre.

NM: There is a theory that performing a play is a translation of literature: a play script into the medium of performance. So a text that has readability transforms into text that has performability. Can physical theater be a good example of this theory? If so, how does this transformation happen?

JP: This transformation can happen. It can take very different forms and physical theatres offer an excellent example of it happening in vital ways that exploit the experiential and sensuous elements of theatre. Because much physical theatre does not start its life from a written text, its performability is often much stronger from the outset. It is made up of the performers’ bodies and imaginations, scenography and scenic materials, sound, and light. These are the components of a transformative theatre experience.

NM: What is the relationship between the director and actors in a physical theater like? Is choreography the most important factor in clarifying characters, or is it the plot?

JP: I think it’s a combination of both and much more besides. So many theater forms now exploit the widest range of mechanisms for communication. They pursue a 21st Century version of the so-called “total theatre.” I think dramaturgy is a more important and current concept than character and plot. I follow academic Cathy Turner’s expansion of the term: “Dramaturgy is an approach to theatre and performance across genres and without implicit prioritization of the play text — but without excluding it either, or diminishing it where it appears” (Turner, 2015).

NM: Is physical theater mostly based on dramatic texts or actors’ improvisation?

JP:  Definitely on the actors’ improvisation more than a dramatic text. But some companies, such as Complicite or Kneehigh in the UK, still work from texts and transform them into a more physically- oriented performance. The text is made to live through the bodies of the performers.

NM: Body language in various countries is an indication of a specific culture. For example, the French audience might not understand the gestures in an Indian play. Can physical theater build a theater beyond cultures and borders?

JP: It used to be said that this was the case (Eugenio Barba has argued something of this sort, for instance). While it is important to share experiences across cultures, and physical theater can do that effectively with its focus on the visual, there are important cultural codes embedded in all the elements of theater. Universalizing these is to ignore their specificity and context.

NM: Some of the traditional, eastern theater such as Japanese Noh and Kabuki, and Kyogen and Kathakali in India, are based on physical movement and body language. Have they influenced or inspired physical theatre?

JP:  Yes definitely, and this was a trend in the early 20th Century. Meyerhold, Brecht, and Artaud are three obvious examples of western practitioners drawing on ancient forms from the East. However, this was often an ‘orientalized’ perspective that focused on the outward characteristics of the form and did not or could not engage with the complex spiritual and cultural elements of these forms.

NM: Who are the main audiences for physical theater? Can anyone enjoy this type of theater?

JP: I don’t think there is one main audience for physical theater — there are several different audiences. On the surface, everyone can take something from a physical theater performance but in reality, it will always produce work that is a microcosm of a cultural moment or context. We may take what we want from physical theater and interpret the work through our own perception, but that is different from the linear model of communication that goes from director, through the actors, to the spectator.

NM: How did physical theater change or evolve through time? Is it still being confronted by similar issues that, for example, challenged Vsevolod Meyerhold?

JP: This is an enormous question! The second edition of Murray and Keefe’s Physical Theatres (2015) offers a helpful unpacking of this history. I don’t think physical theatres are confronted with the same issues Meyerhold faced — he paid for them with his life, after all. But there remains a hierarchy in some people’s minds — of text first, bodies second. I suspect this is more prevalent in the UK than in other theater cultures. I hope it is finally eradicated sometime in the near future.

Niloofar Mohtadi is an Iranian journalist, translator and has an MA in Dramatic Literature from the Faculty of Art and Architecture at the Islamic Azad University Central Branch in Tehran. She has worked on the arts sections of various newspapers, websites, and journals for over eight years, and currently works as a freelance translator for Trend News Agency and UNICEF. Her scholarly work includes an academic essay published in Tehran University Honar Haye Ziba (Fine Arts) Journal in 2016. Her paper was accepted to the Shakespearean Communities conference at the University of Portsmouth in the UK, in 2016. Her other work in theater includes collaboration with Papion Theatre Group and public relations for the 400th anniversary of Shakespeare’s death in Tehran that was hosted by the Tamashagan Institute of Performing Arts. She has also held a solo photography exhibition in 2012. 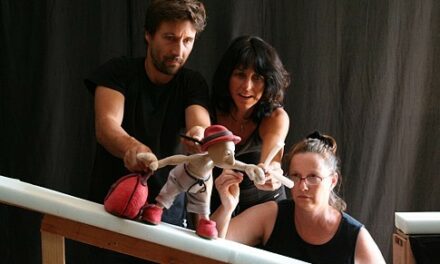