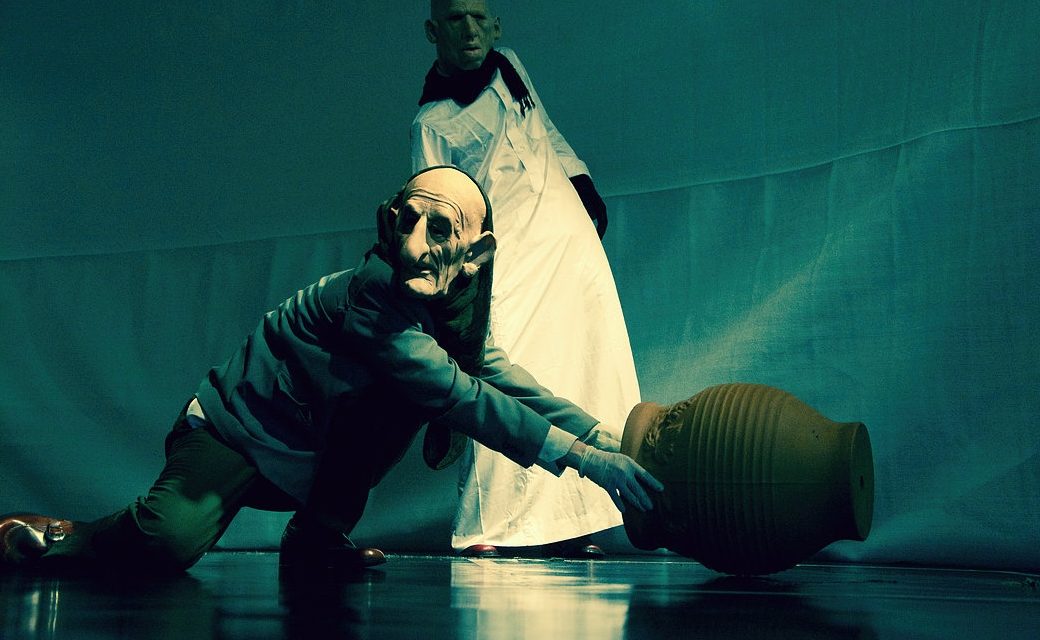 A physical theatre play titled Pillars of Blood (Piliere Krvi) will be performed by Iraqi Bodies as part of the ongoing 23rd Cairo International Festival for Contemporary and Experimental Theatre. Directed by Anmar Taha, the performance will be staged on 27 and 28 September at the small hall of the Cairo Opera House.

The play is created by Iraqi artists who are currently residing in Sweden. The history of the troupe named Iraqi Bodies goes back to 2002, when it consisted of students of theatre and performance art at the Academy of Fine Arts in Bagdad. When in 2007 one of the troupe’s members was killed in a religiously-motivated attack, the troupe froze its activities. Anmar Taha was wounded in the same incident.

In 2009, Taha emigrated to Sweden, where he began working with the troupe members who fled there around the same time.

The play represents an exile theatre, in which the actors tackle the memories of their war-torn homeland, unveiling the human atrocities of the world today.  Toying with concepts such as death, killing, and suicide, in several scenes, the actors wear animal masks suggesting comparisons between what is human and what is animalistic.  The group’s take on the show:

In a time too distant to imagine, too absurd to be recognized I witnessed an act that left me in a perpetual state of torment. It still has not left me. It never will.
Let me tell you a story.

This is the point of inquiry. A deconstruction and historical tracing of λόγος – Logos. The Western logos entered the stage of the world theater in the Ancients referring to the law/reason of the divine of which mortals could discover the ultimate truths of the universe. Cutting some thousands of years short we ended up in the resignation and death of god to be left with a non-transcendent logos. Free standing, independent of any ultimate truths or divine interventions – what we today call logic has developed into the faculties of which we place judgment and separate good from bad. In the East a different tradition and development took place. From scholars investigating the foundations of our mind through Ibn Sina to poets like Rumi they were too caught up in mending reason with religion that they missed – or perhaps weren’t even invited – to the burial of God that took place in the West.

This is not a critique. It is an exploration. An important exploration. The tides are changing in the world, in our countries, our homes, our families – we need to be aware of where it is taking us. The question is political – in its truest sense. Although, when confronted with the expression of political theater we shudder. The shudder comes from the threat of politics imposing its superficiality on the art of performance. The theater already bears in its core politikos; to be of, for, or relating to citizens. There is no need to superimpose something that is already there – working silently in the expressions of the senses.

Pillars of Blood has no definition. It is a state of poetry. Of questioning the blood stained pillars of our communities.

Borrowing themes from Albert Camus’ protagonist Caligula we too search for the impossible in the midst of our illogical everyday lives. We invite you to a performance devoted to crossing the borders of the possible. 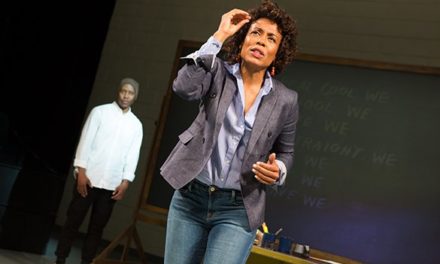